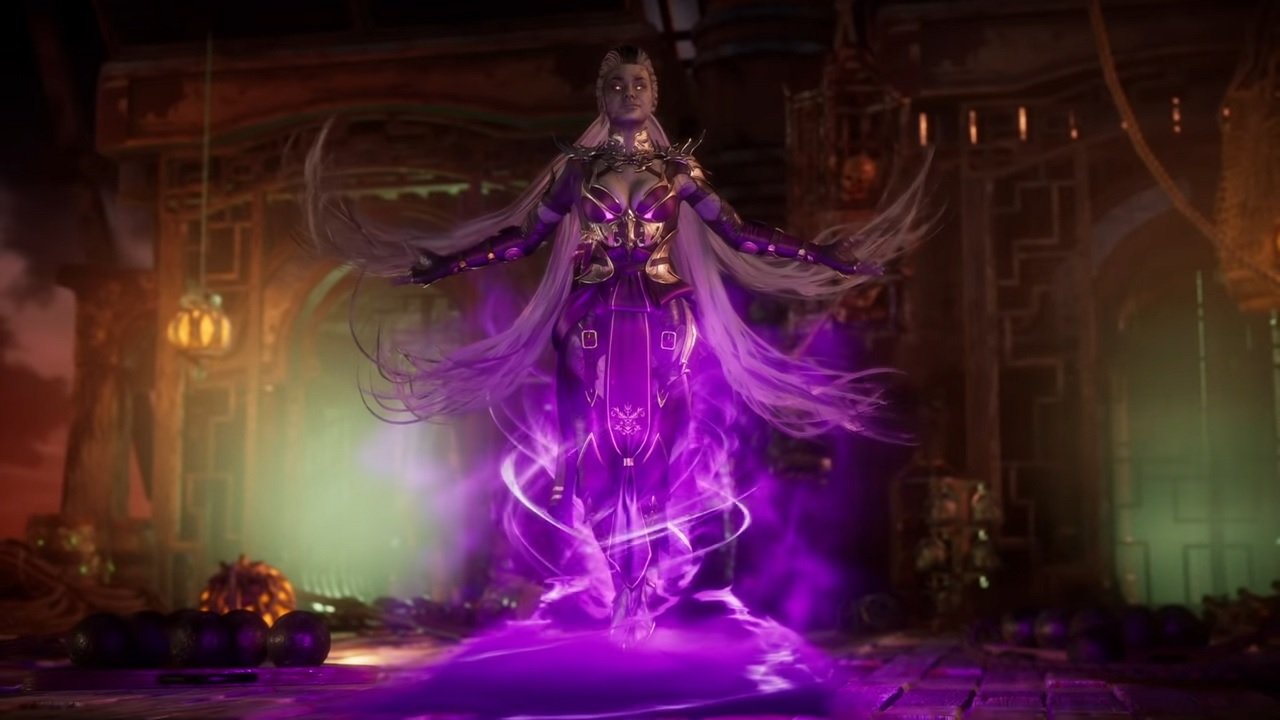 As we make our way little by little through the Mortal Kombat 11 Kombat Pack DLC, it’s been pretty good so far, but now we’re in the final stretch. Terminator just came out, which means only Sindel, Joker, and Spawn await us, and it’s the Scream Queen’s turn up next. NetherRealm Studios released a gameplay trailer of Sindel in action, and between some tricky zoning, upfront brawler antics, and the deadliest of split ends, she looks to be force fit to be queen.

The Sindel gameplay video was launched on November 14, 2019 via Mortal Kombat’s Twitter and YouTube. It kicks off with Sindel coming up against her EarthRealm rival Nightwolf (also in the Kombat Pack and launched earlier). After some banter, we get a good look at Sindel’s style. It’s surprisingly personal and almost brawler-like at times. Sindel is looking like she’s going to have plenty of tricky and ranged options between her hair as a weapon, a new spear, her screams, and energy attacks, but her up-front attacks also look pretty mean and varied.

That said, anyone looking to play Sindel as a frustrating zoner looks like they’re going to be satisfied. As you can see from the trailer above, Sindel has her flight back with a power burst to knock chasing opponents up for a combo, several in air and low projectile attacks, a few staggering scream attacks, and more to keep the fight at a distance or close the gaps as she wants. It will be hard to know exactly where these abilities will fall until we get a new Kombat Kast explaining her variations, but at first glance, Sindel looks like she’s bringing a good range of close-range and long-range versatility to her gameplan.

What do you think of the Mortal Kombat 11 take on Sindel? Are you ready to blow some eardrums and whip that hair back and forth? Let us know in the Shacknews Chatty comment section below!