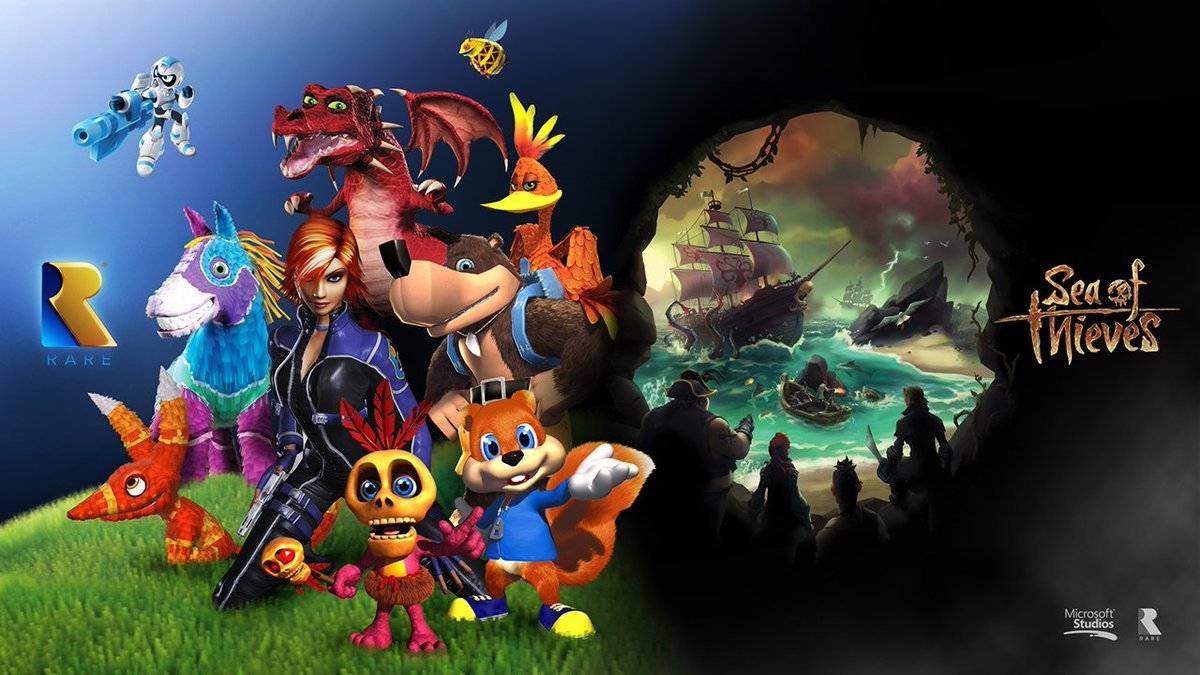 It’s an exciting time to be a fan of Rare as the studio has just announced their next game: Everwild. Though little information is known, fans were given a brief look at what lies ahead.

The Everwild reveal was made during Inside Xbox at the X019 event in London. This event is an annual celebration of all things Xbox where fans can congregate to experience the latest announcements, get some hands-on time with games, and face-time with developers.

For Rare, it was an opportunity to not only showcase what’s coming to Sea of Thieves, but also flaunt their latest IP. Not a whole lot if currently known about Everwild, and it’s likely still a fair way out from release. Sea of Thieves was originally announced at E3 2015, and it was three years later that it sailed out and into the wild.

In a press release, the Studio Head at Rare Craig Duncan had the following to say about Everwild and its development:

While Everwild is still early in development, we are very excited about the unique potential of the game we are creating. The Everwild team is focused on building an experience that allows for new ways to play in a natural and magical world. The development team, led by Executive Producer Louise O’Connor, is creating something truly original and incredibly special that aims to be more than just a new IP. Everwild will give you memorable, engaging and meaningful experiences for players everywhere to share. We cannot wait to share more with you in the future.

From this, it sounds as if Everwild is going to be some sort of fantasy game. Perhaps we could be seeing Rare’s take on a Fable-like experience. Whatever it is, it’s bound to sound and look incredible, as is the case with Rare’s vast wealth of titles.

With two major titles now being developed at the UK-based studio, there are those who might fear Rare might take their foot off the gas with Sea of Thieves development. Craig addressed this in the release too, stating “While Everwild and the team building it will get everything they need, we are still fully committed to Sea of Thieves -- Joe, Mike, Shelley and the team still have plenty of creative ideas and plans to bring to Sea of Thieves for a long time to come and we have a number of central teams that support both games”

Now that Everwild has been revealed, all that’s left to do now is wait for more announcements to be made about Rare’s next IP. Given that the announcement is made now, we could wind up seeing a larger reveal at E3 2020. It’s definitely an exciting time to be an Xbox player. For more information, check out the Everwild page on Xbox.com.