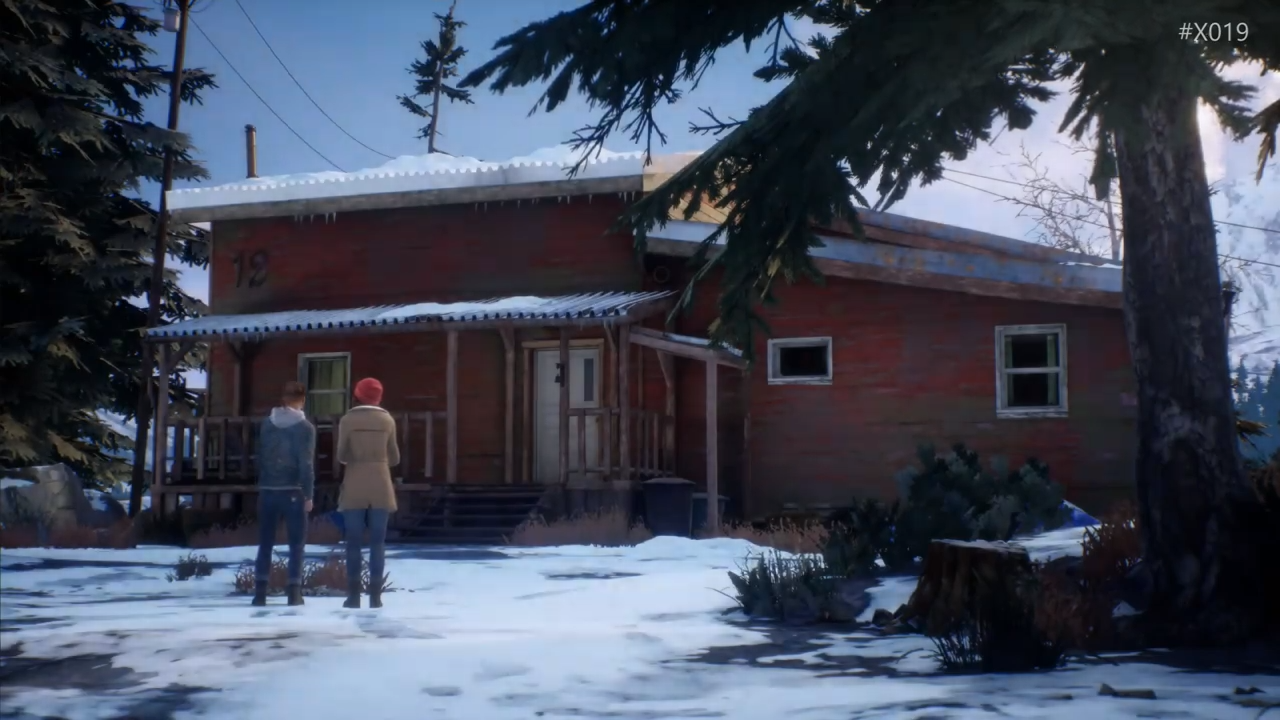 Life is Strange 2 is set to wrap up in the next couple of weeks, so it's worth asking what developer Dontnod Entertainment has lined up next. That question was answered during Thursday's X019 presentation, as the developer has another episodic story-based game lined up. This one's being done in conjunction with the Xbox Game Studios team and it dives into the story of two twins looking to discover their identities. It's a game called Tell Me Why.

Tell Me Why moves away from Life is Strange's Oregon setting and goes further up north to Alaska. This is where players meet Tyler and Alyson Ronan, twin siblings who use their bond to look back at their troubled childhood as they search for a way forward. Like the Life is Strange games, Tell Me Why will touch on LGBTQA themes, with the studio noting that Tyler coming to terms with his identity as a transgender man will be a major theme.

"The core mechanic of the game is the special bond Tyler and Alyson share and is also a theme strongly anchored into the Dontnod storytelling approach," Tell Me Why Game Director Florent Guillaume said via press release. "Over the course of the story, players will explore the identical twins' different memories of key events and choose which memory to believe. Ultimately, the choices players make determine the strength of the twins' bond -- and the future course of their lives. We love them both. And we are especially grateful to Microsoft for its full support, openness and help regarding Tyler’s identity and character, as a transgender man."

Microsoft is touting Tyler as the first transgender protagonist to come out of a major video game publisher and studio. In an effort to get this story right, Microsoft has consulted with GLAAD to help shape Tyler's story as one authentic to the transgender community.

Don't look for Tell Me Why's story to be drawn out over a long period the way Life is Strange has been. Dontnod is committed to getting all three of the game's episodes out in a timely manner. Look for all three of Tell Me Why's chapters to release over the course of Summer 2020. The game will release on PC (both through the Microsoft Game Store and Steam) and Xbox One, available through Xbox Game Pass on day one. Visit the Tell Me Why website for more information.