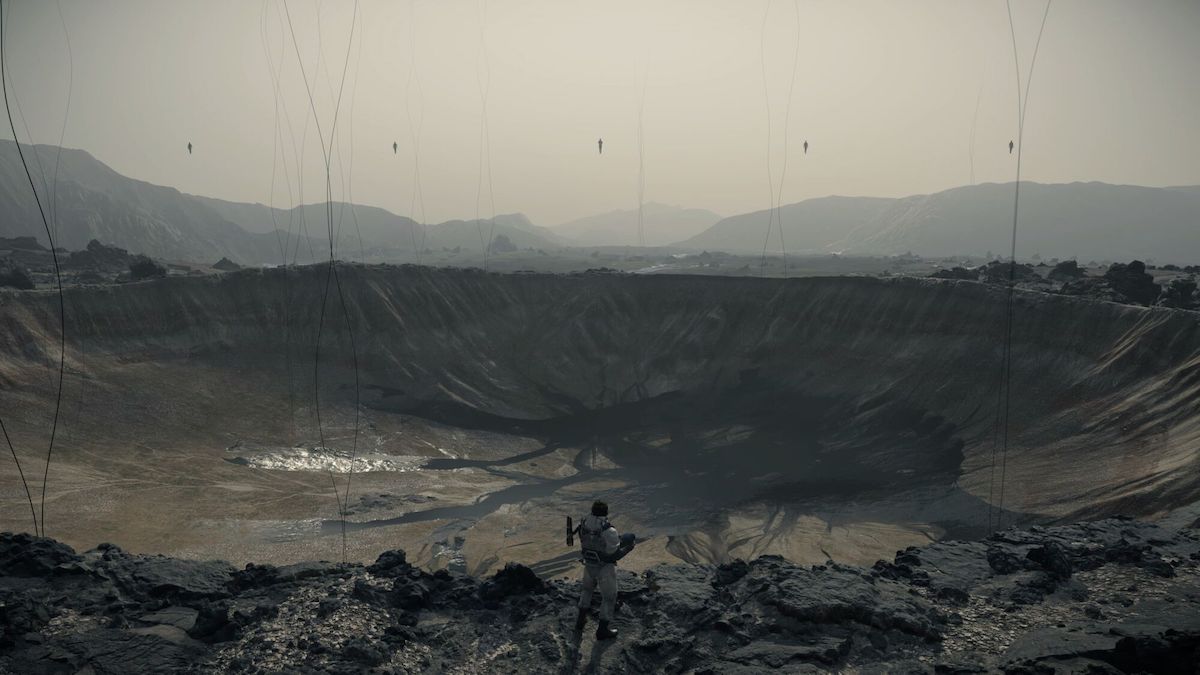 How to cause a voidout in Death Stranding

Death Stranding takes place in a timeline where the United States of America (and presumably the rest of the world) have been destroyed by destructive explosions called voidouts. Stemming from the deaths of regular people, a single corpse left to necrotize can destroy a massive amount of area by triggering a voidout.

As it happens, Sam Bridges can also cause one, if you want to make him go through all that. If you're looking to shake some things up, we've got all the information you need to learn how to cause a voidout. Be forewarned, though – you may simply be making more work for yourself since you'll drastically be changing the way your game looks (i.e., making a huge and difficult-to-traverse crater.)

How to cause a voidout in Death Stranding

If you want to trigger a voidout, you need to ensure Sam dies in a particular way. Normally, when you die, you'll simply be sent to the underwater world known as the Seam. Sam can seek out his body here and then return to the surface. You'll then "repatriate" and come back to life.

However, if Sam is eaten by a BT (a beached thing), one of the ghostly apparition-like creatures that can be found throughout the land, he will not return to the Seam. He will essentially die, leave a corpse, and leave a voidout in his wake Doing this is pretty simple. First, you need to make sure you find a BT and get dragged under the surface by it. That's easy, since all you really need to do is sit still in that situation.

Once you've been dragged under, you'll face off against a giant BT. Occasionally, they'll try to eat you. Don't fight back and just let it happen. You'll know you've been eaten and killed when the screen zooms in to Sam's body and then zooms out not where you passed away, but by a voidout crater.

The new voidout crater will be massive, and you cannot access it given that there will be an energy barrier around it. To that end, you need to be a bit strategic about where you decide to trigger them. Don't make the game harder for yourself, as these cannot be undone once you cause them, much like the natural events that occurred in the game's fiction.

Now that you know how to cause destructive voidouts as you travel across the landscape, don't miss our exhaustive  Death Stranding guide for even more helpful tidbits to keep you at the very top of your game.

Is Tilted Towers coming back to Fortnite?
Login / Register