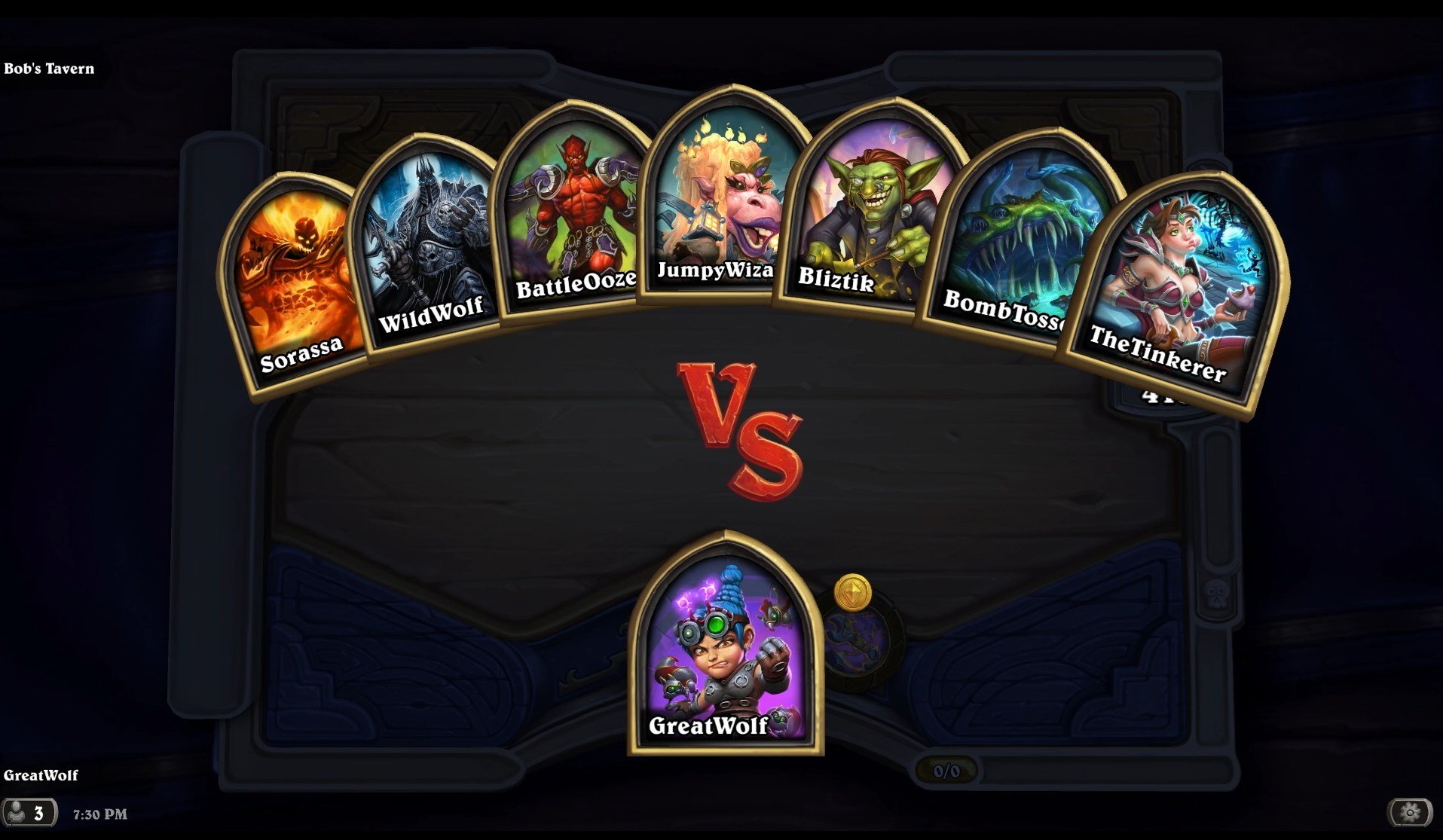 Hearthstone Battlegrounds has been in early access for a week, but this new twist to Blizzard's card game is set to make its debut to everyone this Tuesday. The open beta is hours away from opening up and for many, this will mark a new way to play Hearthstone. Battlegrounds is a cross between the typical Hearthstone experience and the auto battler genre that has spun off from games like League of Legends and Dota 2. If you're new to the auto battler genre, there's a lot to learn here. For Battlegrounds, one of the biggest questions will involve knowing which hero to select.

Fortunately, Shacknews is here with a full guide to the 24 heroes of Hearthstone Battlegrounds. Some will clearly be better choices than others. We're going to offer our tier list for Battlegrounds' 24 heroes, along with a breakdown of why they are or aren't good to use. So let's jump right in.

S Tier - I am power incarnate!

Infinite Toki is a sure-fire bet for the top tier by her Hero Power alone. Temporal Tavern gives you a refresh and adds a minion from the next tier up at no extra charge. In the late game, this can mean all the difference and could give you something like an early Mama Bear, Zapp Slywick, or Kangor's Apprentice. (Editor's note: Hearthstone Battlegrounds has since been updated to increase Toki's Hero Power from 1 to 2. Still worth it!)

AFKay goes up here because of the sheer advantage she gives you in the early game. While most players start small and hope they get the killer last piece they need in the late game, AFKay allows them to get the big buildaround piece early and adjust their rosters from there. A Turn 3 Junkbot is potentially huge.

If you want to build around Mechs, Millificent Manastorm is your choice, thanks to her passive Tinker power. Beefed-up Mechs do very well in Battlegrounds, especially if one of them is Junkbot. The Curator gives you a 1/1 Amalgam at the start of the game, which means it can get any tribe-specific buffs offered by Battlegrounds' various minions. That can go a long way in the early and late game. The Rat King operates similarly to Millificent, except for two key points: the buffs are bigger and the tribes that get the buffs switch off every turn. The Rat King can be a big help in the early game, but in the end, you'll largely place your fate in the hands of luck.

B Tier - Do not fear power! Fear those who wield it!

Dancin Deryl is good for those who know how to manage their tokens early. Selling that leftover Tabbycat or that useless 1/1 Murloc can do a lot of work later down the line when it comes to boosting minion stats in Bob's Tavern. Yogg-Saron, Hope's End can also improve minion stats, but its effects are much more random. Still, Yogg is good in the early game.

The Lich King can be great in the late game, depending on how you work his Reborn Rites Hero Power. If you grant Reborn to something like Kangor's Apprentice or one of your Junkbots, it might give you the extra resources that you need to survive a harrowing combat phase. George The Fallen has an expensive Hero Power, but the ability to give Divine Shield to anything cannot be undersold. Putting a Divine Shield on a Zapp Slywick or a Mama Bear is huge, given what they can bring to the late game.

Shudderwock and his double Battlecries is great in the early game when you can pump out double tokens. Used in select strategies, it can be a destroyer of worlds. See what you can do with Shudderwock and Pogo-Hopper.

C Tier - Let's get it right this time!

The Great Akazamzarak leaves you mostly to your own devices, with the exception of some Secrets. Some of these Secrets can be pretty useful, like Splitting Image or Venomstrike Trap. Ice Block will save you outright if you take lethal damage. If you draw it early, play it and save it for that lethal turn, which could mean the difference between a finish at the bottom of the pack and a Top 4 placement. Bartendotron likewise leaves you to your own wits, but it does give you a minor discount when it comes to upgrading your Tavern. Trade Prince Gallywix operates similarly, in the sense that if you find a field of minions you want to freeze and still have a Gold left over, you can carry it over to the next turn.

King Mukla will make you want to collect Beast tokens early and often, because they'll each add a Banana to your hand once they're sold. Use the banana to power up something like a Cave Hydra and go from there.

Professor Putricide will give your leftmost minion +10 attack, which sounds great on paper. In fact, it sounds pretty darn good on a Foe Reaper 4000 or a Cave Hydra. The problem is, you're not always going to attack first and if it dies on the opening strike, you've got nothing. Plus, your entire strategy becomes largely dependent on finding those specific minions. If anything else gets that +10 boost, it'll likely barrel straight into a Divine Shield, at which point the attack boost means jack.

Giantfin would like to give you Murlocs, lots of Murlocs. It gives your minions a Deathrattle where it summons a 1/1 Murloc. The problem is, 1/1 Murlocs are really of no use to you in the heat of the late game battle. While dead Beasts can power up Scavenging Hyena and dead Mechs can boost Junkbot, dead Murlocs can't really do anything. So the Hero Power is a waste.

Queen Wagtoggle offers a modest health boost to some of your tribal minions, but the boost is too modest to really make any kind of difference. Lich Baz'hial works similarly to Trade Prince Gallywix, except instead of surrendering one Gold, you're surrendering three health. That really starts to add up in the late game for a reward that really makes little difference in the long run.

Ragnaros the Firelord is awesome in the early game, dealing eight damage to two random minions. But as health totals rise in the late game, eight damage means very little. At best, it can pop some Divine Shields and maybe do some minor damage to Zapp Slywick. You could hit a Mama Bear, but RNG says that you probably won't.

If you think Queen Wagtoggle's Hero Power boost is modest, Pyramad's is just stingy, only giving a single minion +1 health. Lord Jaraxxus already asks a lot of you by favoring Demon decks, but giving you a +1/+1 boost for a whopping three Gold is just madness. Patches the Pirate asks, "What if we took the Ragnaros Hero Power and made it much weaker by only having it deal three damage to two random minions?"