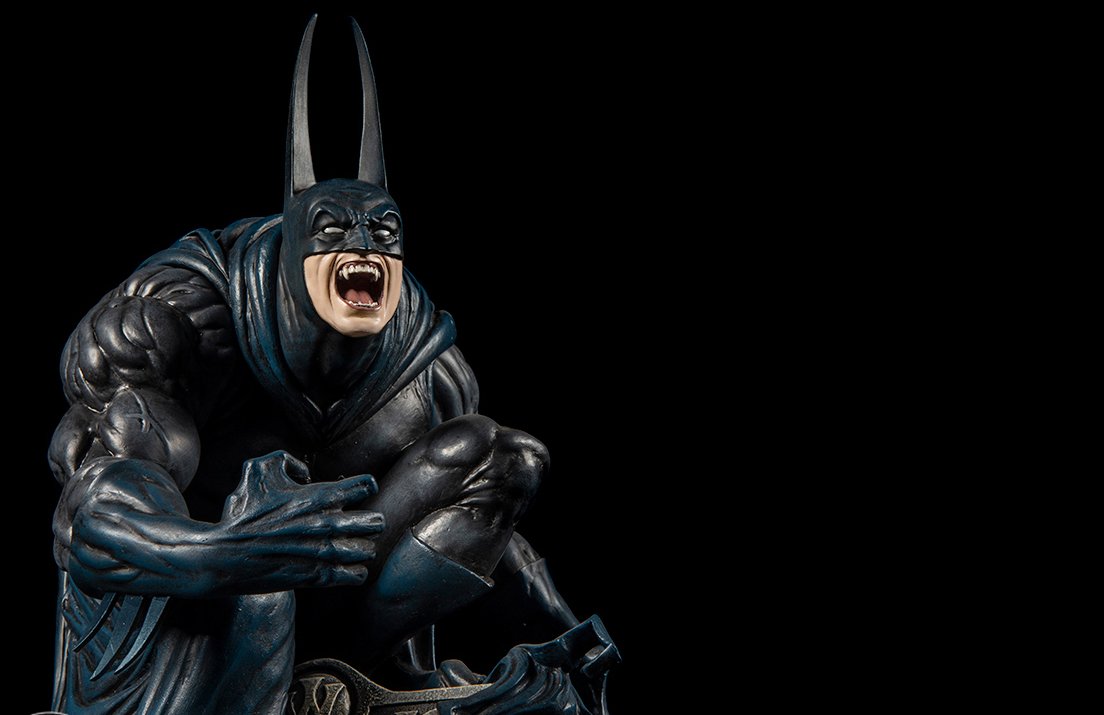 XM Studios interview: A look at the 2020 product line-up

There’s nothing quite like setting up an impressive sculpture of your favorite character. Whether it’s from music, comics, television shows, movies, video games or some other form of entertainment, showing off your passion is always exciting. The team at XM Studios have been hard at work creating incredibly detailed figures that would look excellent on a collector’s bookshelf or back-lit display cabinet.

We had the pleasure of speaking with Alex from XM Studios all about their 2020 product line-up. We also got to take a look around the booth, where many of the products were on display. Please check out the video below!

One of the first pieces that caught our eye was a breathtaking 1:6 scale sculpture of Darkseid versus the Justice League. Darkseid strike an impressive figure in the midst of the smaller Justice League heroes. Alex mentions that Darkseid is going to be a major character coming up in the DC movies soon and likens him to the “Thanos of the DC world”.

There was also a Batman figure on display, which is the only traditional sculpted piece that they hold. This Batman is the Bloodstorm version, featuring Batman sat atop a tombstone. It comes with two heads, one of a sombre Batman, the other with the fangs bared. XM Studios also had a stunning Harley Quinn statue. The Harley in question was from the Batman Samurai series, featuring the samurai helmet, a massive mallet, all while perched on the side of a pink scooter.

Also on display at the XM Studios booth was Eddie of Iron Maiden fame. This monstrous figure is based on an Asian tour poster of Eddie riding a mythical beast. While he couldn’t go into much detail at the time, Alex did mention that the studio is working on expanding the line.

Though XM Studios doesn’t hold a Marvel licence in the US, would-be shoppers can check out their wares on their official website.

If you love the work of XM Studios, and all things related to gaming culture, make sure to subscribe to the GamerHubTV and Shacknews YouTube channels. We often feature news and information on all the various cultures in gaming!