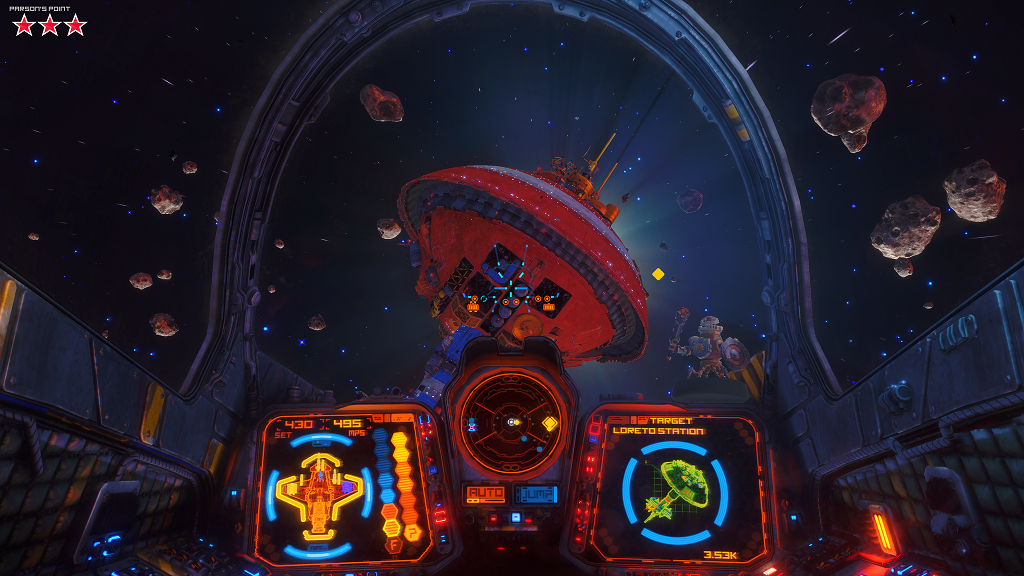 Can't wait to get your hands on Rebel Galaxy Outlaw's Switch version? Well, it's not quite here yet. But we do have a fun glimpse of the first gameplay from the port, piping hot and ready for you here.

There's seven minutes of Rebel Galaxy Outlaw footage here for you. From what we can tell, it doesn't look like it's taken a hit in terms of graphics or gameplay at all. It looks great! And the Switch looks like the perfect destination for this interstellar adventure. For the unintiated, the game has you taking to space to conquer a series of missions, stopping for intense dogfights along the way. You get a variety of different ships, can interact with individuals throughout each stop, and there are even a series of minigames to play.

I originally went hands-on with Rebel Galaxy Outlaw and loved what I saw of the custom creator you can mess with in-game, sort of like a miniature, full-featured Photoshop.

"As I watched over Baldree's shoulder, he showed me how you can select just about any image from your PC and use it as a "stencil" on the ship, adding flourishes to your vessel in the blink of an eye, whether you're a Photoshop whiz or not. Then, with a few clicks of a button, he sent an edited and finished ship to presumably a third-party manufacturer to make a 3D-printed model of the creation, which you'll actually be able to receive in the mail."

The game's out now for PlayStation 4 and PC, but the Switch version is coming soon. Just a bit longer before you can hit your thrusters and touch down with that sweet space journey to take it wherever you go.