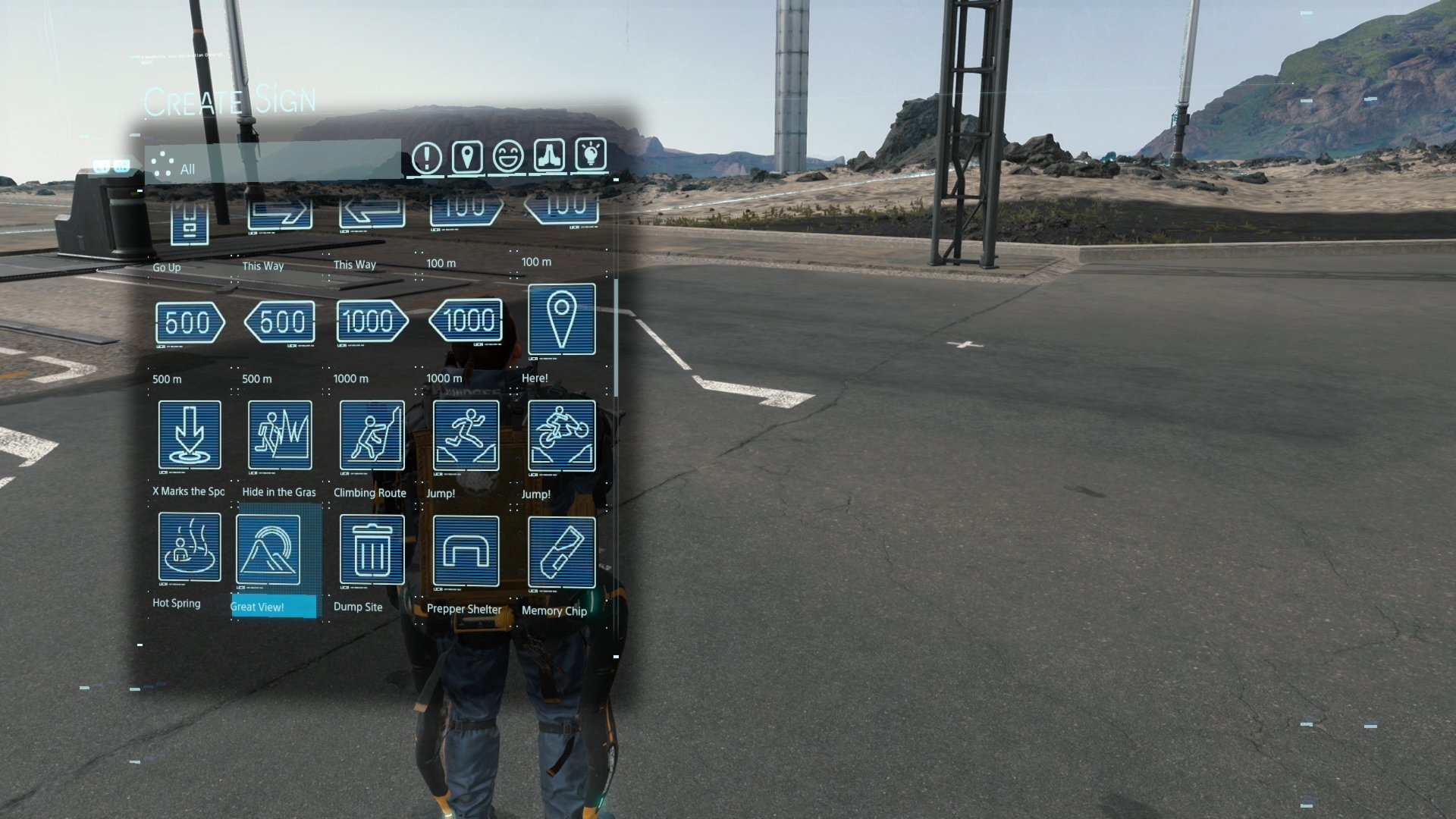 How to place signs in Death Stranding

How to place signs in Death Stranding

Placing signs can be a great way to keep in touch with other players in Death Stranding, where the world acts as a shared universe for other players. Much like the various signs and bloodstains that you can find in games like Dark Souls, signs allow players to leave different messages behind.

To leave a sign behind, simply press and hold L1 and then press Triangle. You’ll be able to choose the type of sign you want to leave behind, as well as write out a message for it. Now, obviously you’ll want to avoid big spoilers, but putting down signs letting others know about potential Timefall areas, and BTs is more than fine to do.

There is an assortment of signs that you can place down on the ground around the world, so make sure you explore them each to find the one that works for the message that you’re trying to leave behind. When you’re happy with the sign, select where you want it and write out the message you want to leave behind. You can then head along your way.

Make sure you know how to access the Private Room so you can bathe, pee, and recover your stamina in Death Stranding.

Something to keep in mind with signs, though, is that they won’t show up for every single player that comes through that area. Instead, players will see instance amounts of signs. This is to keep things from being overwhelming and detracting from the experience altogether.

Now that you know how to place signs, head back over to our Death Stranding guide for even more helpful information and content.