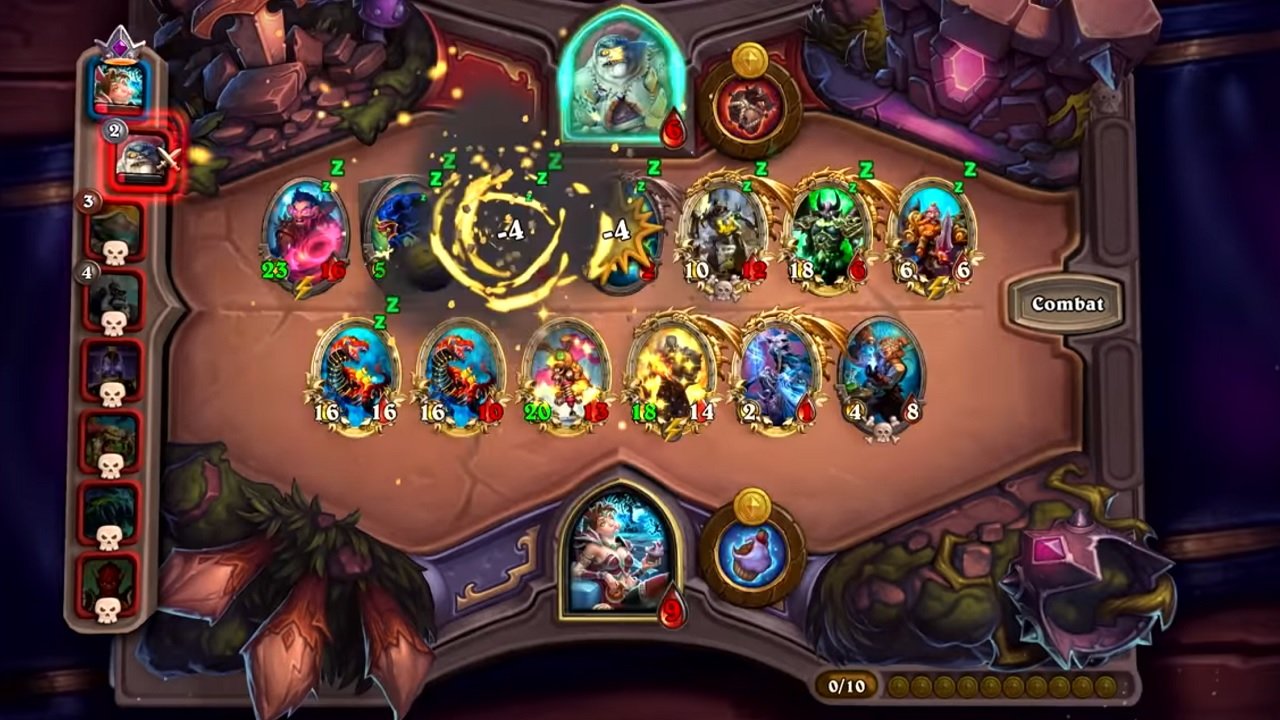 Though players who purchased Descent of Dragons will get in on the action early, Battlegrounds is otherwise free. In the November 12 Beta and upon release, the game mode will be available to anyone with a Hearthstone account. Just log in and you can take part.

The Beta will launch with 24 Heroes to choose between, each with their own Hero Power that changes how they play and recruit minions. As you get ready to play in a room of eight players, you’ll recruit minions for your board in between rounds instead of starting with usual card decks. Spend your gold wisely, recruit well, and win rounds against each player to try to come out in the Top 3 of the overall match. If you want to learn more about Hearthstone Battlegrounds and how it plays ahead of the Beta, be sure to check out the Hearthstone website’s handy rundown.

With DOTA 2 and League of Legends’ Teamfight Tactics having proven how popular and fun auto chess modes can be, Hearthstone’s entry into the genre seems like a no-brainer. Will you be playing the Battlegrounds Open Beta on November 12? Check out our hands-on preview from BlizzCon to see our early impressions of the game!