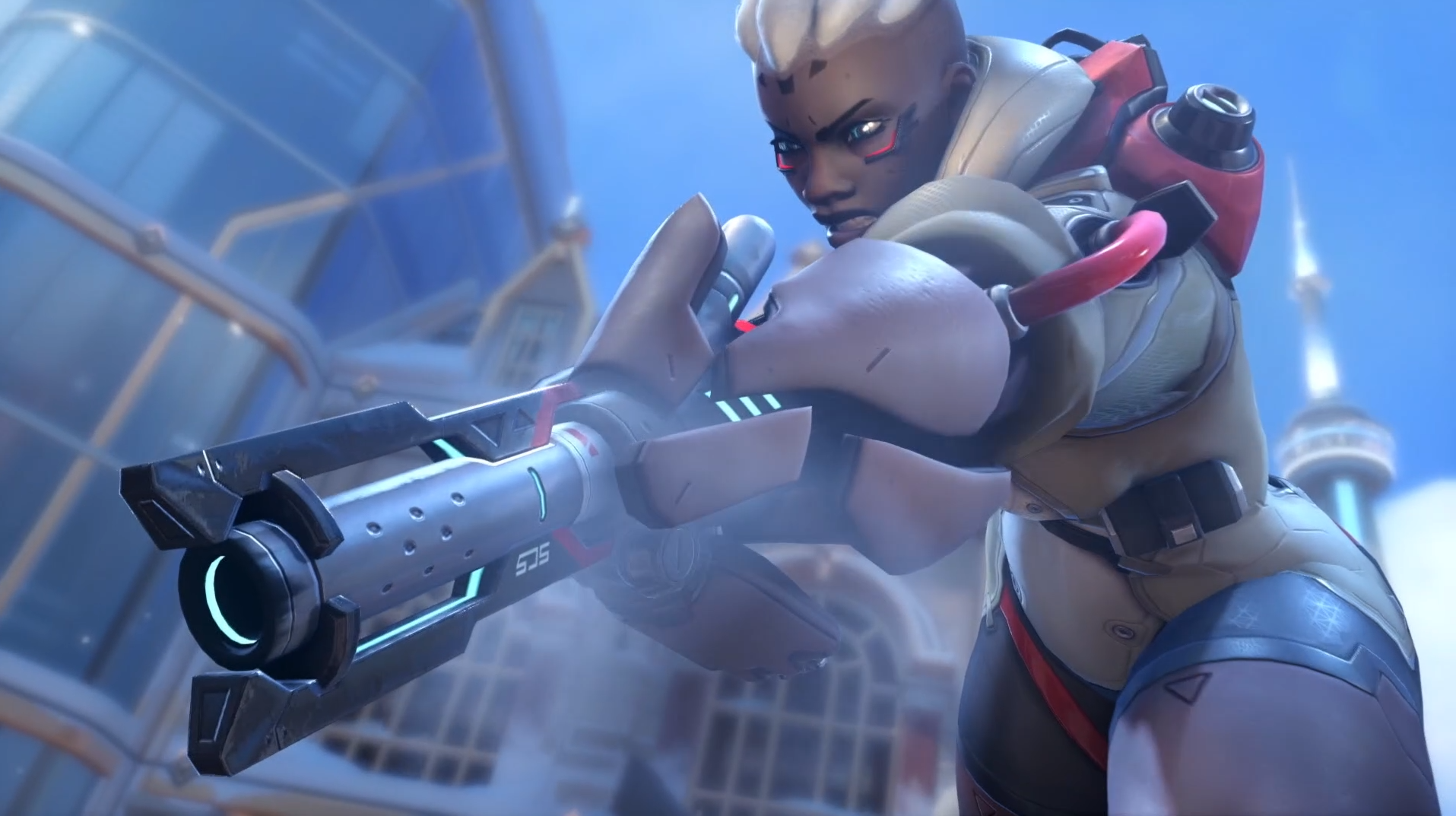 It's easy to get overwhelmed with breaking news as it hits from a live event, but one story I didn't want to slip by from BlizzCon 2019's opening ceremony was the announcement of Sojourn, the newest Overwatch hero. This will be the first time a black female character will be playable in the history of the franchise. Jeff Kaplan revealed Overwatch 2 gameplay at the presentation and we got our first glimpse of Sojourn in action. Please take a look.

Sojourn was a nonplayable character in Storm Rising, so Blizzard has definitely laid down the groundwork for this character's reveal. Today, players finally got confirmation that she will be playable in the next Overwatch game.

It is great for Blizzard's message of inclusion to finally reach this point. Some Internet detectives, like Andrien Gbinigie, have noticed that Sojourn is rocking a maple leaf on her shoulders, which could be a sign that she's Canadian. Which would also make sense, considering they announced a Toronto map today.

Sojourn has a maple leaf on her shoulder, which might hint at her nationality, Canadian. #Overwatch2 is also adding a new Toronto map. pic.twitter.com/UogoF238xS

This is truly an exciting day for fans of Blizzard games, but Sojourn's announcement is truly a win for representation of minorities in video games. Having a playable black female character in Overwatch 2 means a lot, and it will be exciting to see her moveset and weaponry whenever Kaplan and crew give us more details.

In case you missed anything from BlizzCon 2019, check out our topic page. Blizzard also announced Diablo 4, a new 8 player Hearthstone autochess mode, and showed off a ton of great cinematic trailers. The Overwatch 2 Zero Hour cinematic trailer had some really touching moments.

What were your favorite BlizzCon 2019 opening ceremony announcements today? Are you still boycotting Blizzard? Did you never start boycotting them? Let us know in the Shacknews Chatty comment thread below.