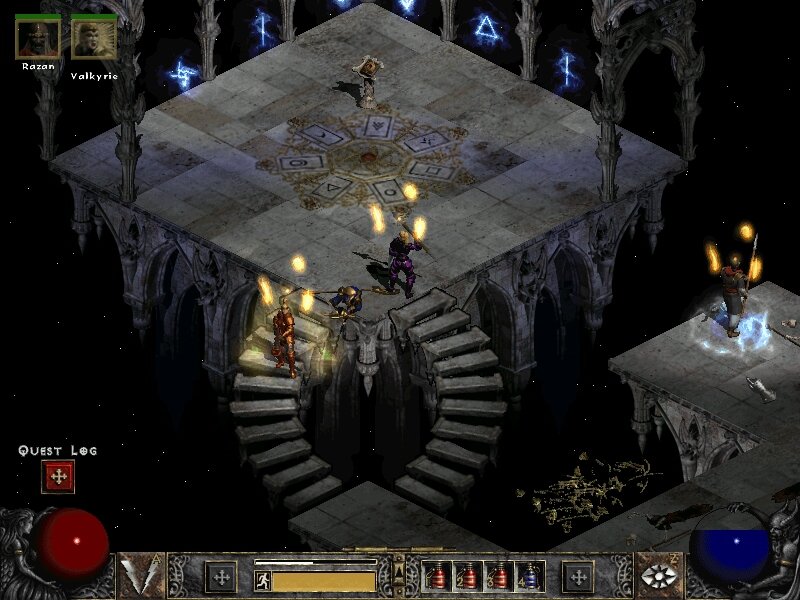 Where was Diablo 2 Remastered at BlizzCon 2019?

Announcements for Overwatch 2 and Diablo 4 were all but guaranteed thanks to info leaks ahead of BlizzCon 2019, but what about Diablo 2 remastered? Neither hide nor hair nor cloven foot was seen of one of Blizzard's most beloved titles. It could happen, when—pardon the pun—hell freezes over.

Diablo fans have been clamoring for Blizzard to give Diablo 2 an HD-ification for years, ever since Diablo 3's unveiling in 2008, when the Diablo 2 Battle Chest reappeared on bestseller lists due to fan enthusiasm. If you're new to the Blizzard family, you may not know that Diablo and Diablo 2 were created (spawned?) at Blizzard North, located in northern California until its doors closed in 2005.

Blizzard North was co-founded by Dave Brevik and Max and Erich Schaefer, three buddies who'd worked together in the past and decided to start a company of their own to bring one of Dave's ideas to life: a dungeon-crawler where players fought through dozens of stages to face off against Diablo, the devil itself.

Dave Brevik and the Schaefers left Blizzard North in 2003 under tense circumstances, but they still keep up with the franchise. Brevik has a particular fondness for the series, since it was his brainchild. Despite being gone from Blizzard for over a decade, he's stilled asked by fans if and when we might see Diablo 2 remastered.

His answer: Not likely, if ever.

In 2017, Brevik was interviewed by the scribes at Diabloii.net—the place for all Diablo news in the late '90s and early aughts—and admitted that Diablo 2's code may be irrecoverable. "I don’t believe a lot of the assets survived. I think that remasters are okay, they're fine, but you have to be really careful with remasters and there’s this delicate balance. For instance, the world of Diablo 2 is broken up into tiles."

Brevik elaborated that without the code, Blizzard Entertainment's developers would have to do an interpretation, which may end up feeling out-of-whack. "If you do a remaster, this is going to sound terrible, I am going to sound like an old fogey here, but kids these days don’t understand how games were made back then. They were nothing like they’re made today. Everybody would just make 3D artwork and put it on a 3D grid which works except for it doesn’t work. Because the moment that you change the fundamental way that you interact with the game and you move around the world, you’re changing the game."

Continuing, he said that "They could do it but they will have to go out of their way to ensure that they are simulating the way that the game works in 2D instead of making it 3D, if that makes sense."

The point of a remaster—as opposed to a remake—is to take the same game and touch it up. Fans of Diablo 2 would want the game they remember with better graphics, not something almost-but-not-quite the same thing.

There's a pot of gold at the end of the rainbow (another Diablo joke, I'll see myself out), though. Take a gander at Diablo 4's gameplay reveal from earlier today at BlizzCon 2019, and any Diablo 2 fan should recognize plenty of similarities. We may never get an HD version of Diablo 2, but Diablo 4 looks primed (evil!) to be the next best thing.