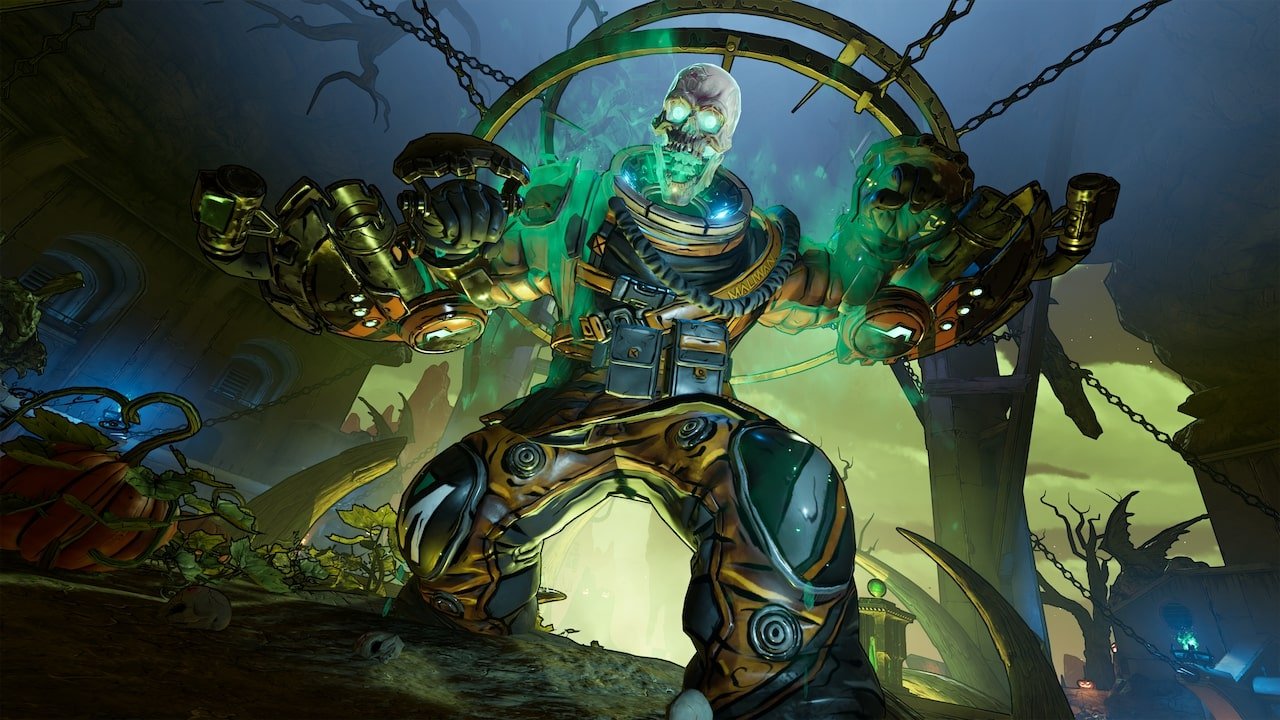 It's almost time for the Bloody Harvest event to kick off. Set to arrive later today, the newest update for Borderlands 3 brings the new event, as well as some other changes and fixes. If you're curious to see what all the Borderlands 3 October 24 update has to offer, then we've put together a list of all the patch notes below, so let's dive right in to see what's new.

As always, today's update is set to arrive sometime before 3 PM PT. When exactly, though, is unclear, so just look out for any update notifications as you're playing today. You'll know that the patch is live when the menu becomes spooky, marking the start of the new event. As far as updates go, this one is pretty hefty, bringing some much anticipated featured to console players like Mayhem Mode in True Vault Hunter Mode, as well as Photo Mode support, and the ECHOcast Twitch Extension. We've listed off the entirety of the patch notes below, but you can also view them on the original blog post.

As you can see, this update brings quite a few stability and bug fixes, things that players should look forward to experiencing. Also, in the original post about the patch, Gearbox stated that they are hard at work sorting requested features like skippable cutscenes, additional Mayhem Modes, and of course, a massive bank increase at some point down the line. You can always head back over to our Borderlands 3 guide for more info about the game, where you'll also find a slew of great strategy content to assist you in finding the coolest guns and Easter eggs.