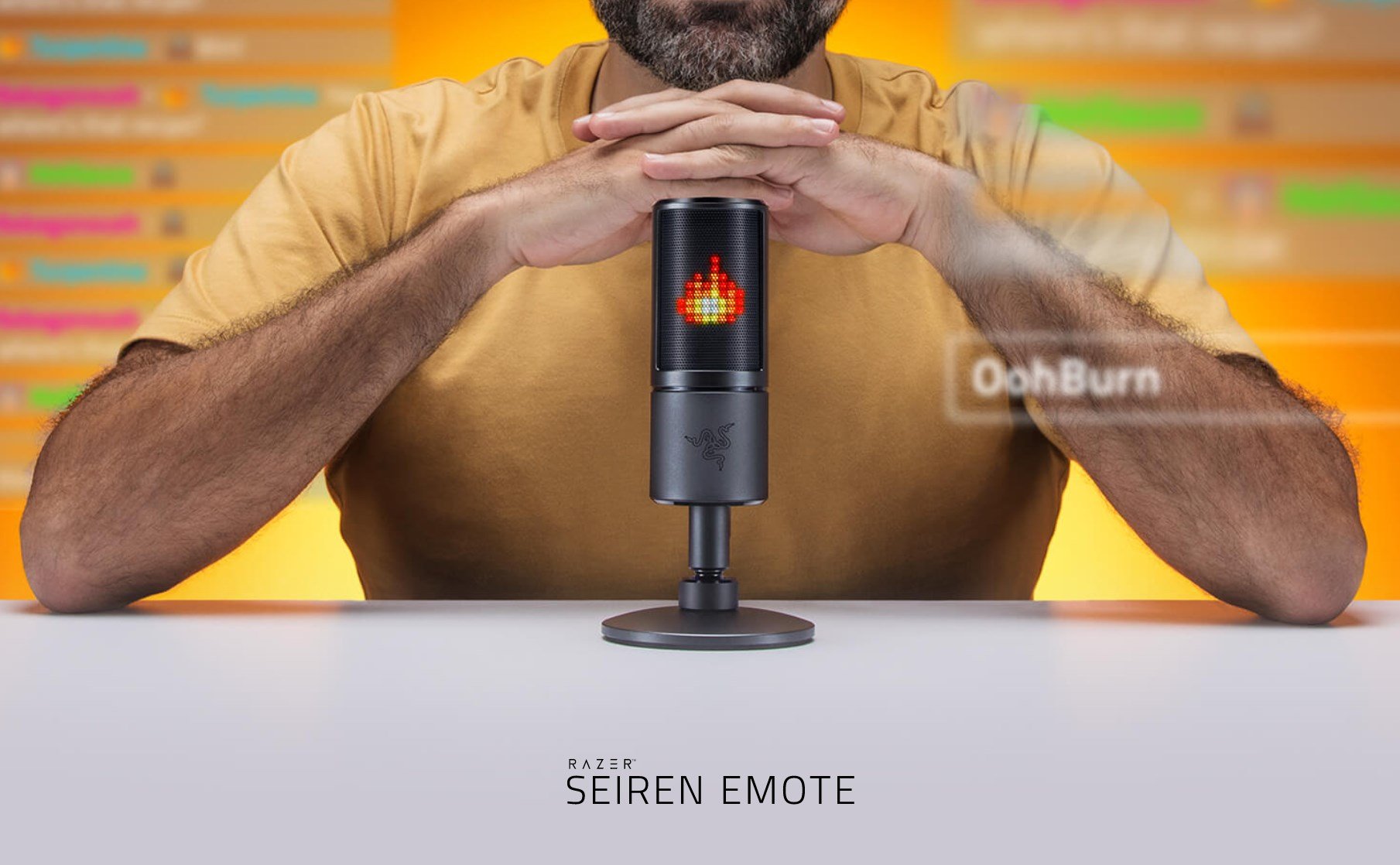 Unboxing the microphone, the Razer Seiren Emote contains the microphone itself, as well as a tangle-free USB cable. The mic also comes equipped with two possible stands, including a standard short stand, and a gooseneck stand. This allows you to really situated which stand works best for you, both of which offer a solid attachment area that doesn’t budge much under pressure.

The sound quality of the Razer Seiren Emote itself is about what you’d expect for a microphone in the $179.99 price range and Razer has done a solid job all around. Sensitivity on the Seiren Emote is a big strong, though, so some users with loud voices will want to dial it back a bit. As far as raw sound goes, the gain is a good level overall, and there wasn’t a whole lot of noise pickup when we tested it out at around 65% of the total volume.

You can, of course, check out the full unboxing and review for the Razer Seiren Emote above. The big standout on the Seiren Emote from other microphones is the built-in software that allows you to integrate different reactions from your streaming setup. This allows your audience to send emotes across the microphone itself, which gives them a new way to interact with you throughout your streams.