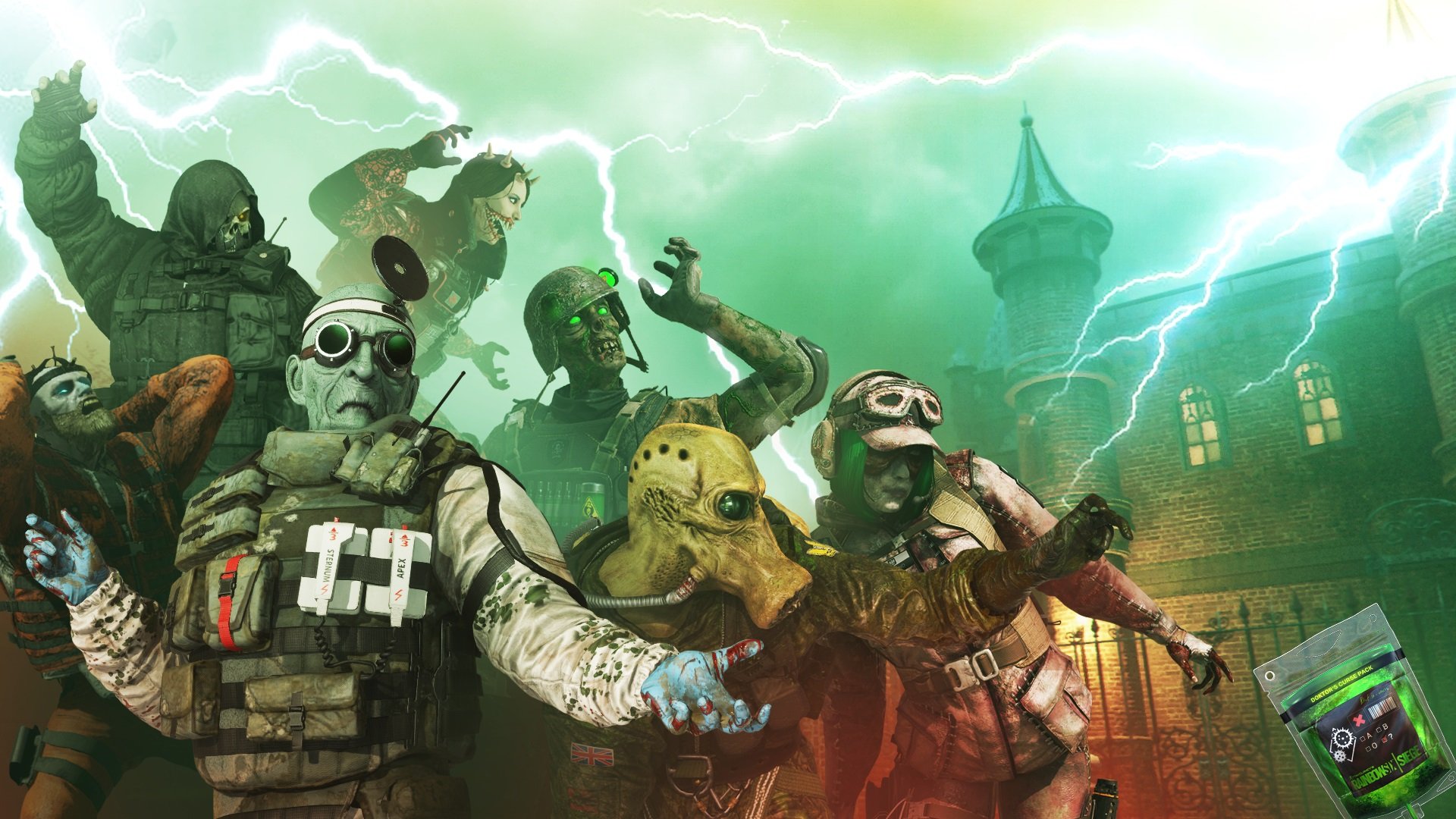 Tom Clancy's Rainbow Six Siege has been all about thwarting terrorism and stopping global threats. Normally, those threats are of this world, but what happens when Ubisoft Montreal dives into the supernatural? The Rainbow Six Siege Operators are now dealing with one of their most bizarre missions to date, as they must deal with a mad scientist in this year's Halloween event, the Doktor's Curse.

Rainbow Six Siege players are likely familiar with the Theme Park map, but things are taking a bit of a twist for the Doktor's Curse. A mad doctor has moved into the castle located within Theme Park and is bringing to life all sorts of things that should not be. This sets the stage for a new iteration of Siege's 5v5 sessions.

The Attackers will employ five Exterminators, who blend together different Operator abilities with Sledge's giant hammer. The hammer can be used to breach walls, as well as put a hurt on the Defenders. They'll also have access to either Jackal's Eyenox Model III, Lion's EE-ONE-D, or Pulse's Cardiac Sensor gadgets. The Attackers must contend againsit a Defenders team that includes warped versions of Smoke (sewer creature), Kapkan (reaper), Frost (demon), Lesion (zombie), and Ela (patchwork revenant). The Defenders will all have their respective gadgets, along with a Nightsride secondary that briefly turns them invisible and ups their speed. The surviving team will claim victory.

In addition to this limited-time Hide and Seek mode, those participating in the Doktor's Curse event can pick up new holiday-themed cosmetics. This includes weapon skins, charms, and the various outfits seen in the Halloween event. Ubisoft is offering up 28 items total, which can be earned by completing Event Challenges or by ponying up 300 R6 credits.