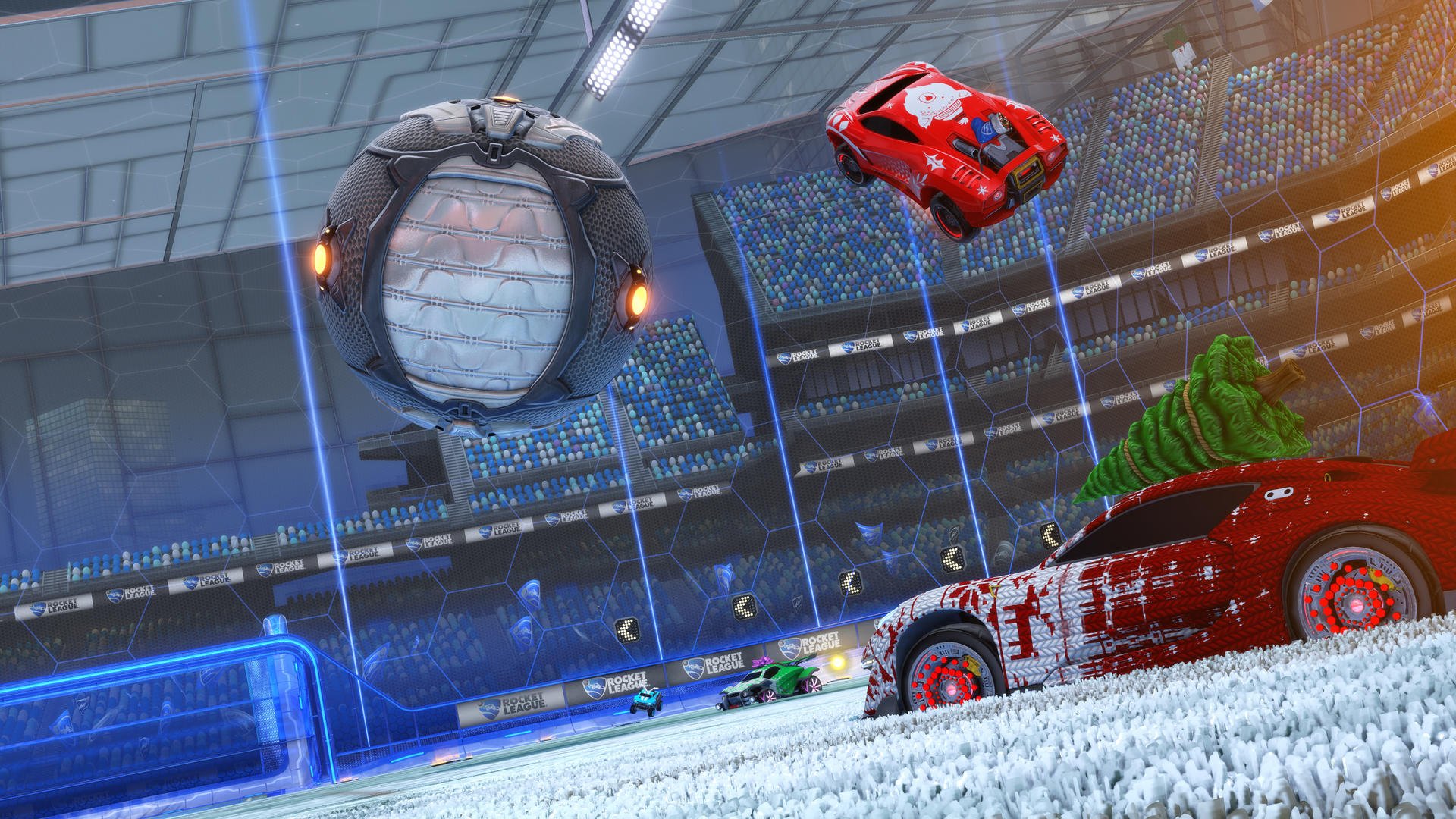 As Rocket League continues its Halloween holiday, Psyonix is already hard at work putting together the future of their rocket-powered sports game. This will, of course, mean the annual Christmas event, the next Rocket Pass, and the conclusion of the current Competitive Season. However, it will also mean that Rocket League's base package is about to get a little bit bigger, as some of the game's early DLC graduates into the core game.

As part of the Rocket League Winter Roadmap, Rocket League's first three DLC packs will be rolled into the base game for no additional charge. That's all the content from Supersonic Fury, Revenge of the Battle-Cars, and Chaos Run, which includes the game's various vehicle models. What this means is that these DLC packs will no longer be available for purchase and are being removed from all gaming storefronts. Likewise, the Rocket League GOTY Edition, which included these three DLC packs, is officially being discontinued. Anyone who has purchased any of these DLC packs individually after October 1 will be eligible for a refund through their digital retailer.

As for new content, Psyonix is gearing up for Frosty Fest 2019. There are no tangible details here, other than it's coming and it's set to begin in mid-December. That'll be around the time that Rocket Pass 5 is set to begin, with Psyonix adding that more details are set to be revealed in the weeks ahead.

While all this lies ahead, Rocket League is still going strong with its Stranger Things Halloween Event, which is set to last through November 11. Psyonix had a few bugs to stomp out for this update, so don't worry about seeing invisible boosters anymore. The patch went live this morning, so be sure to check out the patch notes from the Rocket League website.