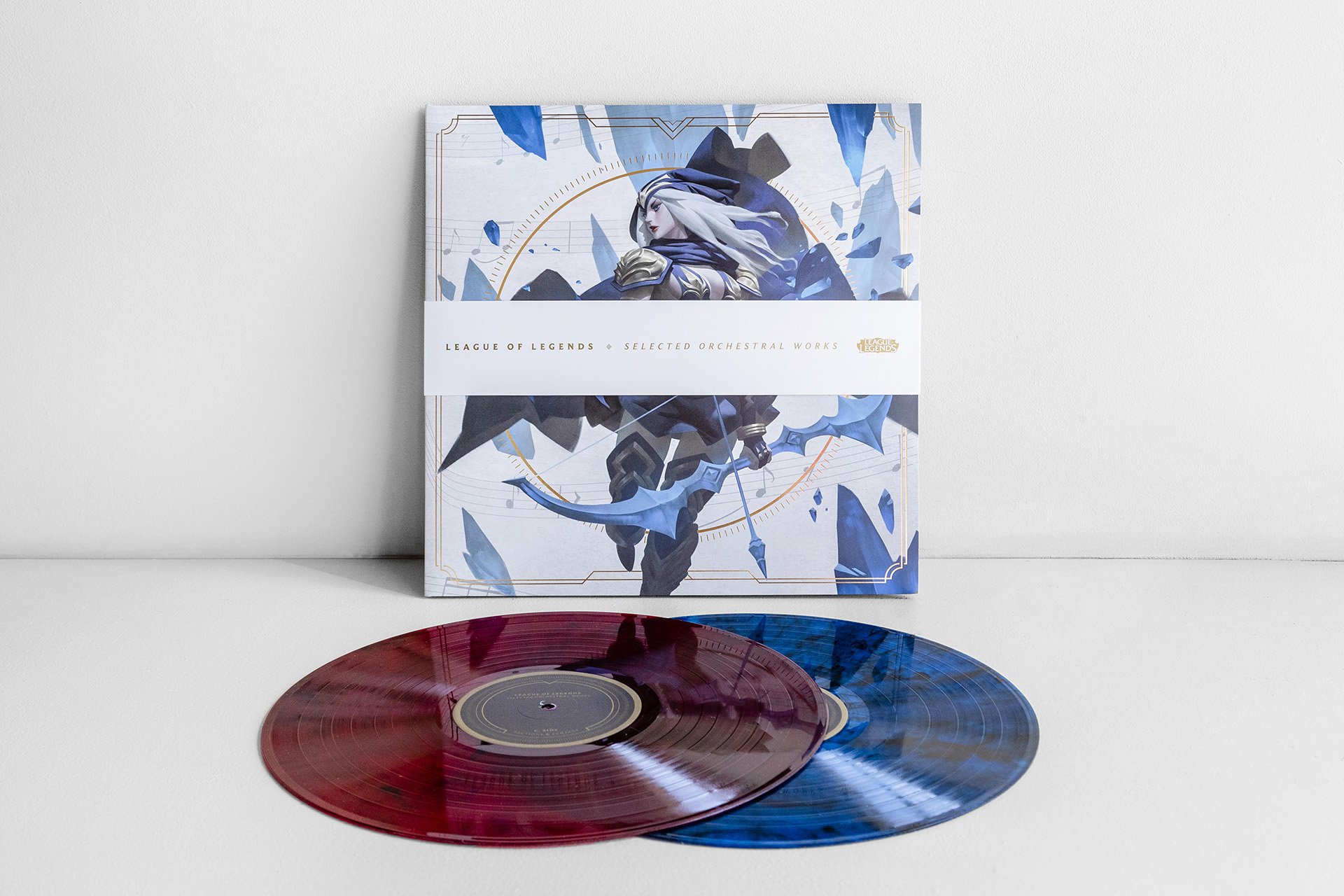 It doesn’t feel like it’s been 10 years since Riot Games launched League of Legends, a game that would go on to become one of the most recognized video games available on the planet. To celebrate such a momentous occasion, Riot Games has partnered with iam8bit to put together a Limited Edition 2-disc vinyl soundtrack featuring 26 tracks pulled straight from the game’s 10-year long legacy.

The League of Legends: Selected Orchestral Works vinyl soundtrack, which is comprised of two vinyl discs will come in “Order” Blue and “Chaos” Red and will include Champion themes, as well as classics like the Freljord theme and more. We’ve comprised the full list of tracks below from the official press release for the soundtrack, so take a look to see what’s going to be available on the Limited Edition vinyl discs.

The discs themselves look sleek together, and you can get a good look at the box art itself in the image we’ve included above. If you’re a hardcore League of Legends fan, then picking up this Limited Edition League of Legends: Selected Orchestral Works vinyl soundtrack is probably something you’ll want to plan to do. The soundtrack is available for $39.99 from iam8bit.com, so head on over there and pick up your copy today if you want to experience the classic music of League of Legends in a new way.