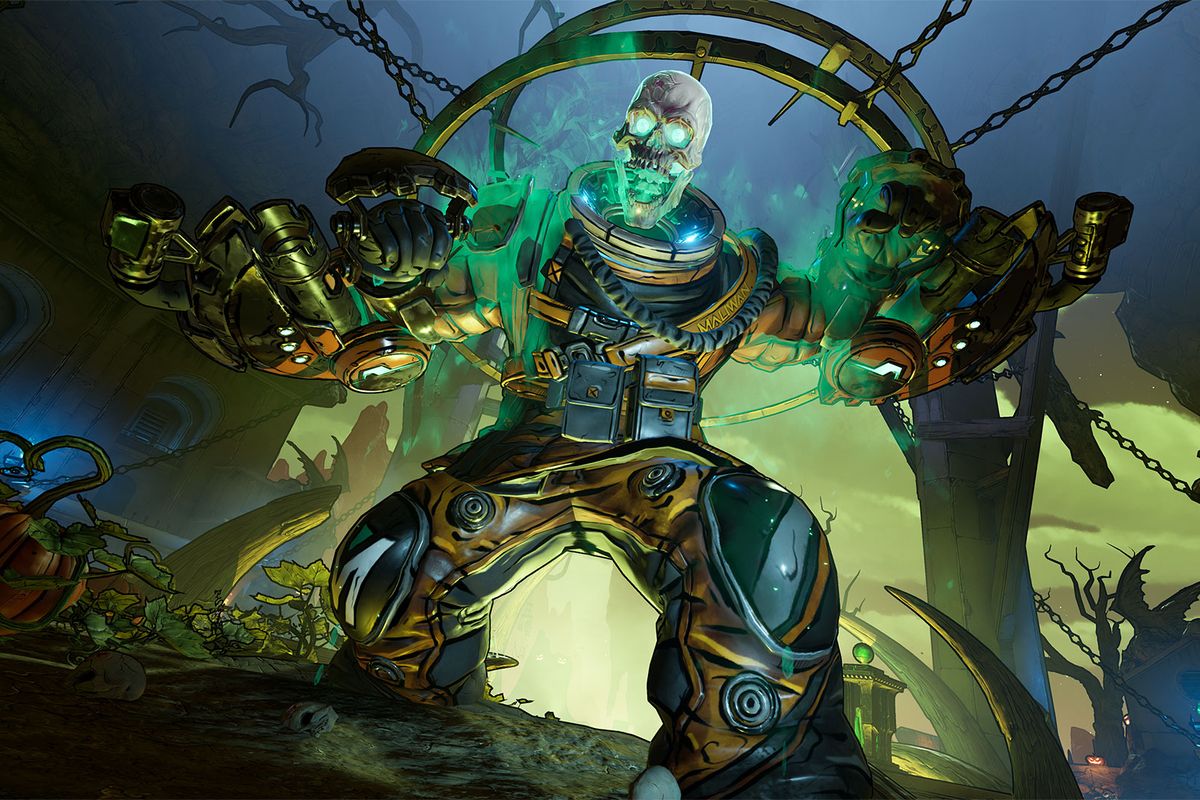 Borderlands 3's new seasonally spooky event is here. It's called Bloody Harvest, and it's about to touch down on October 24.

Originally revealed during the first episode of The Borderlands Show, the event will run for a limited time until December 5 and will come featuring a whole new series of character skins, new enemies, environments, Legendary weapons, and a new boss battle. In short, there's a lot to sink your teeth into.

All players can participate when the event starts on October 24, but you'll have to hunt downside ghosts before you can enter the Bloody Harvest map. You'll start seeing Haunted enemies throughout the world, which are the key to accessing a new map.

But the terror doesn't stop with the Bloody Harvest map reveal. Ghosts will rise from the bodies of the Haunted, and if you get too close, you'll be afflicted with the Terror debut. Terror will cover your sight with a mist, and your gun handling and speed will be affected. You'll earn Hecktoplasm as you travel throughout the world, then you can turn it in to Maurice, your new friend aboard the Sanctuary III. Yes, it's called Hecktoplasm.

After a while, you'll secure your own entry into the Bloody Harvest map, where Rakk-O'-Lanterns soar through the skies, blood rivers reign, and Maliwan enemies are waiting to put you in a graveyard. When you reach the end of the event you'll face off against the Baron of Bloody Harvest. What do you get for your trouble? Lots of new goodies, including skins, Legendary loot, and more. Sounds like it's worth the trouble to us.

Previously, Josh Hawkins reviewed Borderlands 3, awarding it a 9 out of 10:

What are you waiting for? Get pumped and primed for this weekend and get ready to rattle those bones! For more info on the event, check out the official announcement blog.