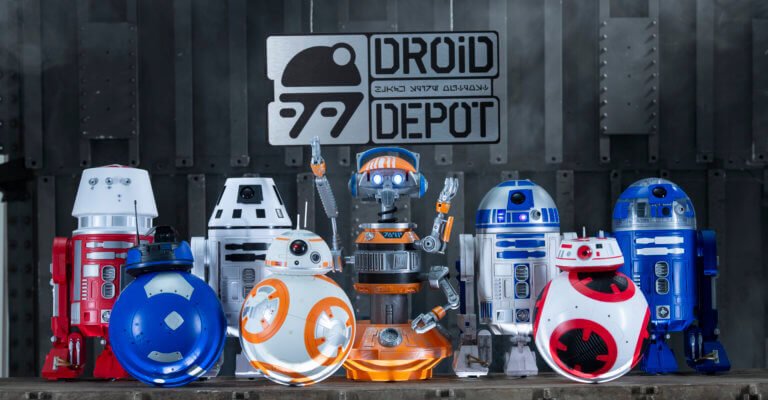 Build your own droid at Star Wars: Galaxy's Edge

The Star Wars saga features a variety of characters, settings, and themes. However, one constant throughout the nearly dozen films are the droids. From aiding little Anakin in his adventures on Tatooine, to fighting alongside Luke Skywalker against the Empire, and crossing the galaxy with Rey and Finn in search of a new hope. Droids are a staple in every Star Wars story. Galaxy’s Edge offers fans the opportunity to create their own trusty robotic sidekick.

Disney has hammered home the fact that they want their Star Wars park, Galaxy’s Edge to be the most immersive experience possible. This is clear in just about every aspect of the expansion to Hollywood Studios, and include the droid building station. In the video above, John Gaudiosi visits the Droid Depot and constructs his own companion. You start with selecting from either a BB or R unit, and then grab the desired pieces as they pass by on a conveyor belt. Canisters, legs, and domes are some of the pieces needed to assemble the droid, all of which come in different styles and patterns.

Then, you move over to the activation station where you’ll use working tools to put the droid together. This area also has smaller bits and pieces to add onto your droid. Lastly, you activate your droid and bring it to life. If you choose to create a Resistance droid, it will make happy beeps while in Resistance areas of the park, and sad/scared beeps in First Order controlled areas. The effect is opposite if you decide to assemble a First Order droid.

For more videos and interviews based on Galaxy’s Edge, subscribe to the Shacknews and GamerHubTV YouTube channels.