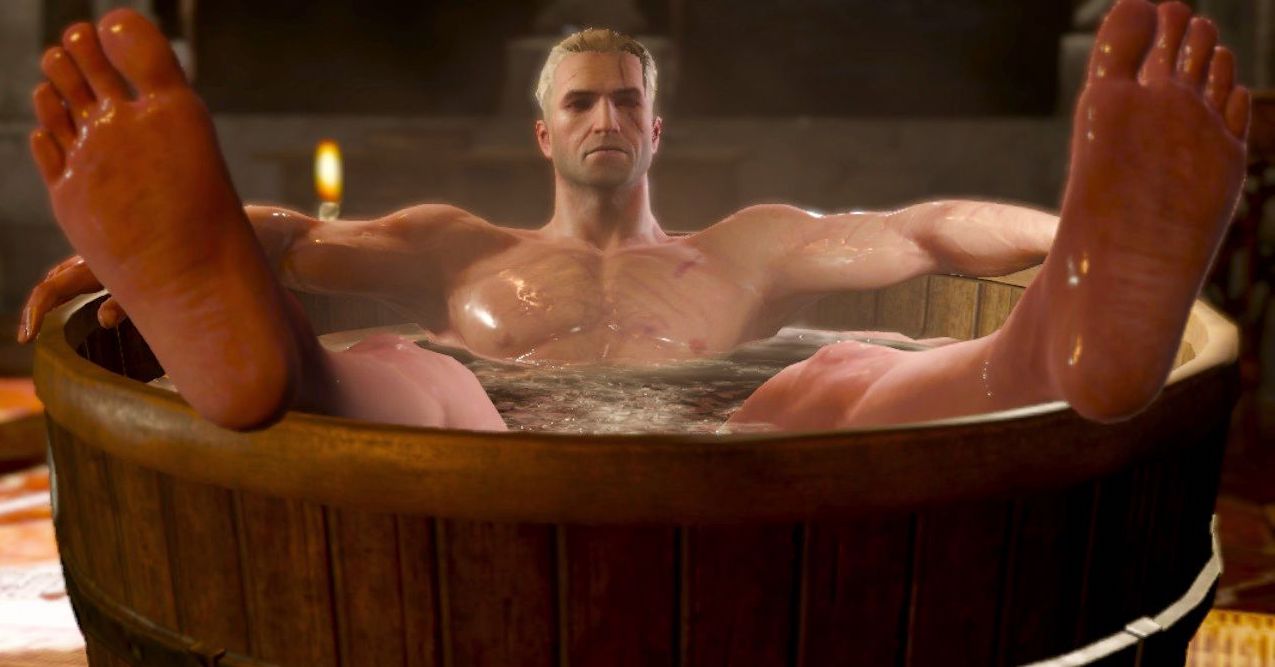 It may be difficult to believe, but it's been four years since The Witcher 3: Wild Hunt made its debut on consoles and PC. Fans were immediately enamored with the sprawling fantasy adventure as well as the supplementary content that debuted in the form of Hearts of Stone and Blood & Wine later on. It's widely agreed that The Witcher 3 is one of the best RPGs and you should make some time to play.

But one of the things that make The Witcher 3 such a memorable experience is particularly how breathtaking its visuals can be on consoles as well as PC. Graphics hardly make the game, but they do go a long way when it comes to immersion and performance these days. With that said, the Switch version of The Witcher 3, known as The Witcher 3: Complete Edition for Nintendo Switch is a middling edition of the adventure so many gamers swear by.

The hardware runs it, albeit begrudgingly, as the game takes a massive graphical and performance hit in exchange for making it portable. As I've often said, not every single game needs to be on the Switch, and this is one that would have been better served skipping the handheld/console hybrid. Simply put, it's not a game that you should have to "settle" for this version to experience if you truly plan to run through it in its full glory.

The package is ambitious enough. It packs the 16 free DLC packages previously released for Wild Hunt into one massive collection in addition to the main campaign. It also includes, as previously stated, Hearts of Stone and Blood & Wine. There's an overwhelming amount of things to do in-game that could take you dozens of hours to complete if you planned on going through it all.

It's a massive time investment, and anyone who's played the game on other platforms knows how much you need to be willing to commit if you ever want to finish it. That's part of the reason, most likely, anyone ever found it to be a good idea to pack down for the Switch. People like to chip away at games little by little, and with so much going on in this one, it made sense to offer a way to do just that on the go or in bursts of free time that people often have. It's more convenient, for sure, in many situations.

That's the thing: convenience. As it turns out, the Switch is hardly a convenient console, especially if you own a primary unit and a Switch Lite. Without a constant internet connection to call home to, you'd be out of luck playing on a secondary console if you decide to play this anywhere but home (like I tried to), and there's really no other point to playing a game like The Witcher on Switch unless you refuse to play it on another platform for some bizarre reason. That's something to consider if you're someone who recently adopted a new console and planned on using one as your "travel" version and one for your "main" Switch.

Here's the thing, though: The game is playable (just fine, of course). It just looks like it's covered in a dense layer of fog in most areas. The game runs at 540p in handheld mode compared to a docked 720p. When docked, the game is, well, not great. If you're playing on a massive 4K TV like I was, you're going to wonder why you spent more money on this version than the PC version on Steam. There's also a massive amount of lag as a result, which makes the entire package offensively awful for playing at home on the sofa.

With that in mind, the handheld version is likely the way most who pick up the game will play it in - there's absolutely no reason to opt for the Switch version as your home console choice for The Witcher 3 otherwise. Handheld, as I said, is at least playable and looks alright. The text is nicely legible, most textures are crisp, and the character models are acceptable. But none of it is going to win any awards for looking fantastic. Further, it can sometimes feel like moving Geralt through water, especially when locked in combat with multiple enemies.

The idea that it was just okay to play through what should be a game that takes your breath away and makes you think "wow" at several moments was silly to me. Sure, the game was playable and all, but it was doing The Witcher 3 a disservice for those who hadn't been fortunate to already have experienced it.

As such, I'd only really feel great about recommending this version of the game to anyone who either doesn't mind if there's a noticeable graphical or performance hit on Switch, or for anyone who owns a Switch as their primary console (in which case we really need to get you a secondary system.) This is a game that deserves to be experienced the way its creators meant for it to be. If you don't mind cutting corners, then, by all means, have at it.