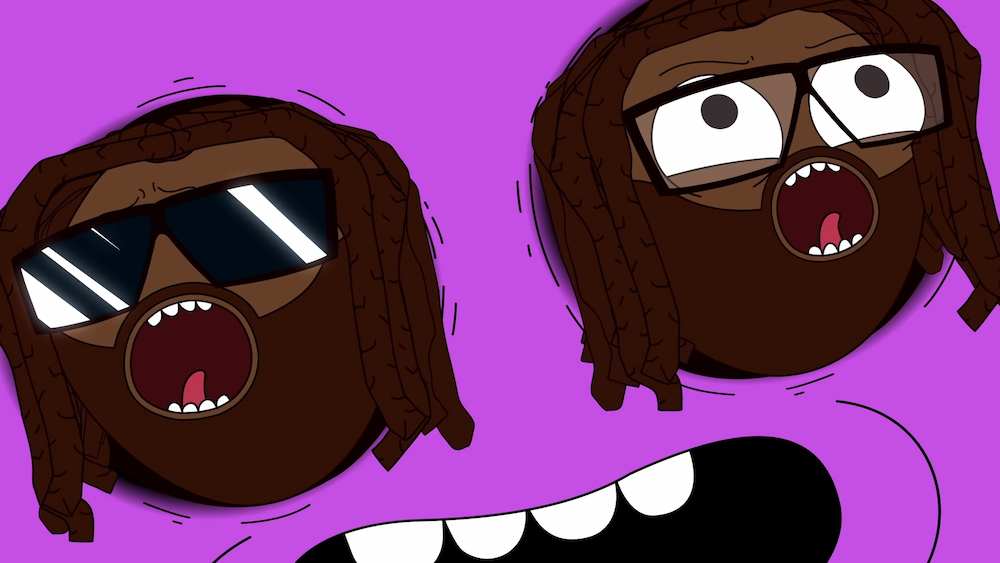 Trover Saves the Universe just got its first batch of free DLC, which called for a celebration.

Rapper T-Pain collaborated with Squanch Games and Justin Roiland to create a fun new animated music video and song in commemoration of the new content for Trover Saves the Universe, which will put a smile on your face. The animated video finds T-Pain stuck in Trover's eyeholes while Trover grooves around in a white room that gradually fills with Power Babies. Eventually Trover is covered in the things as T-Pain continues to sing his heart out.

"You might see a dick, just play this game," he croons. That's a pretty glowing endorsement, even if T-Pain jokes he's not getting paid to do the song, he just really loves the game.

Squanch Games also released a fun Snapchat lens to go along with the DLC's launch, which teases a new look as well as the fun T-Pain effects in the music video. You can check it out right now if you hop into the app.

Trover Saves the Universee's free Important Cosmic Jobs DLC is out now for free on PlayStation 4 and PC. If you haven't gotten a copy yet, it's also 15% off through Monday on Steam and the Epic Games Store as well as the North American PlayStation Store. If you're not sure about the game, Blake Morse reviewed it and gave it a 9 out of 10. Here's what he thought:

"Trover Saves the Universe is an ambitious and solid first outing from the team at Squanch Games. There’s a real game here with some actual replayability thanks to hidden power babies, a few branching paths, and the crazy amount of voice acting that went into it. It looks good, it plays good, and it is guaranteed to make you laugh out loud several times during your adventure. At a price point of $29.99, you’re getting quite a deal considering the amount of content being delivered, especially for a VR experience. While Trover has a few flaws, the overall package executes what it sets out to accomplish remarkably well."

Let us know if you happen to tackle any new eyehole monster pursuits over the weekend.