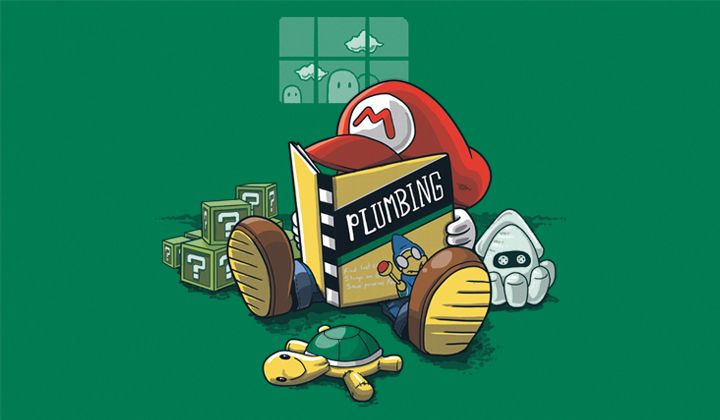 Evening Reading is making a return to Shacknews after a multi-year hiatus. This article will go live around 10:00-11:00 PM ET. I will be highlighting Shacknews content alongside some other news of the day.

The national media really piled on Cleveland Browns QB Baker Mayfield over allegedly not shaking hands with 49ers CB Richard Sherman. This has been widely disproven with video evidence, but that didn't stop the sports pundits from crapping all over Cleveland's beer-chugging football savior. Baker may be a jerk, and say stupid things, but even Richard Sherman had to apologize after video surfaced of Mayfield giving him the proper respect.

There have been several content creators and developers with close ties to Blizzard that are coming out against the decision to suspend blitzchung for his Hong Kong comments. Mark Kern, team lead for Vanilla World of Warcraft, posted a solid tweet thread about it. Please take a look:

This hurts. But until Blizzard reverses their decision on @blitzchungHS
I am giving up playing Classic WoW, which I helped make and helped convince Blizzard to relaunch. There will be no Mark of Kern guild after all. Let me explain why I am #BoycottBlizzard

I am ethnically Chinese. I was born in Taiwan and I lived in Hong Kong for a time. I have done buisiness with China for many years, with serveral gaming companies there. So I think I have a valid perspective here, having been a Team Lead at Blizzard and having grown up in Asia.

I have watched China slowly take over as the dominant investing force in gaming and movies over the years. It’s a shame US companies never believed as strongly as China and Asia in investing in games, but this allowed China to have unprecedented influence over our media.

Chinese game companies have grown huge not just because of market size, but because the government subsidizes them. They get free land, free offices, and huge infusions of cash. This cash was and is used to do expand and buy up stakes in US gaming companies.

I’ve seen firsthand the corruption of Chinese gaming companies, and I was removed from a company I founded (after Blizzard) for refusing to take a 2 million dollar kickback bribe to take an investment from China. This is the first time I’ve ever spoken pubically about it.

I’ve also seen how American company reps in China have been offered similar bribes to get licenses for large AAA titles. Not everyone refused like I did.

Chinese companies tried to ruin my career with planted press stories. Money is often paid for favorable press in China and some of that money flows here to the US as well. Unfortunately, money talks. China has succeeded in infiltrating all levels of tech, gaming and more.

Unfortunately, US and European companies are loath to take risks and invest in game companies legally as much as China was. China remained one of the few places mid tier studios could get funding. So again, China influence grew. I’m sure this is the same for movies as well.

But now we are in a situation where unlimited Communist money dictates our American values. We censor our games for China, we censor our movies for China. Now, game companies are silencing voices for freedom and democracy. China is dictating that the world be authoritarian.

Of all the companies in the world, Blizzard is the LAST company I ever expected to give in to China’s demands. Blizzard was always about “gamer first” and “don’t be greedy.” At least, it was when I was there.

It’s one thing to keep politics out of games, which I am still a proponent of doing. It’s another to unfairly and harshly punish voices that speak out against corruption, against abuses of human rights, and freedom.

But enough is enough. I stand with Hong Kong, and I oppose Blizzard’s obvious and laughably transparent fear of China. It’s time for Blizzard to grow the spine it used to have, and to do what’s right for gamers once again. Gamers, rise up.

And yes, this means I will be refusing any deal for Epic exclusivity. The money comes from Tencent. Em8ER will never be an Epic game store exclusive. This might mean we never make a dime, but more is at stake now than just games. A line has to be drawn, and I’m drawing it now.

Apple financial analyst Ming-Chi Kuo believes that the company is set to begin production of an augmented reality headset by the end of 2019 in advance of a 2020 release. Apple has several spatial computing and AR patents, so this isn't that surprising, but it would be pretty great to see a new Apple product category introduced as iPhone sales plateau.

In case you missed it on Shacknews

That's all for my first ER post, check back tomorrow for another First Post! If you haven't, please consider subscribing to Shacknews Mercury. You can support our site for as little as $1/month.  For now, here's a video of Lola to brighten your evening.

What are you up to this evening, Shacknews? Let us know in the comments section.

Pupperazzi Interview: Nothing but good doggos