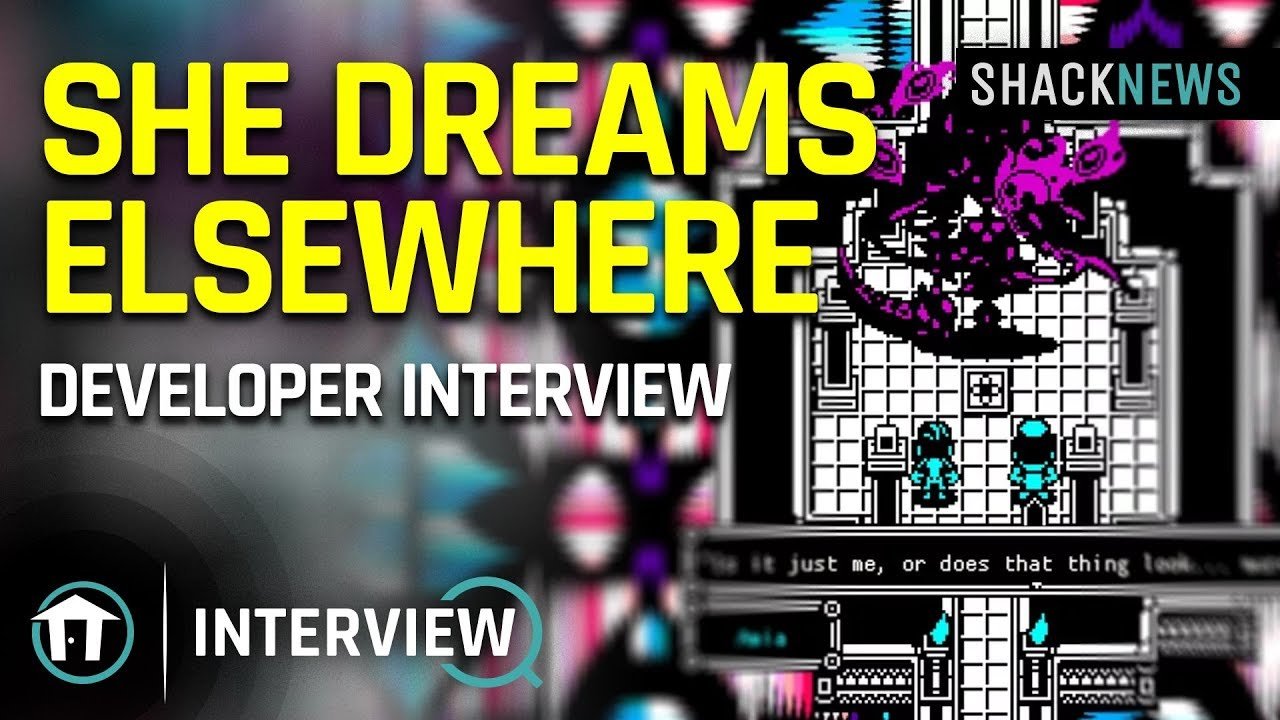 She Dreams Elsewhere interview: Building off a Photoshop mistake

While game development is often a team effort, there are occasionally games released as the singular vision of one person. She Dreams Elsewhere is one such game, created by Studio Zevere's one-man team of Davionne Gooden. When one person works alone, mistakes tend to be made. Sometimes, however, that mistake can lead to something greater, as evidenced by She Dreams Elsewhere's distinct art style.

"When I first started this project, it was this colorful, more cartoony Earthbound style," Gooden told Shacknews. "I pressed the wrong button in Photoshop one day and turned everything black and white. And I was like, 'You know what... that's wrong, but we'll go with it. You know, we'll do it live!' So I just kept developing like that throughout the entire course of development, kind of tying it into the whole psychadelic, dreamlike environment. Then for the blue and purple, I just love contrasts and blue is also my favorite color of all-time. It also has a little deeper meaning in the story, which I won't get into, but you'll find out."

She Dreams Elsewhere is an RPG set in a strange dream state, with players taking on the role of Thalia Sullivan. Thalia is stuck in a comatose state, unable to wake up, so she journeys across her mind in order to find and defeat the nightmares that haunt her psyche. It's an adventure that Gooden says is inspired by whimsical RPGs of the past, including Earthbound, Undertale, and Persona.

Gooden also goes into detail about the various characters that Thalia runs into and the characters who join her in battle. He also talks about his own work schedule, going into the many hours he puts into making this game a reality.

While She Dreams Elsewhere isn't going to make its previously projected 2019 release date, the game is set to release on PC and Xbox One in 2020. For more interviews like this, subscribe to Shacknews and GamerHub.TV on YouTube.