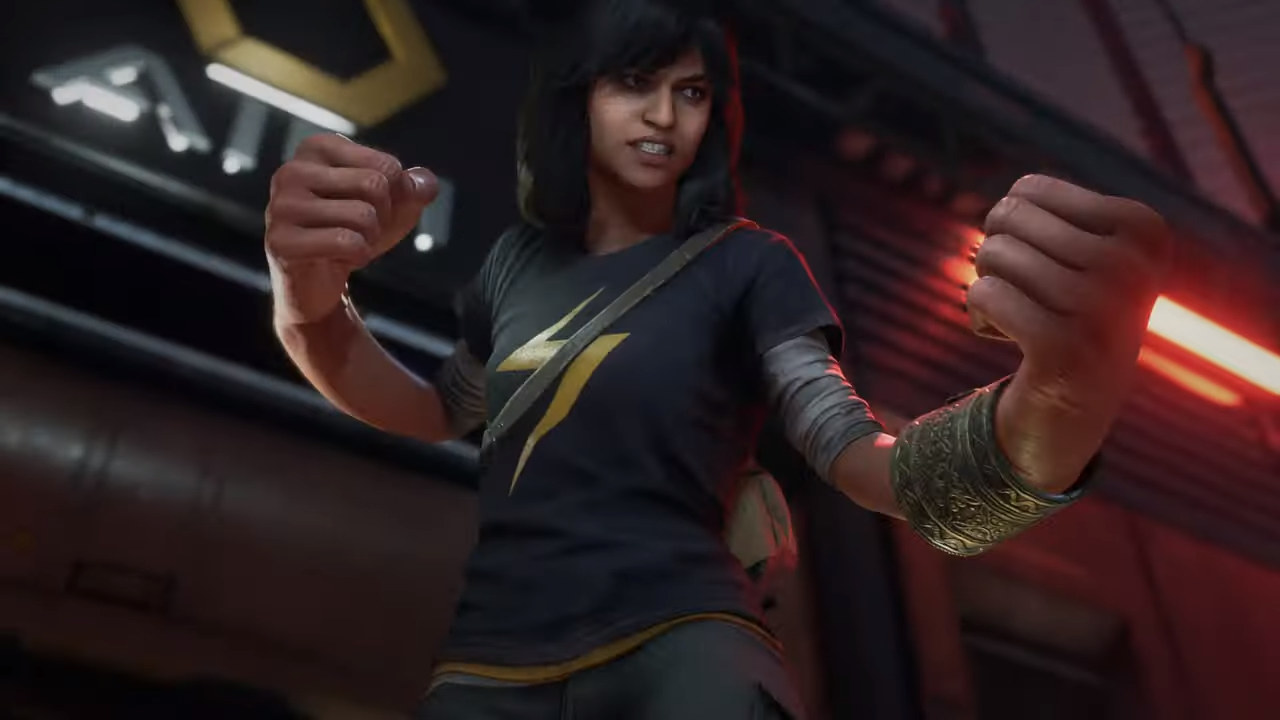 One of the most anticipated games of 2020 is Marvel's Avengers, which brings together the core crew of Earth's Mightiest Heroes. However, there have been hints that they'll be joined by some of Marvel's other superheroes. Eagle-eyed viewers might have noticed in the E3 2019 reveal that one Kamala Khan was standing along in the background during the events of A-Day. And sure enough, as those people guessed, she will indeed be playable. Marvel Games made the announcement during their New York City Comic-Con panel on Friday afternoon, releasing a new trailer that expands on the young Inhuman's role in the greater story.

All of Kamala's superhero qualities appear to be on display, including the ability to stretch and change her size. What's interesting here is that she's never shown in her superhero costume and, in fact, is never referred to as her superhero identity of Ms. Marvel. At least for now, it looks like she's simply going to go by Kamala Khan. Whether that changes over the course of the story remains to be seen. She will be voiced by performance artist Sandra Saad.

This is the second non-core Avenger to be confirmed for the Marvel's Avengers roster. Following the game's E3 2019 reveal, Square and Crystal Dynamics revealed that Ant-Man (Hank Pym) would be part of the roster as a post-release character. To this point, Crystal Dynamics had been mainly focused on the core Avengers cast and the different ways in which they would play. Shacknews had our first chance to go hands-on with Marvel's Avengers and see for ourselves how differently everyone would work back at this year's PAX West.

There's plenty of time before Marvel's Avengers arrives and there's a lot more story left to reveal, including Kamala Khan's larger role within in. Shacknews will continue following this story and all other Avengers-related stories. Marvel's Avengers is set to release on PC, PlayStation 4, Xbox One, and Google Stadia on May 15.