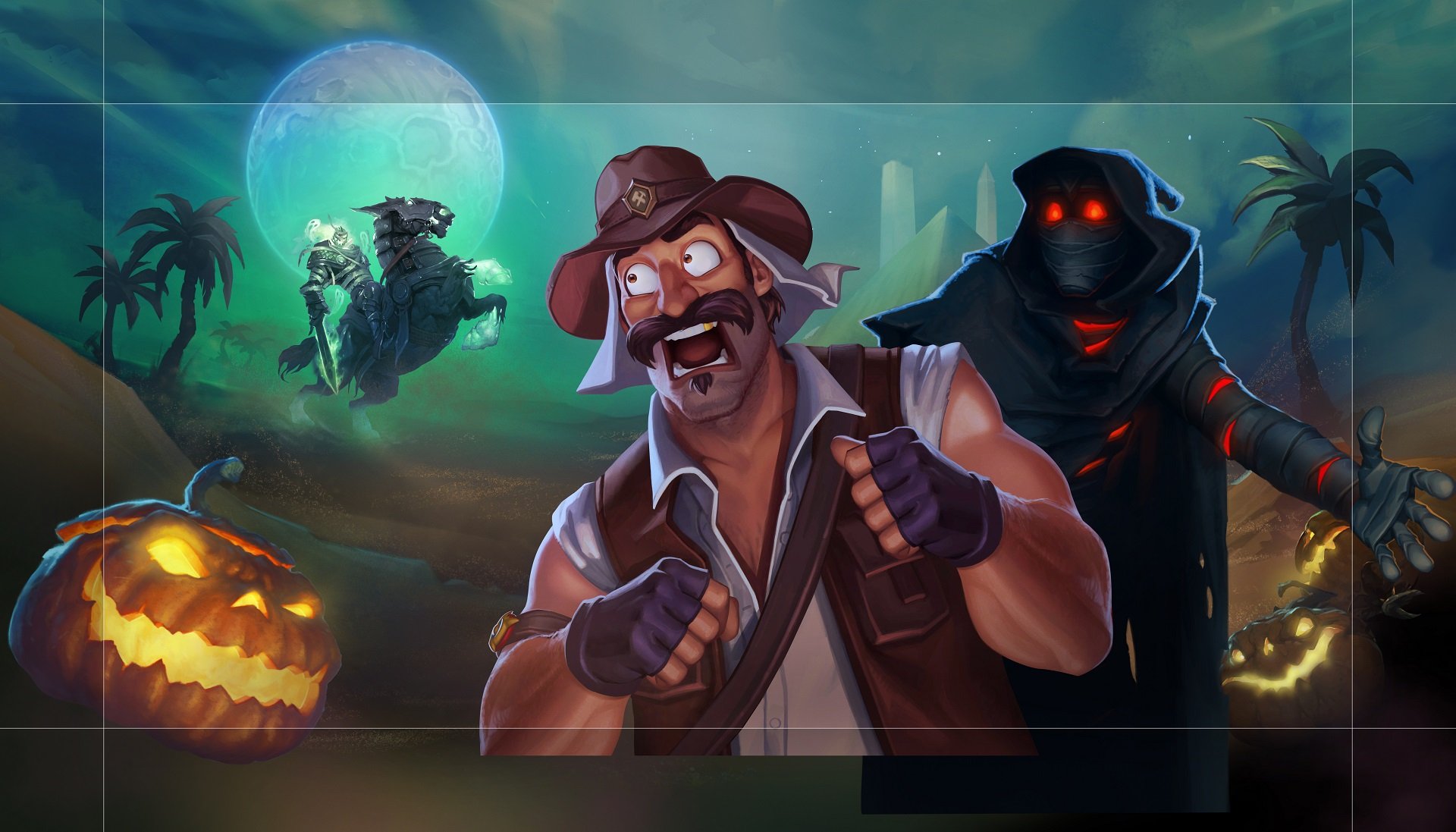 Hearthstone Doom in the Tomb event welcomes back 23 Wild cards

The Halloween season is rapidly approaching and Hearthstone is ready to celebrate it in a way that the game has never celebrated it before. It's going to be more than just a few holiday-themed events. Blizzard is taking this occasion to change up the Hearthstone meta as a whole by pulling 23 cards out of Wild and temporarily throwing them back into Standard play for the Doom in the Tomb event.

This is the sort of thing that happens when Arch-Villain Rafaam and Reno Jackson are both poking around the Haunted Temple of Uldum. Both the League of E.V.I.L. and the League of Explorers are searching through the Haunted Temple, but through the course of their runs, they unleashed some potent cards back into the Standard meta, including a few cards straight out of the Hall of Fame. The following cards will be made available from October 8-30:

If you've dusted these cards in the past, worry not. Blizzard will offer temporary copies of these cards to all players to use during the course of this event.

While the influx of Wild cards is the biggest story here, Blizzard is hardly stopping there. Players can expect to see special Tavern Brawls, starting next week. These are solo affairs, which will offer special rewards upon completion. Week one will see the League of E.V.I.L run a boss-filled gauntlet through the Haunted Temple. Defeating all of the bosses under an hour will unlock a Rastakhan's Rumble card pack, while prevailing in under 40 minutes will unlock a golden copy of Ancient Mysteries. Week two will switch over to the League of Explorers, as they run through the Haunted Temple. Clearing it in under an hour will unlock a golden Temple Berserker, while finishing in under 40 minutes will unlock a golden Generous Mummy. Week three is a special Tavern Brawl revolving around the Headless Horseman and a whole lot of Dreadsteeds. Summon 100 of them and unlock a Rise of Shadows card pack.

Arena players will have more than a couple of things to look forward to. The October event coincides with the normal Arena rotation, which will switch to the following sets, in addition to Basic and Classic cards:

On top of that, it's that time of year for Dual-Class Arenas, where players will select a Hero, a Hero Power, and get class cards from both associated classes. The first two weeks of the Doom in the Tomb event will offer players one free Arena Ticket to try it out.

The Doom in the Tomb event begins on October 8 and runs through October 30.