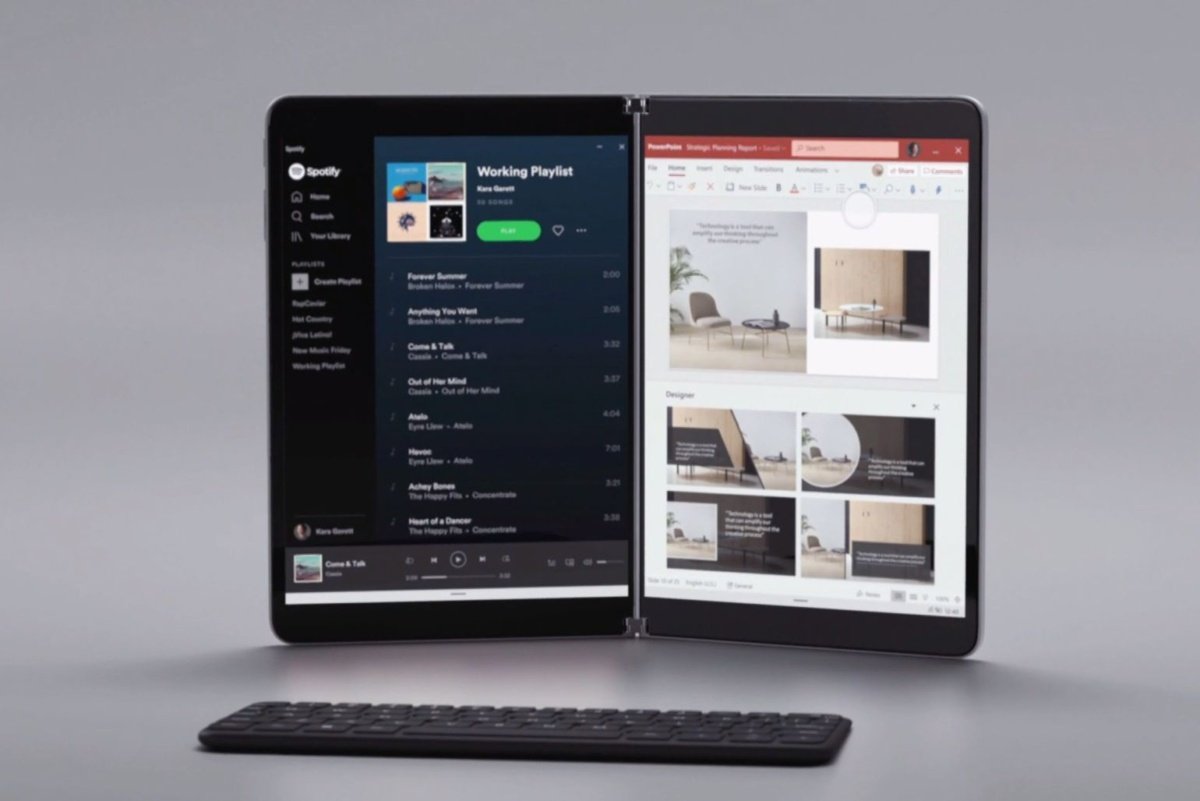 Windows 10X is a new form of Windows 10 made specifically for dual-screen PCs and devices like the upcoming Surface Neo and Surface Duo, both of which made an appearance during the show earlier today in New York.

"People are expecting more flexibility from their PCs—they want performant, highly flexible, fully capable and compatible devices that are at the same time delivered in a simple, sleek and, increasingly, mobile form factor," Microsoft explained in its official blog lining out what to know about Windows 10X. It's not limited to just Windows devices, as it will also be running soon on tech from ASUS, Dell, HP, and Lenovo.

Windows 10X will feature mechanics meant to help people get things done while on the go even faster. You can take notes on one screen while reading over materials in the other, use your device to type out documents on a keyboard, and generally supercharge your mobile computing experience. It's all about getting a few things done at once, which users should definitely be excited about accomplishing.

What's more, Windows 10X will, of course, fit right in with the rest of the Windows ecosystem for computing. It will also offer better battery utilization, reliable performance and hardware capabilities, and a lengthy list of features meant to help users who adopt one of the new devices make sense of their new ecosystem.

Windows 10X will be available on dual-screen and foldable devices starting fall 2020, so if you'll buying one of the new items shown off during today's tech event, it's likely you'll be getting your hands on it soon enough. Right now though, one question remains: Are you team Surface Neo or Duo?