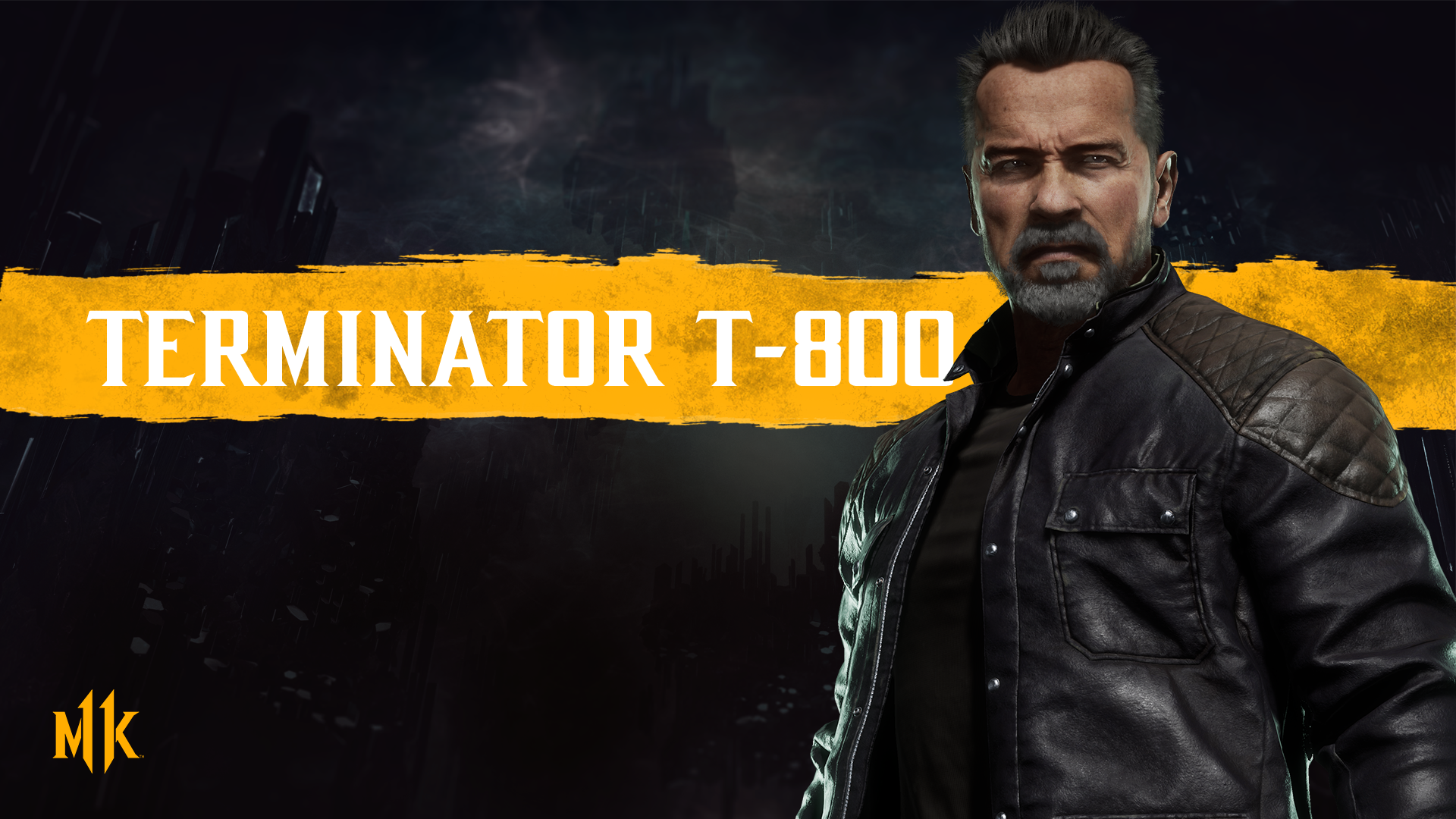 You may have heard that there's a new Terminator movie on its way in the coming weeks. And while it's not a Warner Bros. franchise, the folks at WB Games and NetherRealm Studios are honoring the killer robots of Skynet regardless, giving the T-800 a spot on the Mortal Kombat 11 roster. Earlier this week, players got to check out The Terminator for the first time and Shacknews recently had a chance to try him out.

I could go into the moves, the combo potential, and the finishers (and don't worry, I will), but let's get one thing out of the way first. The Terminator (which is the character's official in-game name, definite article included) bears a full resemblance to actor Arnold Schwarzenegger, looking more like the grizzled old man that fans should expect to see in the upcoming Dark Fate. No, the voice is not Arnold himself. However, whoever is voicing The Terminator does a solid Schwarzenegger impression, adding to the sense that this is indeed the classic T-800. And yes, he will utter variations of the T-800's classic lines. After performing a Brutality, he will dryly declare, "You won't be back."

As for how The Terminator plays, users can expect him to feel like a bulky, heavier fighter. He's obviously not one of the game's various ninjas. Don't expect the T-800 to do flips or rolls. He'll move methodically, just as he does in his movies. The most unique "Terminator" twist is that he doesn't do a traditional MK uppercut. Instead, he fires his shotgun in the air at an angle, simulating the uppercut effect. If you like big lumbering characters, more akin to Kotal Kahn, The Terminator will be right up your alley.

The Terminator's two variations play quite differently. Model 101 tries to give the T-800 some mobility through his Endo Lunge move, which allows him to leap forward and pound his opponent down. That takes a little bit of effort to aim and nail down, given that the distance can be a little unwieldly. Cyber Rift is a ground pound that can take opponents off their feet, but it doesn't get a lot of range. Model 101 is meant for more of a ranged Terminator, but not one that's meant to fight up close.

For those who want up close fighting, you'll want The Terminator's Deadly Assassin variation. This gives the T-800 a powerful command grab, cheekily called the Albi Back Breaker. The Albi Back Breaker can be enhanced for extra damage and if you're really quick, you can use it as a combo ender or as a follow-up to a flying attack. He also gets another Arnold-related move called Running Man, which gives The Terminator a forward dash that can be followed up with different buttons for different attacks. The T-800 can tackle with Front Punch, uppercut with Back Punch, or cancel the move outright with Back Kick if he sees danger looming. Running Man can trigger quickly and is a good way to catch opponents off-guard.

Both variations have different air grabs, which act as The Terminator's anti-air moves. As one might imagine, this takes precision timing to nail down and if you're off by a second, you're eating a flying kick or some other aerial attack. It's a nice option, but one that takes some practice.

Outside of Model 101 and Deadly Assassin, The Terminator has several other moves that can be added to his custom variations, making him feel like a different type of fighter. There's the Ion Grenade, which is a timed explosive that goes off after a few seconds. There's a rolling variation that covers the ground, as well as a sticky variant called the Incapacitator. There's the T.D.E., which is the T-800's teleport move, warping him behind his opponent.

Then there's The Terminator's most fascinating move, Endoskeleton. The T-800 will shed his human skin, gain super armor, lose access to many of his moves, and come at you relentless with increased vigor. This is said to activate when the T-800 is "nearly defeated," but I wasn't able to trigger this move, not even when assigning The Terminator to the Player 2 slot and putting him on the brink. So for me, this part is a bit of an incomplete analysis.

Those looking to try out The Terminator won't have to wait too much longer. He's set to join the Mortal Kombat 11 DLC roster for Kombat Pack users on October 8. He'll join the rest of the roster a week later. And if you're looking to try the game for yourself, Mortal Kombat 11 will get a free trial on PlayStation 4 and Xbox One from October 11-14, with all of the game's base characters playable. You can also play as The Terminator via the game's Towers of Time mode.