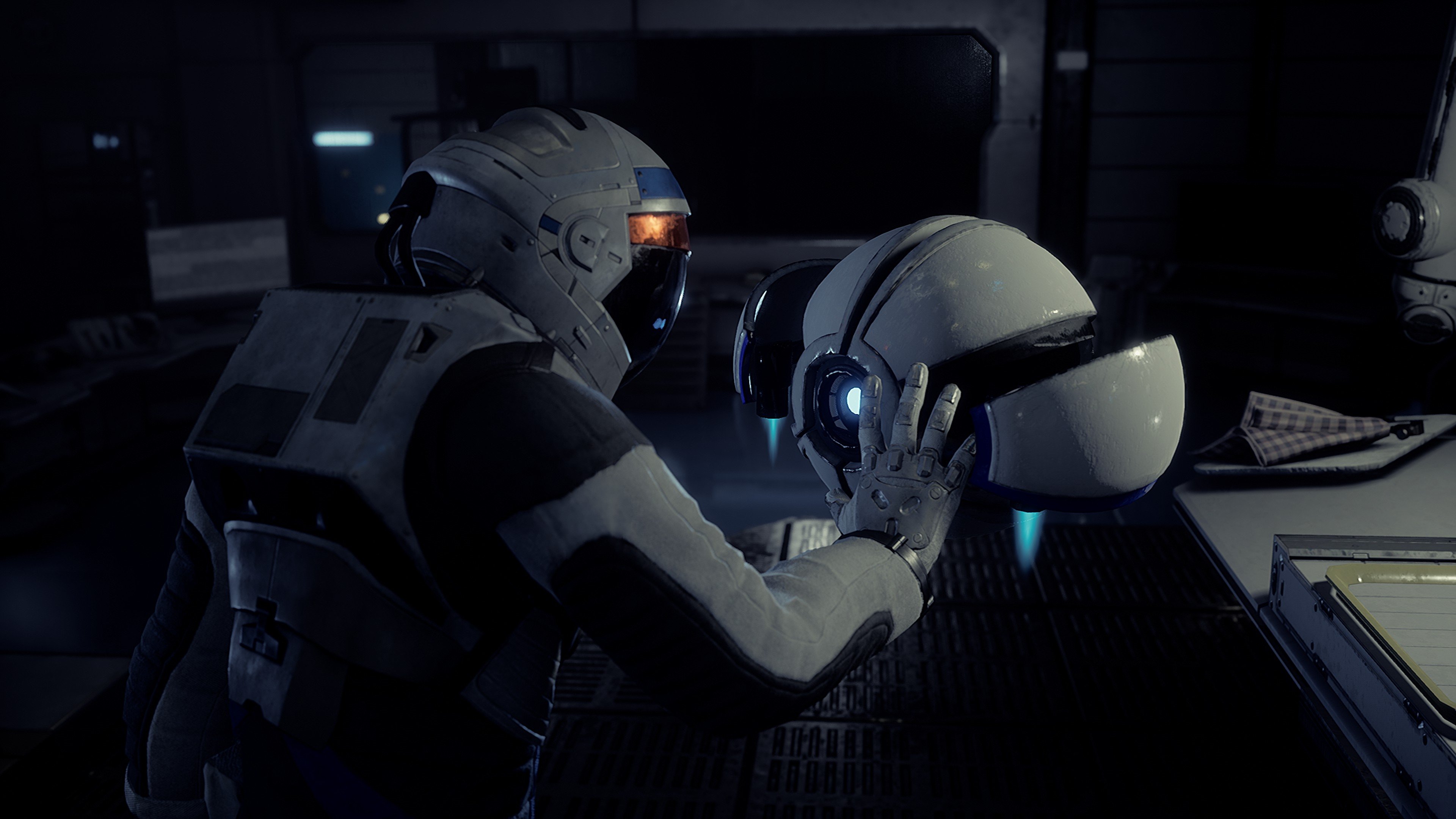 Deliver Us The Moon is what happens when you mix an incredibly dedicated team of talented individuals who share a love of all things outer space, a state-of-the-art game engine, and a few years of development time. Ahead of the game’s official launch in October, I got the opportunity to play through several chapters and came away impressed. Adventure game fans who enjoy a bit of tension and space-nuts will likely be grinning ear-to-ear once Deliver Us The Moon lifts off.

Deliver Us The Moon wastes no time in setting up its premise when you first begin the game. Earth is in dire straits and humanity needs an alternate energy source for any hope of a future. The world’s top governments created a joint effort known as the World Space Agency (WSA). After a special helium isotope capable of supplying nearly endless amounts of energy was found to be in large supply on the moon, the WSA quickly moved to build a colony on its surface.

The moon colony was built in order to harness the energy and beam it back to earth using microwave transmission. Teams of colonists lived on the moon to maintain and expand the operation under the watch of the WSA. One night, communication with the moon colony ceased, as well as the transmission of energy. A crew was sent to investigate but failed to return or communicate with the earth. Without the energy from the moon, it was impossible for the WSA to send any more spacecraft to find out what happened or fix the problem.

Some five years after the blackout, a skeleton crew of former moon colonists works tirelessly on a last-ditch effort to send Earth’s last astronaut into space to find out what happened and to attempt to re-enable transmission of the energy from the moon. You are the last astronaut and the fate of mankind is in your hands.

Deliver Us The Moon opens in a desolate desert that houses the last rocket capable of leaving Earth. It is launch day, but the clock is ticking because an impending sandstorm is likely to end any chance of a successful launch. You assume control and the game plays out through a mix of first-person and third-person perspectives, depending on the situation. An adventure game at its core, Deliver Us The Moon offers a gameplay loop that will be easy to pick up for most players and likely a cakewalk for genre fans.

You must advance through the process of launching the shuttle on your own through a small bit of exploration and light puzzle solving. As you get into space and dock with the massive spire that houses the elevator to the moon colony, the process of identifying and solving problems continues. Some problems are more urgent than others, with the finite supply of oxygen often forcing the player to work under intense time constraints.

As anyone who has seen classic sci-fi films like 2001: A Space Odyssey, Moon, or Gravity will likely expect, things don’t always go as planned during outer space missions. You will be forced to think quickly and move fast following some near-fatal setbacks. One early sequence has the player attempting to return power and life support back to the giant ring structure at the top of the space elevator only to have an explosion shear off a large chunk of the structure. This misfortune sends the player spiraling into open space with only seconds of oxygen and leaves a minefield of debris in the path to safety.

It’s got the look

While it may be an independently-produced project from a small team, Deliver Us The Moon sports some strong sights and sounds. Running on Unreal Engine 4, the graphical presentation is particularly strong. Everything looks how you would expect it to in real life, or more accurately, a space movie since most of us might lack first-hand experience with moon missions.

The big thing that jumps out is the quality of materials and how the lighting works to make surfaces feel real. Predictably, players will encounter lots of metal and it offers the right amount of luster or grime, depending on the situation. The spacesuit your avatar wears is often in view thanks to the third person camera sections and you can see the individual threads on the fabric. The mix of light and shadow work very well to give each environment a lived-in, yet empty feel.

The development team is also teasing support for NVIDIA’s RTX effects for when the game launches. Some of these effects were shown off at Gamescom 2019, including ray-traced shadows and reflections. In a game loaded with shadows and reflective surfaces, it appears to be a match made in heaven.

While I won’t go into much detail about what I saw on the moon colony to prevent spoilers, I can say that the development team has done a nice job with worldbuilding and atmosphere (pun intended and not intended). As you work deeper into the game and slowly begin to piece together the moments and events leading up to the blackout, the tension rises. The unsettling feeling of being alone (or not) in outer space is present and works as effectively as the better films and television series with the same settings.

Adventure game buffs or anyone looking for a nailbiter in zero gravity should put Deliver Us The Moon on their shortlist. The game is slated to arrive on Steam on October 10, 2019.