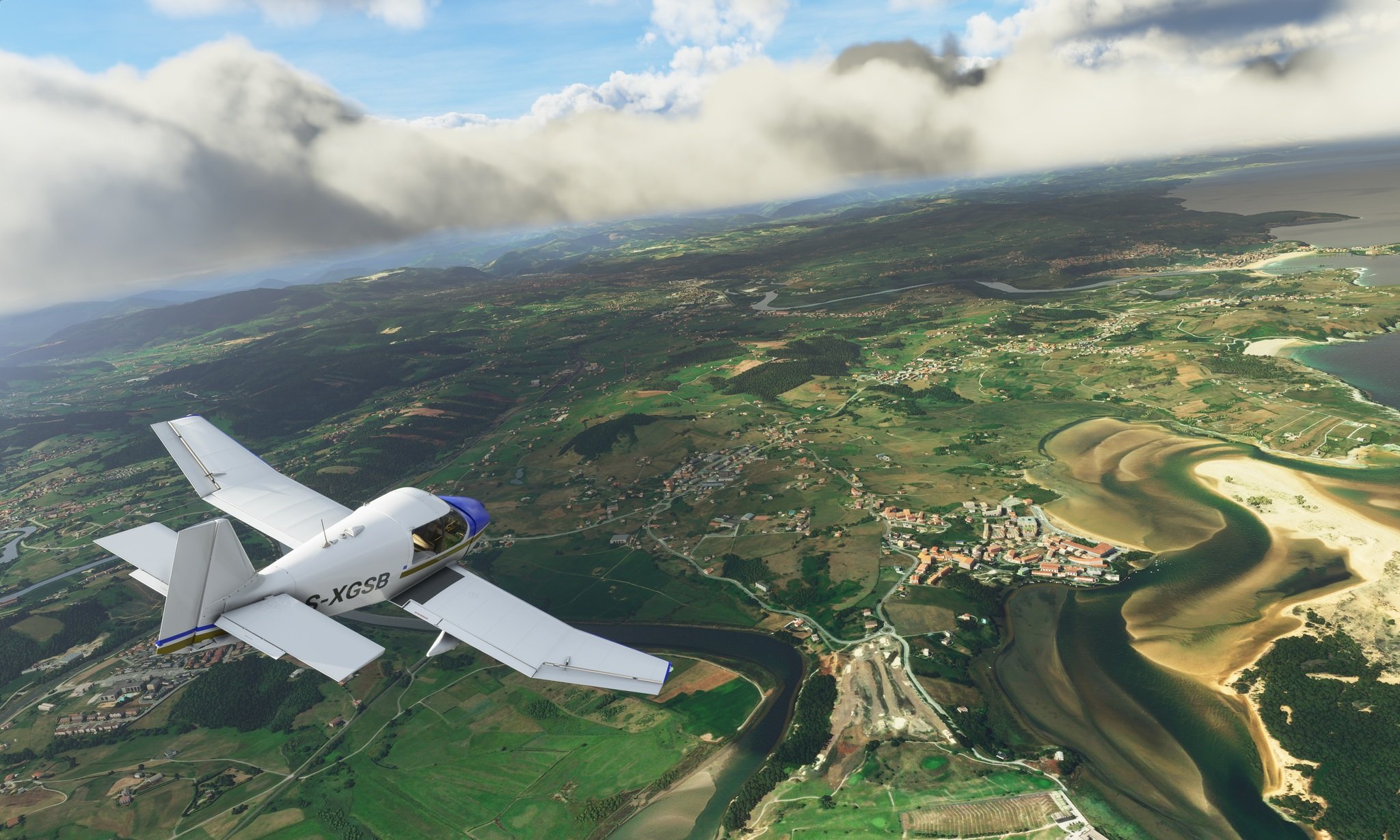 It’s been over a decade since flight simulator, Microsoft’s longest running franchise, received a new release. Outdating both Windows and Microsoft Office, fans have been enjoying the series for generations. During the Xbox conference at E3 2019, it was announced that Microsoft Flight Simulator would be the next installment in the series. In September, we attended the global preview event for Microsoft Flight Simulator in Renton, Washington where got the latest details on the project and got to go hands-on with gameplay.

Microsoft recruited Asobo Studios, a french developer whom they’ve worked with before, to design the next entry in the Flight Simulator franchise. When speaking at the preview event, the team at Asobo were so passionate about the work being done on MS Flight Simulator. A lot of the work they’ve done helped to give the game a strong sense of realism.

Being a “simulator”, realism is always going to be the strongest point of emphasis during development. While previewing the game, Microsoft and Asobo went into detail about how they recreated the planet for MS Flight Simulator. When jumping into MS Flight Simulator, players can take their wings wherever they want and fly in any real-life location. In fact, the devs were so confident in the work done to recreate our world that we were encouraged to find and fly over our homes when playing the sim.

This is all thanks to Bing Maps. The technology at Bing simplified the process of turning Earth into a sandbox. During my time playing MS Flight Simulator, this is what I found the most fascinating. Seeing my local landmarks, such as M&T Bank Stadium (go Ravens) rendered in-game was awesome. I could see myself sinking hours upon hours into MS Flight Simulator just touring the planet and finding iconic landmarks.

This also creates for some great variety in settings. From cities to the countryside, to oceans and mountains, there’s no shortage of beautiful scenery in MS Flight Simulator. It was mentioned to us that there was still work needed to be done on the landscapes and environments, and I found this evident during my playthrough. There were moments while flying low to the ground that large chunks of textures and structures weren’t rendered, but this is clearly a symptom of pre-release builds, and is something the devs plan to iron out soon.

When up in the sky, there’s a number of variables that impact the way an aircraft moves. Microsoft Flight Simulator captures this with its dynamic weather and wind effects. Developers from Asobo explained to us the new volumetric 3D rain and how it hits the windshield. They also showed off that stronger winds will cause turbulence and add layers of difficulty to flying.

The weather and air quality also influence the concept of VFR. Also known as visual flight rules, VFR is a common way of navigation among aviators that utilizes landmarks and scenery as a GPS. The teams behind MS Flight Simulator were proud to tell us that VFR would be a viable and encouraged method of navigating the world in MS Flight Simulator. The weather and atmosphere system have a direct affect on players ability to use VFR. Cloudy, polluted, and humid areas will have less visibility, while sunny and clear environments will be much easier to navigate.

Microsoft Flight Simulator allows players to select the weather conditions and time of day when soaring the skies. Additionally, players can select a setting that uses the current temperature, weather, and conditions for a given area in real life. This feature further drives home the sense of realism that Microsoft and Asobo nail so well.

The most important aspect needed to stick the landing in a flight simulator is the planes themselves. I was beyond impressed by the sheer amount of detail that went into making each vehicle feel authentic and unique. When designing the aircraft, the developers consulted actual pilots in order to properly emulate how each plane controls.

A key difference among different planes is their cockpit. Each vehicle has an interior with a different layout and format. Here, you can see terrain data along with environment data. The cockpit is also able to display the flight plan, with departure and arrival times. There’s a countless number of nobs, buttons, and dials. As a flight sim noob, it can all be a bit overwhelming. Luckily, MS Flight Simulator has steps in place to try and simplify the process. The checklist system gives players an interactive rundown of instruments to address before takeoff. The checklist feature can be done automatically, manually, or skipped in its entirety.

There were only a handful of planes available for use in the demo I played, all three being smaller sized aircrafts. Although each plane was of a similar class, I could still feel the difference when taking them to the sky. I look forward to seeing the full catalogue of aircrafts and how they provide their own skill sets and techniques.

FIFA 22 preview: Putting something new on the pitch
Login / Register