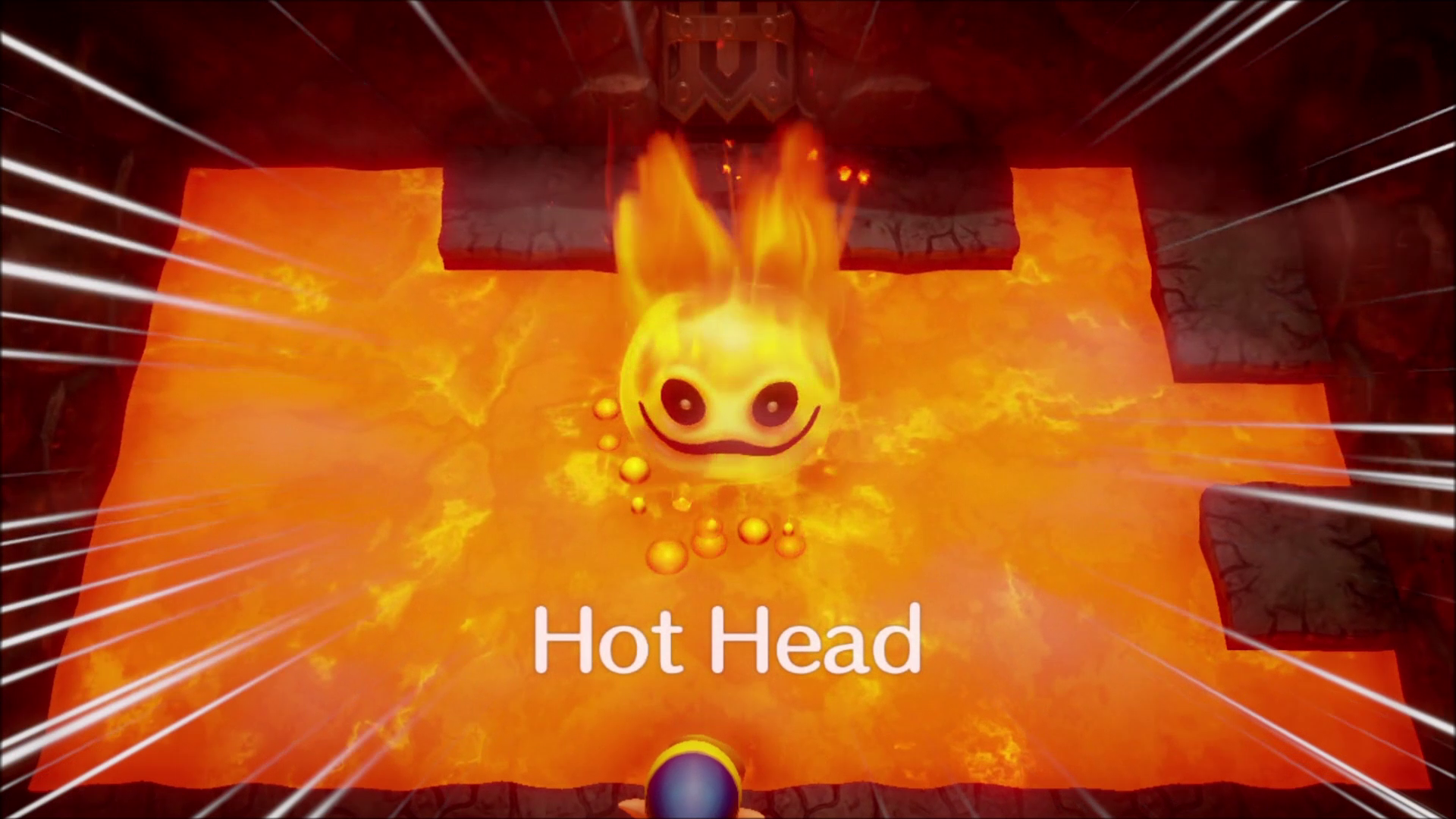 You've been through a lot of tests, but you're finally at Turtle Rock, Link's Awakening's eighth dungeon, with only Hot Head left to beat. He may be your most daunting test, though. Fortunately, Shacknews is here to help you out with a few pointers on how to extinguish this baddie.

Hot Head doesn't leave you a lot of space to work with. You have the bottom row and a few spaces up top and to the side. Meanwhile, Hot Head will have the whole lava pool to himself. Watch out as he jumps in and out of the lava, spewing out lava blasts diagonally four ways. Stay across of Hot Head's face to avoid the blasts.

Your weapon of choice here will be the Magic Rod you found earlier in the dungeon. The Magic Rod will melt Hot Head's fiery exterior momentarily, leaving him a giant cranium of coal. While cooled, Hot Head will bounce off the walls frantically. It may be hard to avoid him in this state, so you'll likely take some damage. But when he comes your way, make sure to hit him with the Magic Rod again. Your sword will not damage Hot Head.

Deliver enough hits and Hot Head's outer shell will crack, leaving a spiky second layer to get through. Hot Head will move much faster, so he'll be tougher to catch, but that's essentially his last stand. Four more hits and you'll put Hot Head on ice.

With Hot Head down, that means you've finished all eight of Link's Awakening's dungeons. All of the instruments to wake the Wind Fish are in your hands, so all that's left is to go wake him up. We'll have more tips, advice, and tricks for Link's Awakening in the days ahead. Keep it on Shacknews for all the latest guides and content.