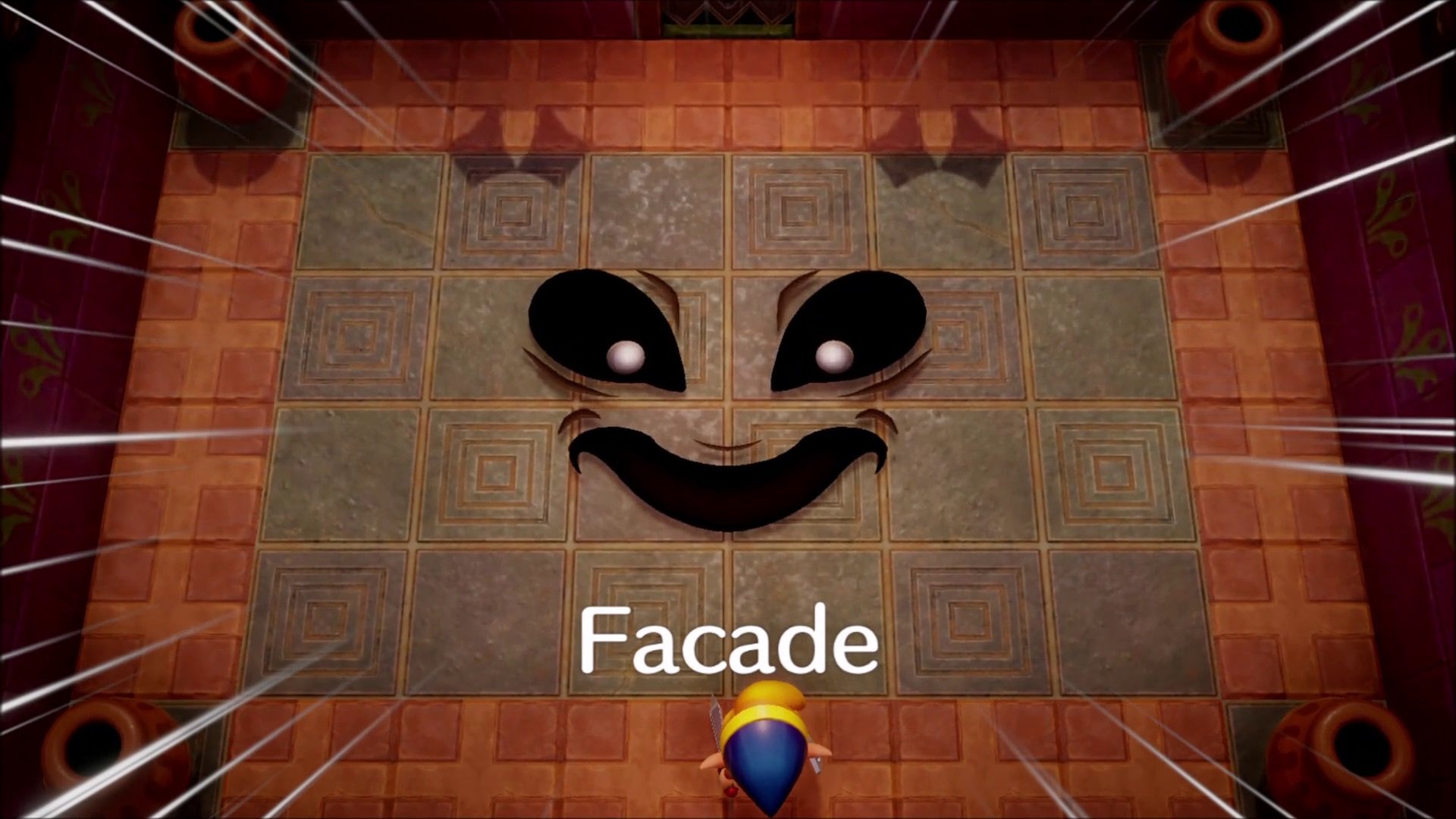 How to beat Facade - Link's Awakening

You're almost at the exit of the Face Shrine, Link's Awakening's sixth dungeon. But there's one huge obstacle still in your way in the form of the dungeon boss, Facade. Facade is one of the more unique bosses you'll see in the Legend of Zelda series, so you might need some help. Lucky for you, Shacknews is here to give you a hand.

How to beat Facade - Link's Awakening

Normally when facing a dungeon boss, you would rely on the key dungeon item to help you through it. That's not really going to work here. You've leveled up your Power Bracelet, but there's nothing you can really use with it. So then how do you ultimately defeat Facade?

Facade doesn't respond to your sword, so don't bother with it. You're going to need to dig into your bag of Bombs for this battle. Facade will open up holes in the floor throughout the boss chamber and will look to defeat you by having you fall through them. The holes will open up quickly, so you're going to have to most fast. Prep your Bomb and toss it at Facade's face as soon as you get the opportunity. Practice your long-distance throws, because you'll need to master them if you hope to avoid falling through the floor.

Your other most valuable tool here will be Roc's Feather. You may reach a point where you get cornered and can't avoid the holes coming your way. Jump over the holes if you need to get out of the way.

As you do more and more damage, Facade will look to throw you off the trail by popping up in different spots. Don't throw your Bomb until the holes in the floor start to open up. Keep up the pressure and you'll pop Facade like a bad pimple.

Now that Facade has been blemished, you're officially three-quarters of the way through the game. We'll have more tips, advice, and tricks for Link's Awakening in the days ahead. Keep it on Shacknews for all the latest guides and content.