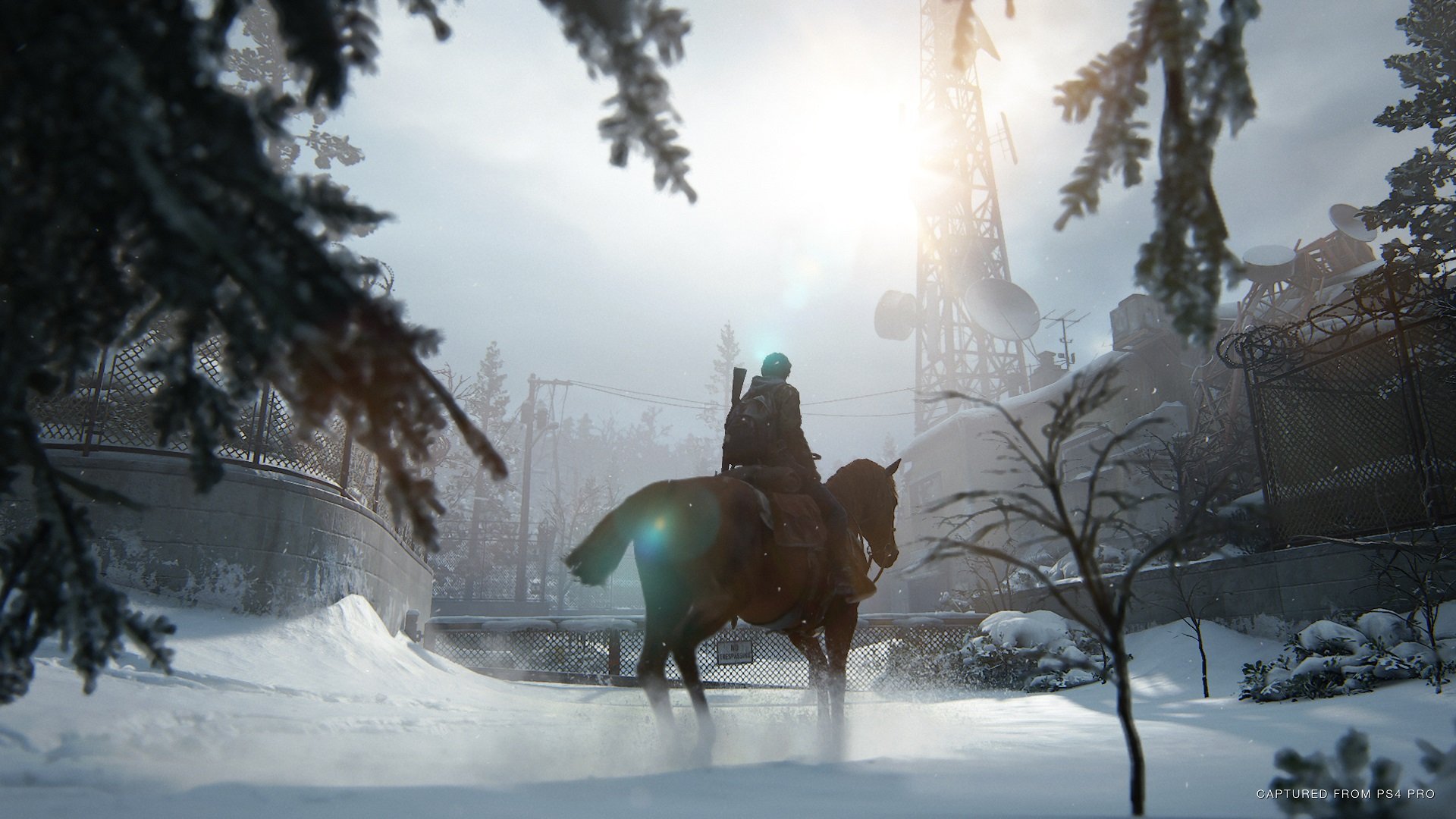 The Last of Us Part 2 hands-on preview: Infectious as ever

The Last of Us Part II has been one of PlayStation's most anticipated blockbuster games for years. Naughty Dog has been hard at work on what studio vice president Neil Druckmann is calling the developer's biggest game ever on all fronts, to the point that very little information has been given about the game since it last appeared at E3 2018. That's over 15 months of radio silence. But on Tuesday, The Last of Us Part II closed out Sony's State of Play presentation, getting a release date and a new trailer. And shortly after the trailer's premiere, Shacknews was given the opportunity to go hands-on with the game for the first time.

By now, those who have followed The Last of Us Part II's development cycle is familiar with the E3 2018 trailer. Viewers were introduced to Ellie's new life in Jackson and were also introduced to Ellie's potential new love interest, Dina. This playable demo takes place in the aftermath of that evening, with Ellie and Dina going on patrol around Jackson. This is a day in Ellie's new life, where she lives in peace with her fellow survivors and goes on daily patrol, gathering supplies and taking out any lingering Infected.

The elements have come down over Jackson, as Ellie and Dina ride on horseback through a winter storm. As they explore an abandoned radio tower, they banter with one another throughout. They talk about their old relationships and why they ultimately fell apart. All the while, they take out any leftover Runners. Stealth gameplay in The Last of Us Part II is much like it was in the first game. Players use Listen Mode to pinpoint enemy locations, crouch or go prone to sneak up on foes, and quietly dispatch them in order to avoid drawing attention. If you do slip up and get spotted, you can stun enemies with the Quick Throw function (tied to R2) and perform a quick melee kill while they're stunned.

Where things start to get different is in the switch from Joel to Ellie. Ellie is significantly more athletic than the old man, which is why for this game, she'll get a jump button. Ellie can jump up and grab ledges, climb up objects, and use her sprint function to leap over longer distances. This is critical when it comes to avoiding fights and regrouping, which I'll touch on in just a little bit.

Outside of a camp, Ellie and Dina find a moose carcass, which shifts the scene to a dilapidated market. This is where players get reacquainted with an old "favorite," the Clickers. Like in the first game, the Clickers are blind creatures and respond to sound, making stealth essential. When isolated, they're simple enough to dispatch. When combined with the neurotic Runners, things get much hairier. At this point, stealth went out the window and it was time to resort to firearms.

Similar to the original game, there are several different firearm types, but ammunition is limited. Ammo drops are frequent, but going in guns blazing isn't always a viable strategy. There are also traps available, which can be crafted on the go, along with med kits. If you do want to get yourself into a gun fight, you can upgrade your weapons at workbenches placed throughout the world.

The snowstorm soon turns into a blizzard, at which point finding the way forward got a little tricky. Even after finding an abandoned library, the objective wasn't always clear. Fortunately, a hint system kicks in after a while, offering players a sense of direction by using the L3 button. Eventually, Ellie and Dina found themselves in a dead pot dispensary, where they helped themselves to some blunts in a jar. This is where they talked about the kiss from the night before, with Dina asking the question from the trailer, "How would you rate our kiss from last night?" I won't spoil the answer, but the two soon share another kiss that puts the previous night's one to shame, which is where the first demo ends.

The second demo takes place after an unspecified "incident" that sends Ellie on a path towards revenge. There has been a lot of speculation on what this incident is, with many assuming that Dina dies at some point early in the game. It feels like a safe assumption, given that this is the same Naughty Dog who ripped everybody's hearts out at the start of the original Last of Us. However, that's not a sure thing and there's a chance that Naughty Dog has a twist ready to subvert everyone's expectations. Regardless, the second demo sees Ellie acting alone and driven by vengeance, as she arrives in the Hillcrest suburb of Seattle.

Ellie's objective in the second demo is to find Tommy, Joel's brother from the first game, who has been taken by a mercenary faction called the WLF. The primary enemies here aren't Infected, but the human ranks of the WLF. As one might imagine, it's much more difficult to combat a coordinated militia. Dogs will track you by your scent, so you must reguarly toss bricks or bottles to distract them before they find you. However, the canine's presence makes stealth much tougher. Almost all of my human encounters ended in a firefight, simply because sneaking up on them proved too difficult.

Stealth does get a little bit easier once Ellie kills an Infected and finds a Bow attached to its corpse. The Bow is the best way to score ranged kills without attracting attention. Again, ammo is limited, but if you're lucky, you can grab arrows off your targets' dead bodies and use them more than once. But with the dogs constantly on patrol and the WLF patrolling in larger numbers, confrontation is ultimately unavoidable.

Checkpoints do border on the generous side, as I got sent back to my most recent kill after every death. But after dying about a dozen times to the WLF's greater numbers, I eventually threw up my hands and just ran for my life. This is where Ellie's increased mobility options proved handy. This isn't an elegant parkour system, but Ellie can jump through windows and sprint jump across large distances. I didn't have a full success rate running away, either, as the WLF members would communicate with each other, cut me off at strategic points, and even use smoke grenades to curtail visibility. Given what I was up against, I did maintain the "run like hell" strategy and eventually escaped.

This is where I saw what everybody else saw at the end of the State of Play trailer. An unknown figure snuck up on Ellie, who turned around to find Joel. Joel told her, "You think I'd let you do this alone?" The demo provides context for this scene, because no matter what they might have gone through over the course of the first game, Tommy is still Joel's brother and Joel isn't going to let him die.

This is the smallest taste of what's to come in The Last of Us Part II. As noted, Druckmann told a room of assembled press that this would be Naughty Dog's biggest game ever, in terms of content, length, story, and everything else. There looks to be much more in store, in terms of the game's story, new friends and enemies, and the various Infected types.

There's now a release date in sight. The Last of Us Part II is set to release exclusively on PlayStation 4 on February 21.