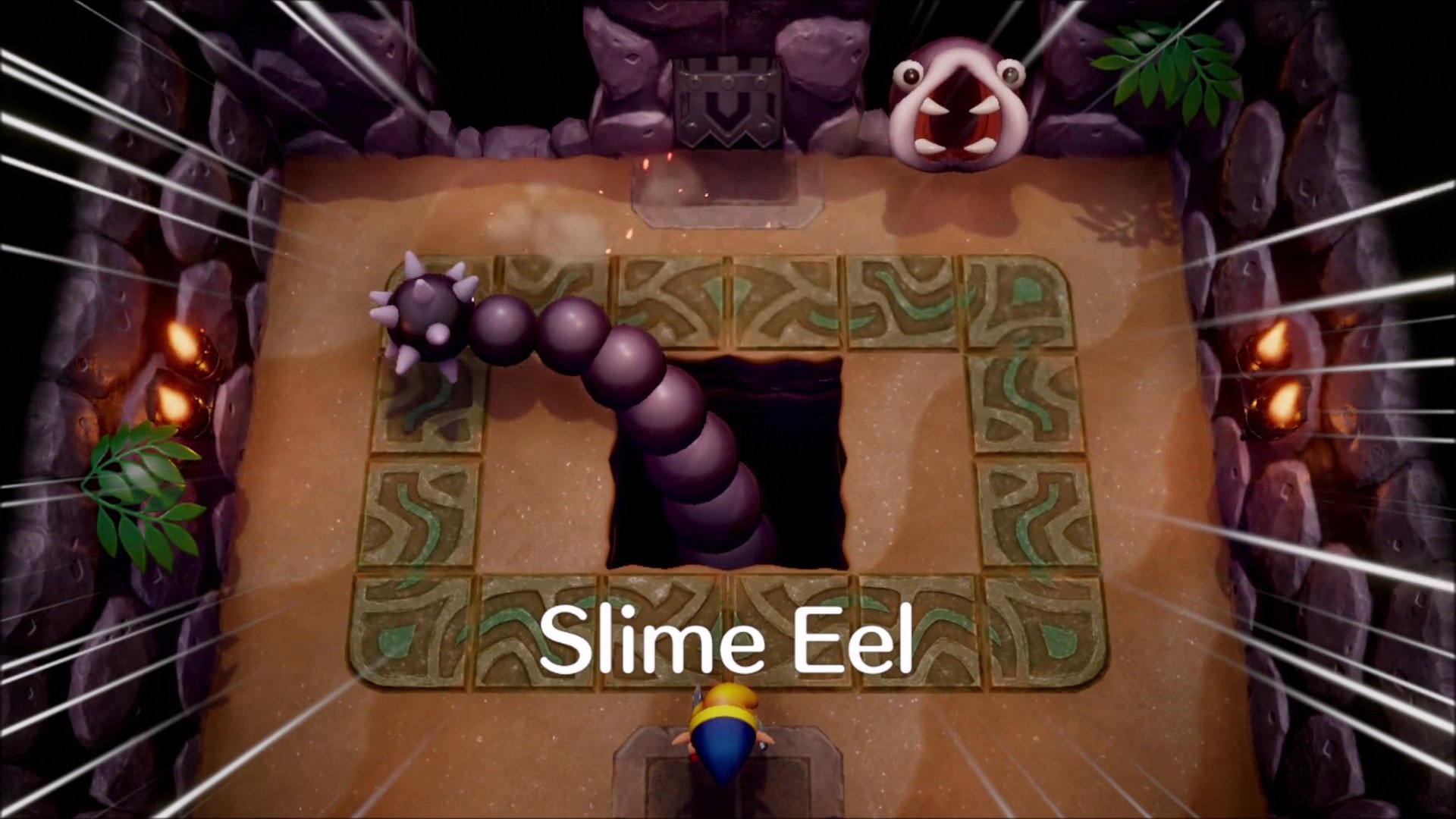 How to beat the Slime Eel - Link's Awakening

You're almost at the end of Catfish's Maw, Link's Awakening's fifth dungeon, but the Slime Eel is standing in your way. This slithery serpent won't go down easy, but Shacknews is here to give you an assist. We have some tips to help you beat this sticky reptile and keep your adventure rolling.

How to beat the Slime Eel - Link's Awakening

The Slime Eel is so massive that he literally surrounds the boss chamber, with his tail sticking out from the center. The tail is not your target. Your target is the Slime Eel's head, which will crash through the corner walls like the Kool-Aid Man.

Despite the Slime Eel's head looking similar to the Dodongo Snakes, you cannot defeat it using Bombs. You also can't swing your sword at its head, because its cranium is hard as a rock. Your key to victory is the Hookshot you found earlier in the dungeon.

You must fire your Hookshot directly at the Slime Eel's face. If you hit it at an angle, it won't be affected. Hitting the Slime Eel in the face from a distance will pull it out of the wall. You'll then find his weak spot, his glowing neck.

Getting a clear shot at the Slime Eel's head is the biggest challenge, since his tail will swing all around the chamber. If it hits you, it'll do damage and also disrupt your shot. Use Roc's Feather to leap over the tail and give yourself space to aim. Once you pull the Slime Eel's head out, walk over and slash away at its neck until it falls.

The Slime Eel has been defeated and you only have three bosses left to go. Now things start to get trickier. We'll have more tips, advice, and tricks for Link's Awakening in the days ahead. Keep it on Shacknews for all the latest guides and content.

How to transfer an Animal Crossing: New Horizons island from one Switch to another
Login / Register