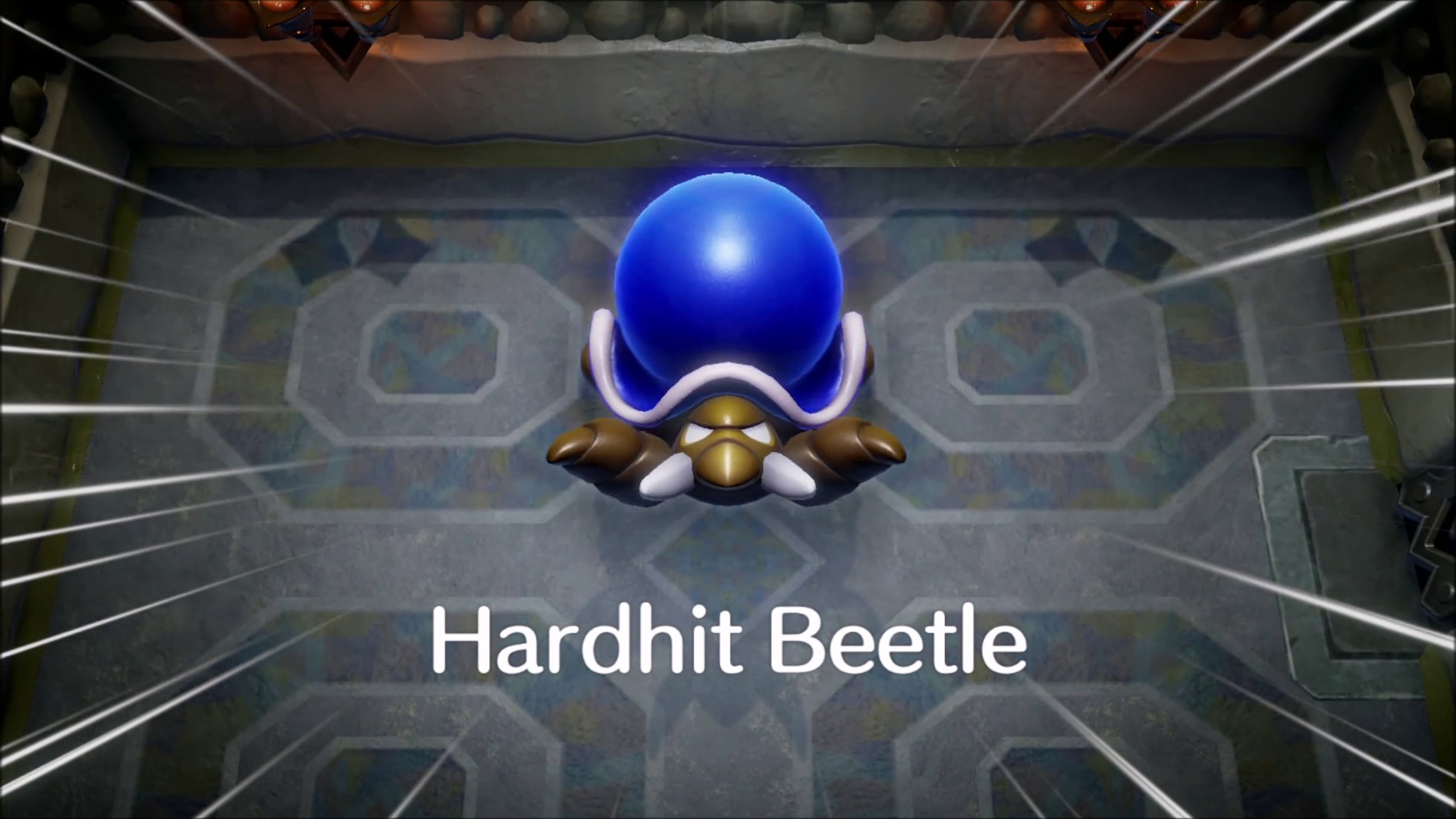 How to beat the Hardhit Beetle - Link's Awakening

The optional Color Dungeon in Link's Awakening has a very special reward at the end, but the Hardhit Beetle is standing in the way. This boss can be a bit tough to figure out and once you do figure out how to defeat it, it becomes a race against time. But you've come this far, so don't let it stop you now. Shacknews is here with all the advice you need to squish the Hardhit Beetle.

How to beat the Hardhit Beetle - Link's Awakening

The Hardhit Beetle's weak spot isn't evident on the surface, but if you swing your sword at it, you'll certainly hurt it. If you swing your sword blindly, you might miss a few things about this boss that you should observe. For each successful hit, you'll leave a crack on its surface. More importantly, if you don't follow up quickly, it can heal itself. So if you're not paying attention, you could be at this for a long time.

The Hardhit Beetle will fire off blasts that can do some heavy damage over time. They can be blocked with your shield, but be careful to stay on the offensive. Focus too much on defense and the boss will heal itself.

Once the Hardhit Beetle is on the verge of defeat, he'll call in several Stalfos enemies as reinfocements. As much as you might not want to, you're going to need to dispatch them first before going any further. Do so as quickly as possible before the boss can heal himself too much. With the Stalfos out of the way, keep swinging away at the Hardhit Beetle's shell until it shatters for good.

With the Hardhit Beetle defeated, you will complete the Color Dungeon and receive your choice of red or blue mail. No matter what you select, your adventure will get significantly easier from here on out. We'll have more tips, advice, and tricks for Link's Awakening in the days ahead. Keep it on Shacknews for all the latest guides and content.