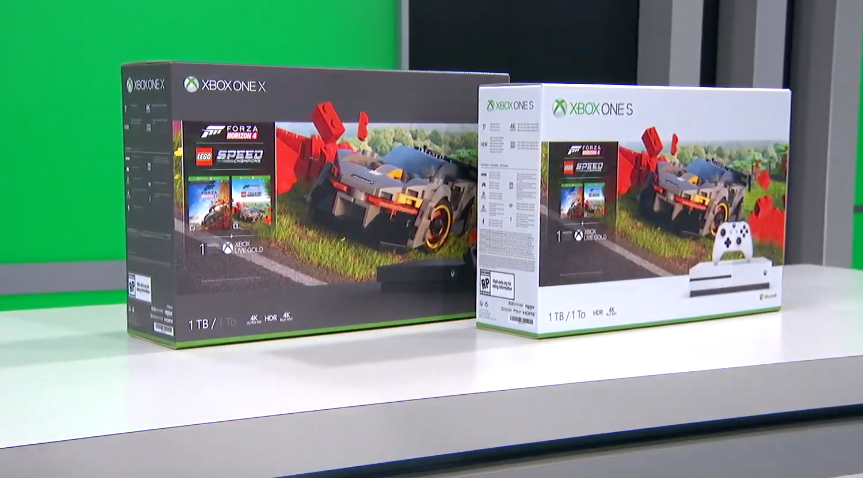 If you're in the market for a new Xbox One S or Xbox One X, you might consider grabbing one of these two new bundles.

Of course, the Xbox One S is the less powerful of the two, and the bundle will be priced as such. It'll go for $300, and the Xbox One X bundle will instead be $500. It's a great deal for racing fans looking for a reason to jump into the Xbox ecosystem with a more powerful system in the form of the Xbox One X, especially since it can handle games in 4K and higher framerates.

Plus, Forza Horizon 4 is just a great game. Chris Jarrard reviewed the game and awarded it a 9 out of 10. Here's what he thought about it:

"Against other racing games, Forza Horizon 4 stands alone as the best representation of what arcade fun is all about, evoking the spirit of OutRun, Need for Speed, and Burnout: Paradise. It is a love letter to car enthusiasts that doesn’t shun outsiders and casual players. It manages to avoid being dragged into tired open-world tropes despite being confined to only vehicles, an outstanding achievement on its own. The game is incredibly well-polished at every turn and offers truly seamless cross-play between consoles and PC with zero compromise."

Will you be picking up one of these bundles? Be sure to let us know in the comments below.

RTX 3090 expected to be in 'limited supply' on launch day, Nvidia apologizes in advance