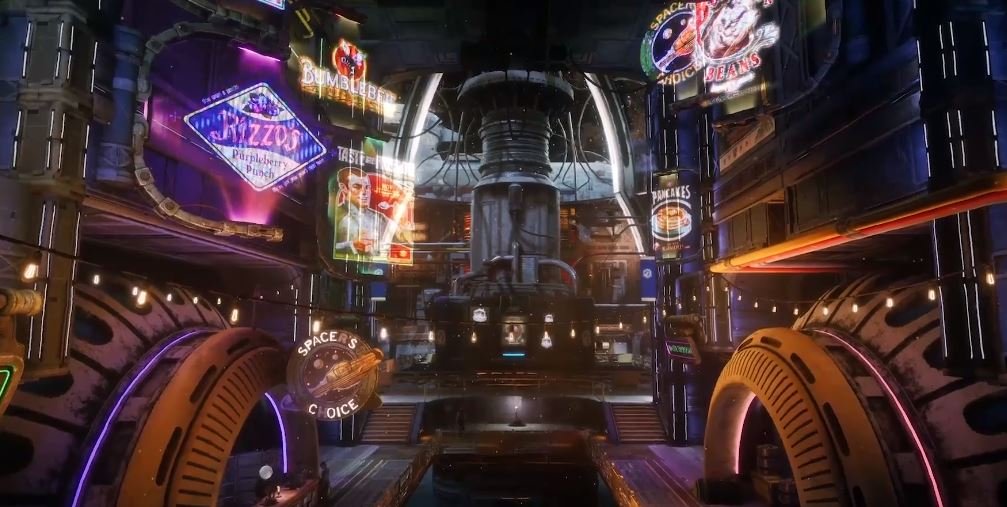 New Outer Worlds trailer is a brochure for the Halcyon colony

Microsoft and Obsidian Entertainment gave players one of the most detailed looks at the new RPG The Outer World yet during the Inside Xbox event live stream that premiered this evening. The new trailer was styled like a video brochure for the Halcyon colony in the game, showing off habitats, weapons, and other game systems. Additionally, the trailer offers detailed looks at the various environments and enemies that players are sure to encounter when the game releases later this year.

One thing you can say about The Outer Worlds is that it is anything but bland and is carrying itself with style. Our own Ozzie Mejia got a chance to go in-depth with the game earlier this year and gave his thoughts on that sense of style and the game world’s heavy reliance on branding:

One idea that Obsidian is taking to the lengths of delightful absurdity in The Outer Worlds is the concept of branding. Virtually everything in the game is branded. Every consumable item and every weapon has a corporate brand name attached to it, along with marketing buzzwords and slogans. Narratively, it shows that corporations are the ultimate master in Halcyon. Every single NPC in the game works for a company. It's a world that has progressed beyond racism and sexism, but it's a world that's entirely consumed by competition between companies. It's a story inspired by the robber barons of the late 19th century, but with the concept taken to its next level.

Outside of the narrative elements, branding represents a chance to show off the game's quirky sense of humor. One example of branding involves exploring a colony owned by Auntie Cleo, a company that manufactures food and drugs. Among the helpful medical miracles they make is a line of products called Auntie Biotics.

The Outer Worlds will be ready for players to explore on Xbox One, PS4, and PC on when it releases on October 25, 2019.

Dauntless "Call of the Void" update revealed, coming next week