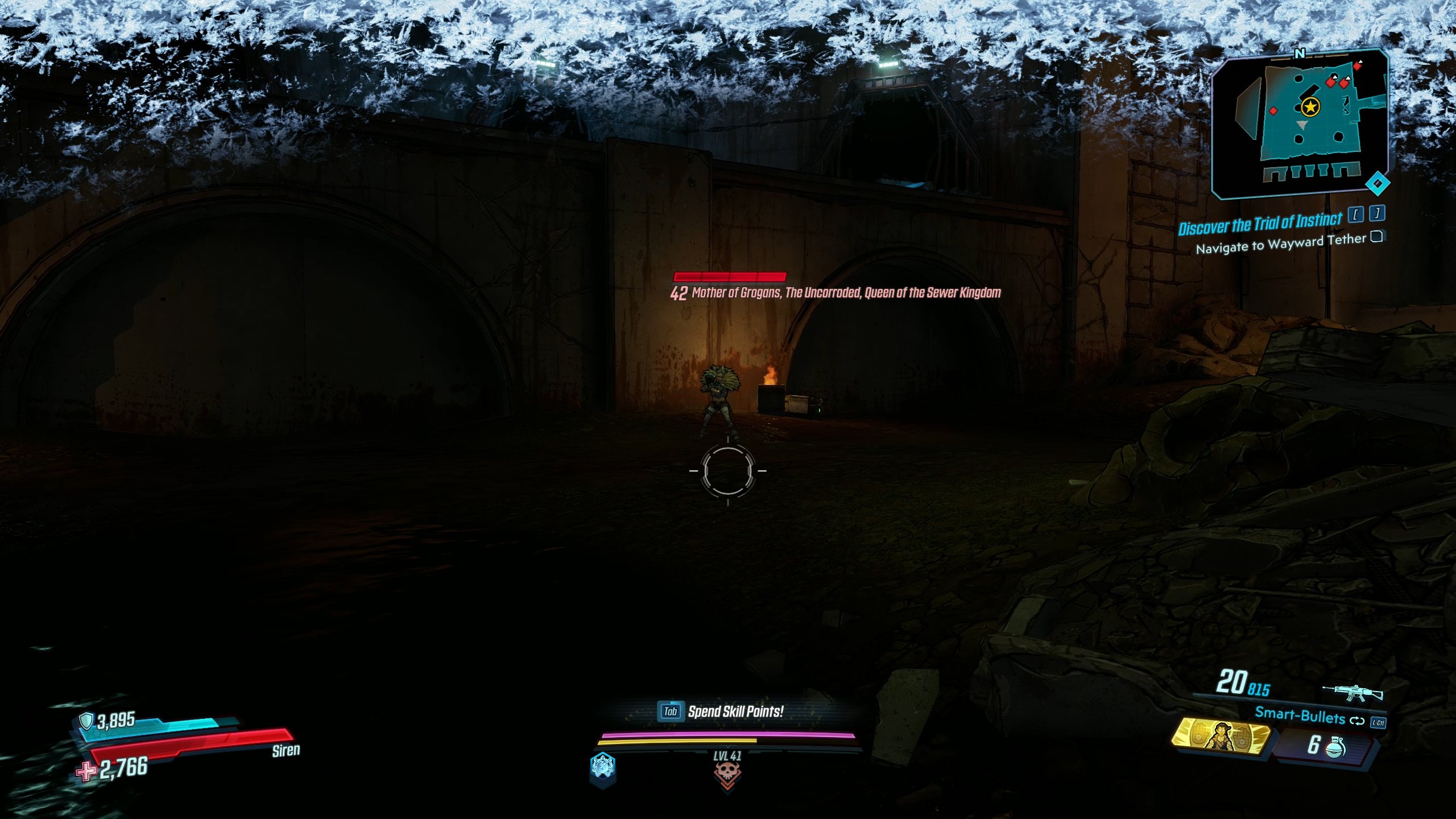 The latest title in the Borderlands series is absolutely brimming with tons of quirky little Easter Eggs. We’ve already detailed how to find a number of them; however, Game of Thrones fans will also find that Borderlands 3 holds a nice little nod to the iconic fantasy show as well. In this guide, we’ll show you how to find the Game of Thrones Easter Egg, which comes in the form of a named enemy called the Mother of Grogans, who also happens to be one of many rare spawns available for players to hunt down.

To find the Mother of Grogans, players are going to want to make their way over to Eden-6, which means you’ll need to progress through the game quite a bit. Once here, head to the region of the map called The Anvil. Once you arrive at The Anvil, look around for the sewers area and then head inside. At the very back of the sewers, the Mother of Grogans can spawn.

Like the Destiny Easter Egg, the Mother of Grogans is not a guaranteed spawn. This means you’ll need to reload the game, or just return to the area at a later time to get her to spawn correctly. When she does spawn, though, the Mother of Grogans also brings three mini-dragons with her, each of which is named similarly to the show’s iconic creatures. In this instance, the dragons are named Vice, Rage, and Dreg, which are obvious nods to the dragons from Game of Thrones which were named Viserion, Rhaegal, and Drogon.

Defeating the Mother of Grogans won’t reward you with any kind of special weapon—like the Lord of the Rings Easter Egg—but it is still a nice nod to an iconic show that dominated people’s Sunday evenings for several years. You can also pick up random Legendary Artifacts while farming this enemy, so that's something to keep in mind. For more cool Easter Eggs like this, be sure to head over to our Borderlands 3 guide and FAQ.