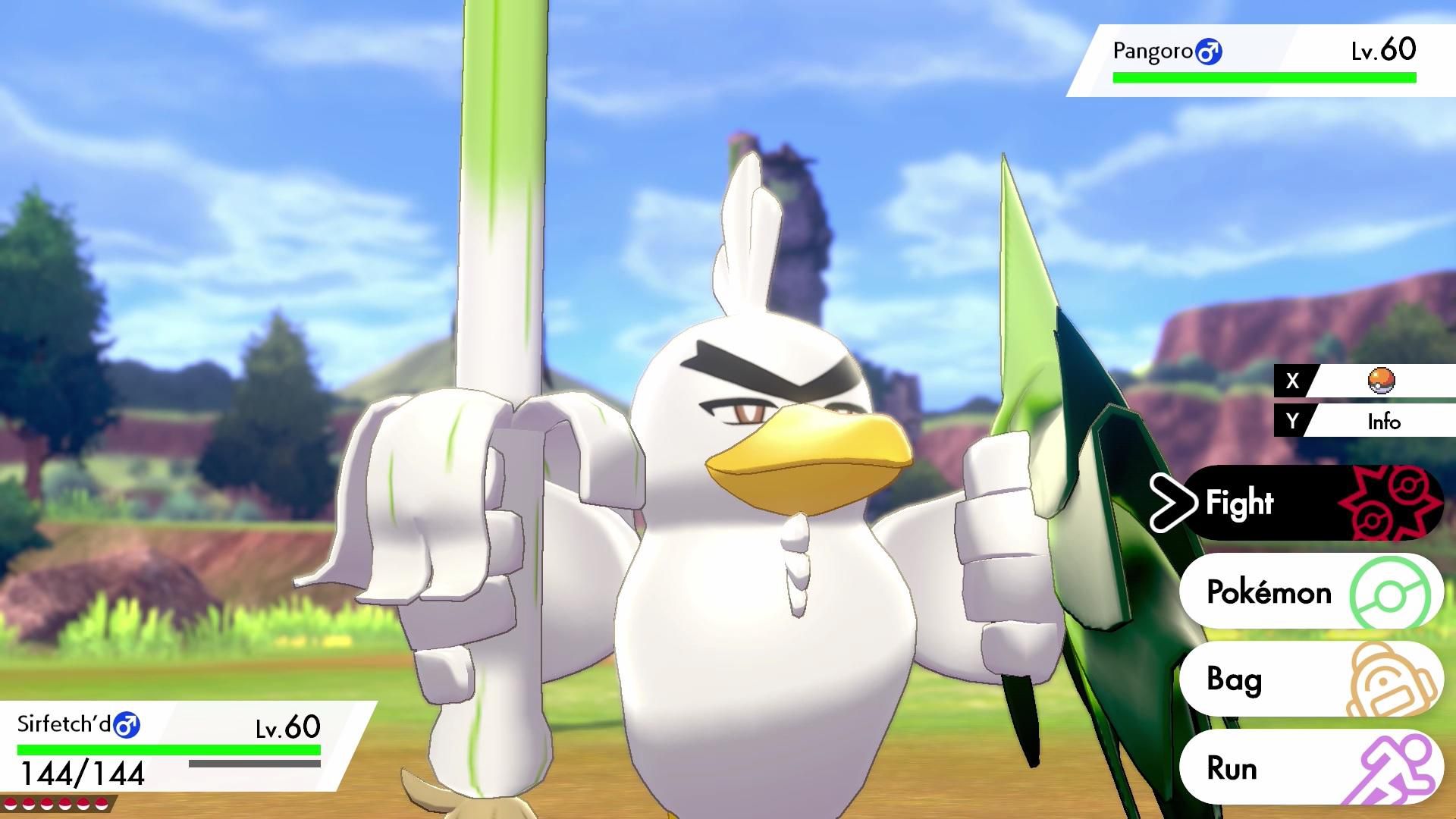 The Pokemon Company just revealed a shocking new evolutionary stage for a Pokemon that we all thought would remain the same for, well, forever.

A new Pokemon has been discovered in the Galar region, and it's called Sirfetch'd. The Wild Duck Pokemon is the next evolutionary step for Farfetch'd, and it appears only the ones in Galar can evolve into the new form. And it seems they're much elegant, more dashing fighters than their previous stage, though yes, they still do use a leek to fight. What kind of awesome new stage of Farfetch'd would they be if they didn't?

They're classified as Fighting-type Pokemon that are calm and collected, making a point of "battling fairly." They're also described as being noble in battle, so much so that they're chosen as the subjects of paintings. There's actually one in Galar that you'll likely be able to find while playing Pokemon Sword and Shield that shows a duel between a Sirfetch'd and an Escavalier as they have it out.

This new Pokemon also has a devastating new attack that only it can learn: Meteor Assault. It will point its leek at its opponent and charge toward them. It will put strain on Sirfetch'd, however, so it'll have to take some time to recover between moves.

Sirfetch'd will fight with the stalk of its leek as a lance-like weapon and then use its leaves to shield itself. The leek will be reused over the span of several years, and the Pokemon considers its makeshift weapon its greatest treasure – so much so that if it withers, Sirfetch'd will no longer battle. At that point, it's considered to be retired, which is distressing.

Leeks without water in them will wither away pretty quickly, right? That begs the question: when the leek has withered and Sirfetch'd has retired, do you just keep it around as a pet? Do you have to take it out of your battle rotation? Are these just superpowered leeks?

Perhaps some of these questions will be answered when we can get our hands on Pokemon Sword and Shield when the games drop on Nintendo Switch on November 15. Which version will you be getting?