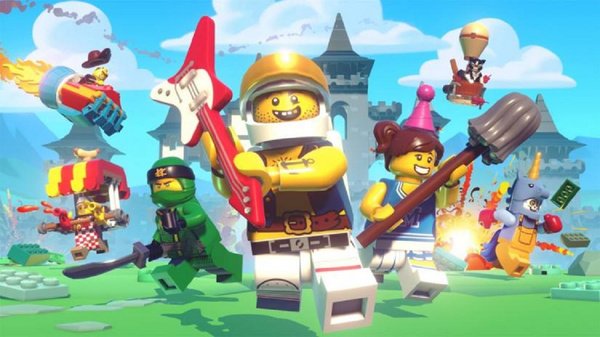 Ready for a new Lego game to touch down on Apple Arcade? We're here to grant your wish, with the announcement that Lego Brawls is making its way to the service next week.

Lego Brawls is a 4v4 multiplayer game that takes place in the Lego universe. Players converge together on a game for "non-stop action" that's meant to be enjoyed just about anywhere and at any time. Players can create their own characters, work together with teammates, and battle it out across a variety of locations themed with Lego pieces, including Ninjago as well.

Each stage will bring a set of new challenges, missions, and power-ups with it. You can use Lego bricks during fights to create power-ups like a pie launcher, snake car, and even a hot dog stand. Beyond that, you can make your character look exactly like you want them to by customizing them with hundreds of different parts taken from actual Lego minifigs.

Since Lego Brawls is an Apple Arcade game, that means each player can enjoy the title on their own screen and you can invite others to play just about anytime and anywhere. It looks like a worthy new addition to the cavalcade of Lego-centric games out there in the ether. If you've grown tired of new Lego licensed games over and over and want to try something new, this could be the multiplayer game you've been waiting for, especially if you do a lot of collecting on your own. They're certainly cute enough, aren't they?

Are you excited for a new Lego game with completely different mechanics? Let us know in the comments below!