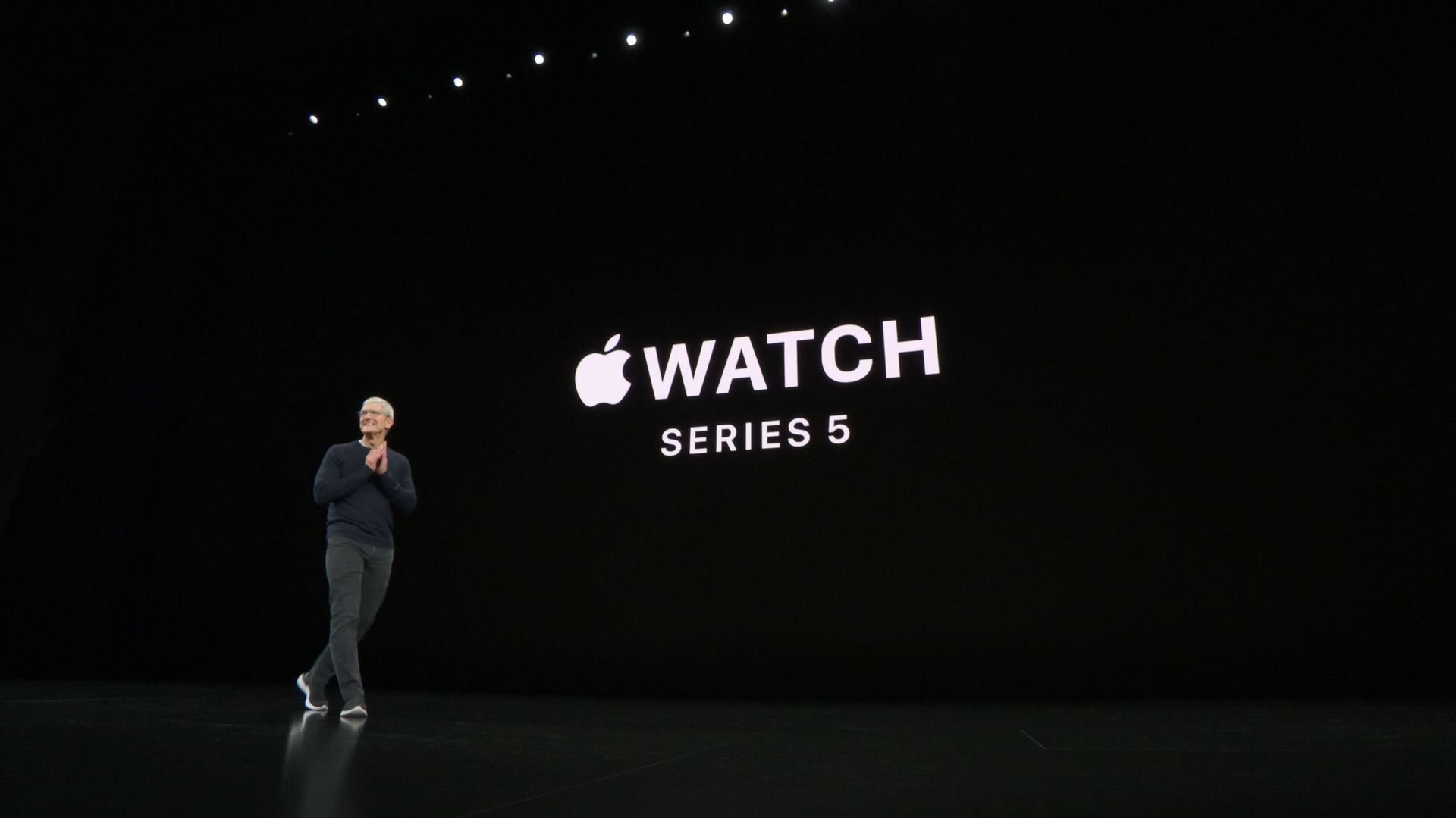 The Apple Watch Series 5 was revealed today during the Apple Special Event. The Series 5 can be ordered starting today and will be available in stores on September 19, 2019.

The Apple Watch Series 5 was among the highlights of the Apple Special Event today. This latest iteration of the Apple Watch was introduced with a batch of new features, including the Apple Hearing Study, Apple Women’s Health Study, and Apple Heart and Movement Study, all within the Apple Research App. These features were announced to be launching within the U.S. in 2019, but other countries were not given a date for inclusion with these services.

Apple Watch Series 5 will also feature an Always-On Retina Display, LTPO Display, all-day battery life with up to 18 hours of use, and a new built in compass. The always-on feature will allow users to check their watch without raising their wrist or tapping the display, useful during workouts.

New features and improved services from the past will run on WatchOS 6, and Apple Watch Series 5 will be available in a variety of materials with a wide selection of bands. Included in this will be the first ever titanium models.