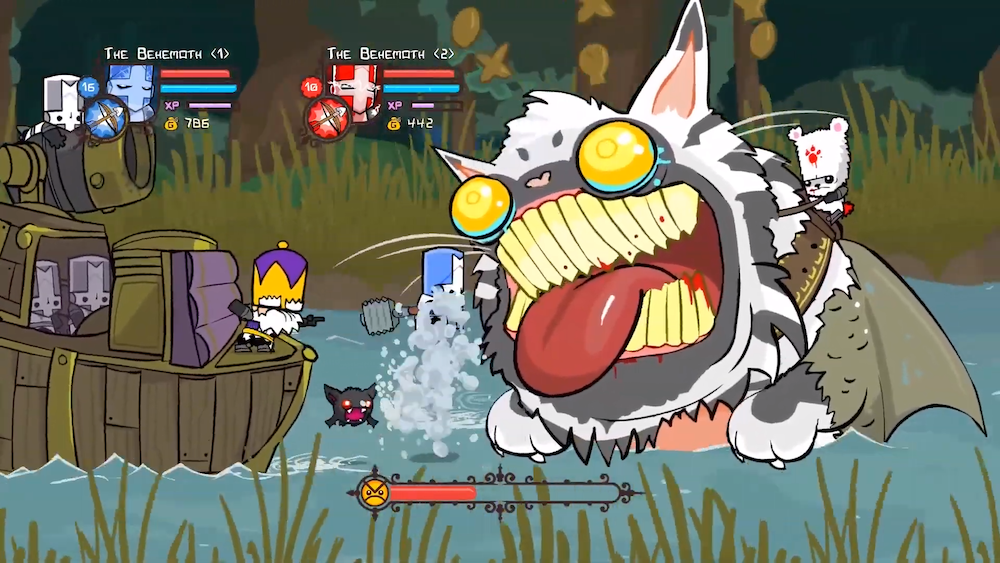 Love games like Alien Hominid and Castle Crashers? You're probably a fan of The Behemoth, the developer who has been doggedly bringing these games to fruition for 16 years.

Shacknews caught up with CEO John Baez to chat about a variety of different topics regarding The Behemoth's place within the industry, as well as why it's taken so long to bring Castle Crashers to the Nintendo Switch, when it's been so long since the original game released.

"We're a very small team so we just work on stuff one piece at a time. We just released Pit People last year. That was a huge undertaking for us, so it's taken a while to get back on track with things," said Baez.

That's completely understandable, but we can't help but wish there were more of the company's games on the horizon, too! Games are all about having fun, after all, according to Baez, and we definitely agree.

"People are always looking for something fun to say. There's always something new that you can bring to the table," he told Greg during our interview.

Baez also spoke briefly in the video above about his experience within the ever-changing video game industry, the resurgence of certain genres and trends, and more. Be sure to check it out if you're a fan of their unique twist on side-scrolling shooters and beat-'em-ups.

For more great interviews like this, be sure to head over and subscribe to both Shacknews and GamerhubTV on YouTube. And make sure to head back over later this week for additional coverage from Tokyo Game Show 2019, which is nigh upon us.