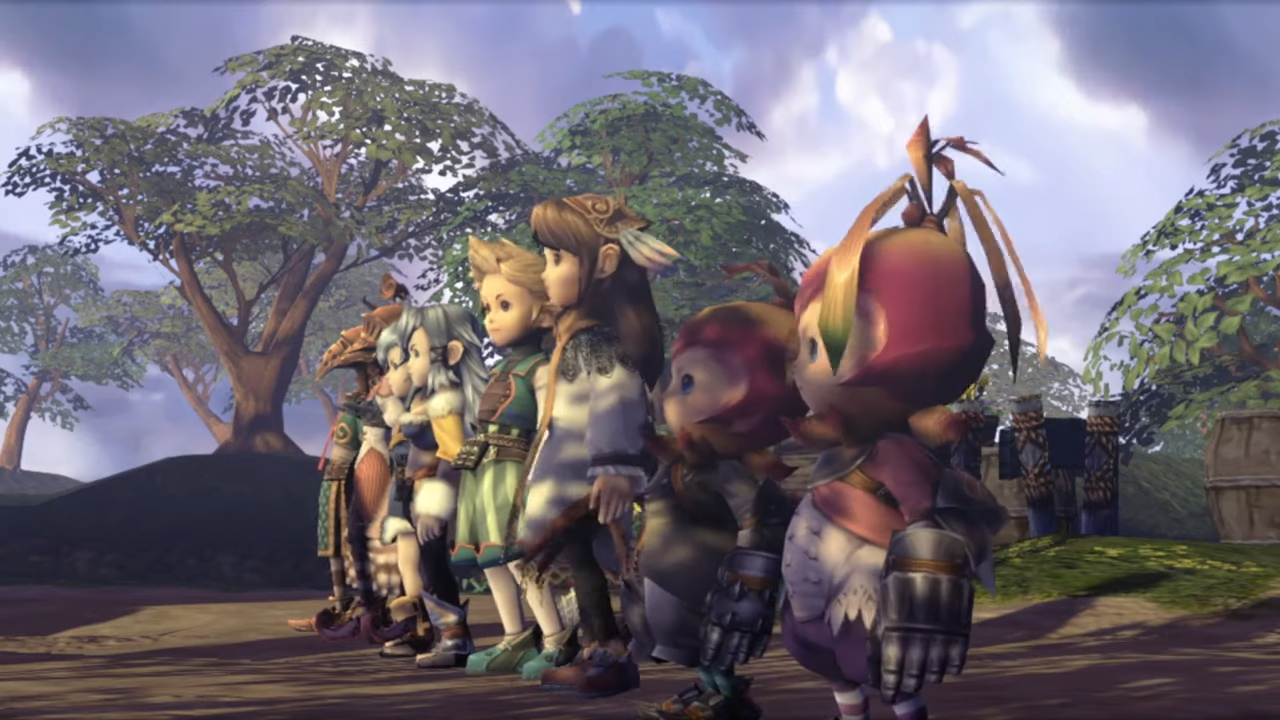 Some might be asking, "Wait, what is Final Fantasy Crystal Chronicles?" If you're among them, that might be understandable. This classic was first seen on the GameCube, way back in the early 00s, where it sold over one million copies. This game brought more of an action-RPG experience to multiple players, with up to four friends joining forces to battle monsters, explore dungeons, and save their village from a deadly substance called Miasma by collecting myrrh from local trees. The remaster was first unveiled during the 2018 Tokyo Game Show.

The latest 2019 TGS trailer introduces several elements that are brand new to the remaster. That includes character voiceovers, new character skins, online multiplayer with cross-platform play, and new dungeons and challenges to undertake as a team. And of course, this game is getting a graphical upgrade to something more on par with 2019 console gaming. The trailer above should offer a closer look.

If you're looking to wrangle together a few friends, you won't have much longer to wait. Final Fantasy Crystal Chronicles is set to release on PlayStation 4, Nintendo Switch, iOS, and Android on January 23. We'll be sure to update this post with more information as it arrives. And make sure to keep it on Shacknews all week, as we offer updates on all the latest from this year's Tokyo Game Show.