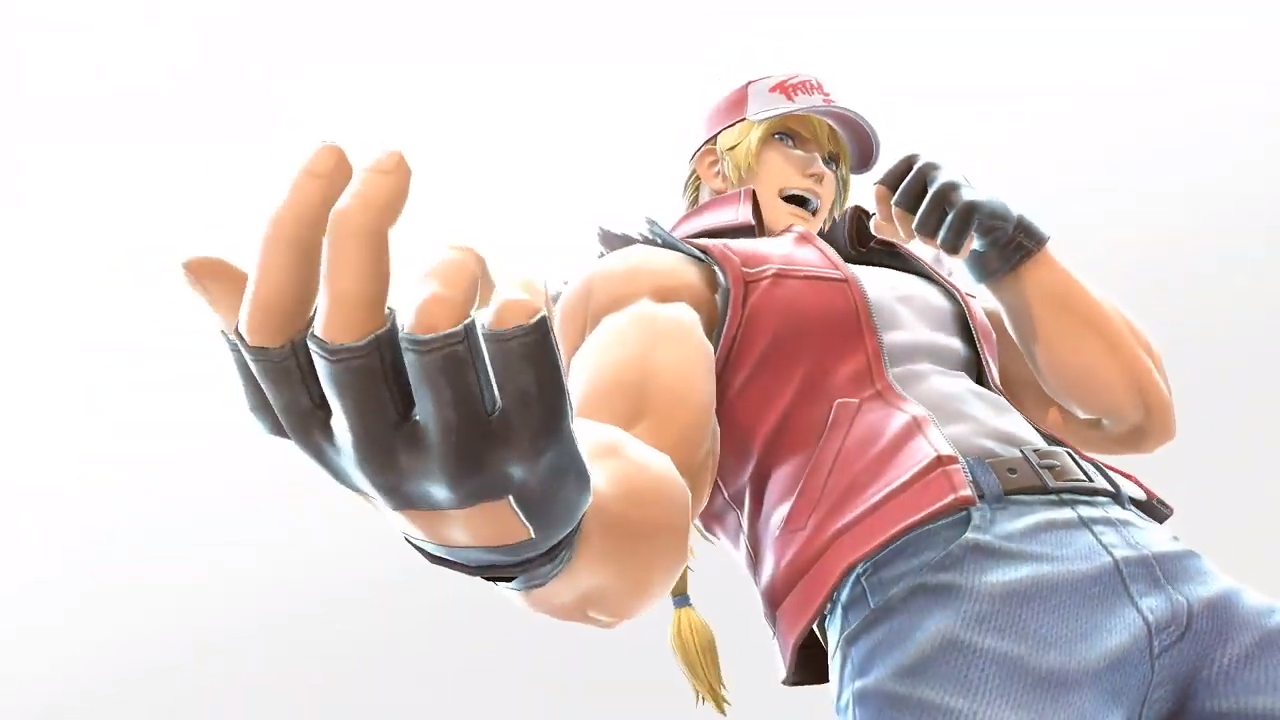 Wednesday's Nintendo Direct continued with some more news for Super Smash Bros. Ultimate beyond Banjo and Kazooie making their roster debut. But there's also a matter of a new character coming to the roster. And as has been rumored over the past week, that new character comes from the world of SNK. Showing off vintage Neo-Geo visuals, the Super Smash Bros. invitation floated around, slipping out of the grip of various SNK luminaries. That includes Geese Howard, who presumably plummetted to his doom. (Or not. I'm sure he'll be fine.) The invitation inevitably landed in the hands of Fatal Fury frontman Terry Bogard.

While SNK has a rich history across video games, few of the publisher's characters are more recognizable than Terry. Super NES owners will recall the Fatal Fury library gracing their 16-bit systems back in the day. Now Terry will join other old-school fighters from Nintendo's third-party history, like Street Fighter's Ryu. Terry will bring along his various Fatal Fury special moves, like his Power Wave and Burning Knuckle.

Following the Nintendo Direct, Super Smash Bros. Ultimate series director Masahiro Sakurai only had a few words to say about Terry. He did note that the team was hard at work on his development, though he did reveal a few seconds of gameplay footage. Look for more information on Terry Bogard in the future, presumably around his release date.

Speaking of his release date, Terry Bogard is officially set to make his Super Smash Bros. debut in November. That's not all, though. Nintendo also confirmed that more DLC characters are coming beyond the first Fighter's Pass. Sakurai addressed this following the Direct.

"To me, it feels like the finish line is sliding farther away," Sakurai said. "You may wonder, 'How much longer can he be involved in Super Smash Bros. Ultimate?' But I'm also excited. Adding more characters into the game will mean that more worlds will be added to the series. And ultimately, that will mean that there will be an even greater opportunity to delight the fans. At the same time, I feel that Super Smash Bros. Ultimate is represetnting so many characters and game worlds that it's become an enormous. Even if the Super Smash Bros. series continues moving forward, I doubt there will be another opporutnity to bring this many characters together again. And so I want to keep improving on this record as much as possible and I will continue to work hard to develop the game."