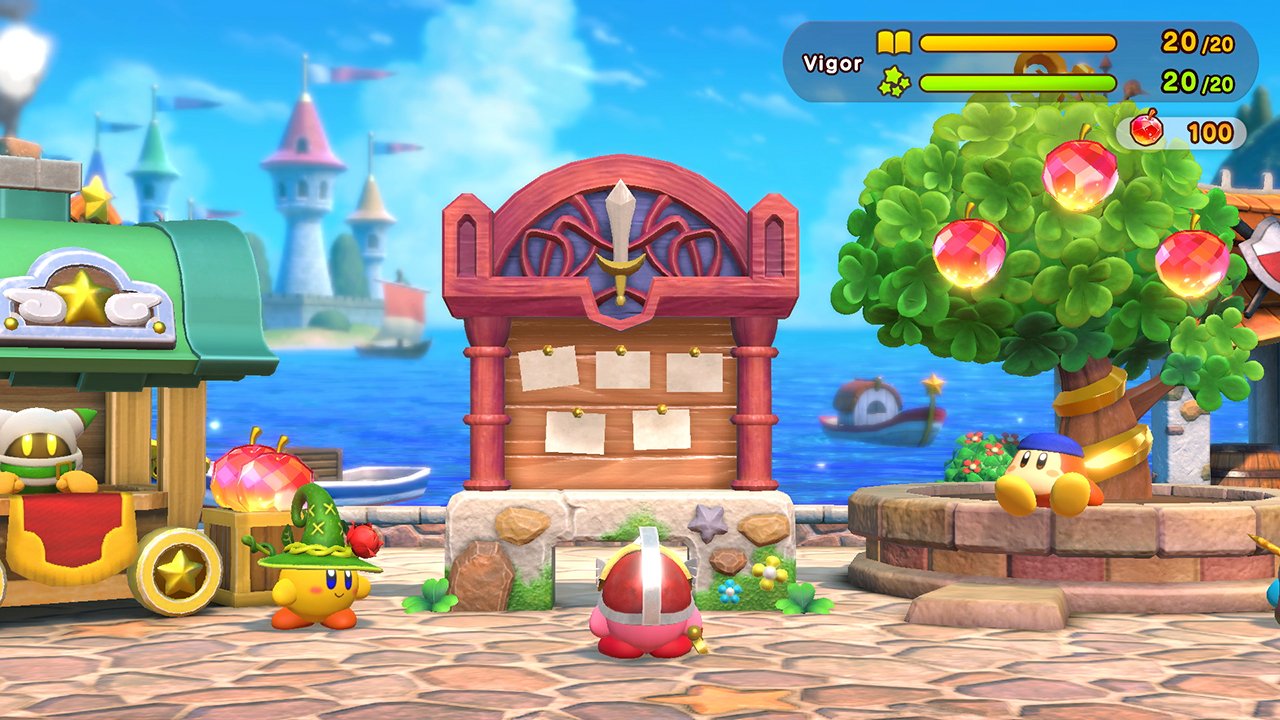 If you’ve been jonesing for some more Kirby in your life, then Nintendo has quite a treat for you. Today during the September 4 Nintendo Direct, the publisher revealed a new free-to-start game for the Switch called Super Kirby Clash.

in Super Kirby Clash, up to four players will join up in a bid to defeat a series of different bosses by crafting weapons, spending materials at the shop, and finding even more great weapons. The game will feature the Pass a Joy-Con controller system, which allows you to play with friends locally, as well as support for Nintendo Switch Online.

To defeat bosses this wicked, it’ll take a whole team of Kirbys! In this free-to-start multiplayer* action game, you can choose from four unique Roles and join up to three other players to take down tough bosses. Puff up your power by crafting weapons and spending materials at the shop to receive even MORE weapons, not to mention armor and items.

Are you a Sword Hero? Hammer Lord? Beam Mage? Or Doctor Healmore?! No matter what, each mighty role offers up a unique way to play. Story Quest lets players team-up locally* by sharing Joy-Con controllers, while Party Quest enables users to play together on one system, via local wireless, or online.

The game will be available to download starting later today, and it is another of what Nintendo classifies as a free-to-start game. We're not quite sure what all the purchases inside will involve, but you can check all of that out when the game is fully released on the eshop. While it might not exactly be the game that all the Kirby fans have been waiting on, it is nice to see Nintendo pushing the beloved pink hero back into the spotlight to some degree. Super Kirby Clash isn't the only game that we got to learn more about during today's Nintendo Direct. In fact, you can head over to our Nintendo news hub to see more of the great games and things that Nintendo has in the works right now.

Pinball FX is being rebooted in 2021, teases 'Pinball Royale'