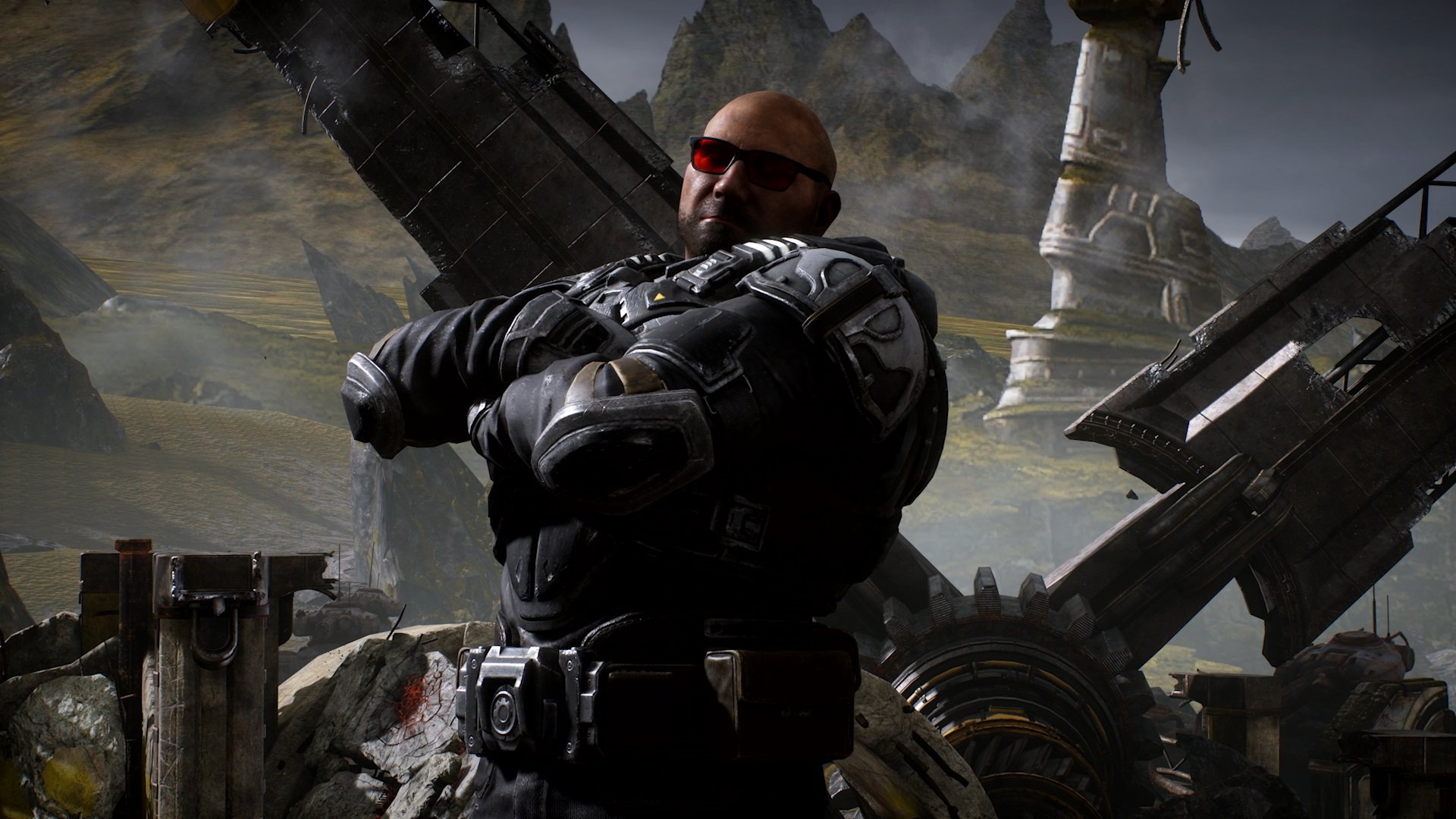 Perhaps you woke up this morning, thought about the number of celebrity cameos in video games, and wondered, "Where is Dave Bautista?" Somebody else might have asked, "Who is Dave Bautista?" In response to that, I would do them one better and ask, "Why is Dave Bautista?" And then I would point out that the Guardians of the Galaxy star is now set to be the latest big-time celebrity video game cameo, revealing on Tuesday that he'll be joining the playable cast of the upcoming Gears 5.

It’s about damn time. Play as me in #Gears5 starting Sept 15 after @WWE Clash of Champions. @XBox @GearsofWar #DreamChaser pic.twitter.com/bCU4ZIjdw1

Many will also remember Bautista as a former WWE World Heavyweight Champion, competing under the name Batista, a slightly-altered spelling of his last name. His Gears 5 cameo will credit him as his WWE persona, which is appropriate given this special DLC's release date. Batista will be playable on Sunday, September 15, immediately following the WWE Clash of Champions pay-per-view event.

While retired from in-ring competition, Batista did take some time to pop up for this year's Wrestlemania against Triple H. Prior to that match, Batista delivered one of his most memorable wrestling promos, reminding fans of his larger-than-life presence.

Today has also proven to be an occasion for Xbox to remind everyone that, yes, the Gears of War movie is still a thing that's happening. During today's announcement, Xbox Wire pointed out the Guardians of the Galaxy star had publicly expressed interest in the role of Marcus Fenix. While casting for the Gears movie has not yet begun, The Coalition wanted to jump on this opportunity to get Batista into their latest game.

Unlocking Batista is simple. Play Gears 5 anytime between September 15 and October 28 and you'll pick him up, free of charge. If you have Xbox Game Pass Ultimate, that should prove to be a simple matter of downloading the game and jumping in.

Gears 5 is set to release on Xbox One and PC on September 10. If you'd like to learn more about the game, we went hands-on with Horde Mode at PAX West.