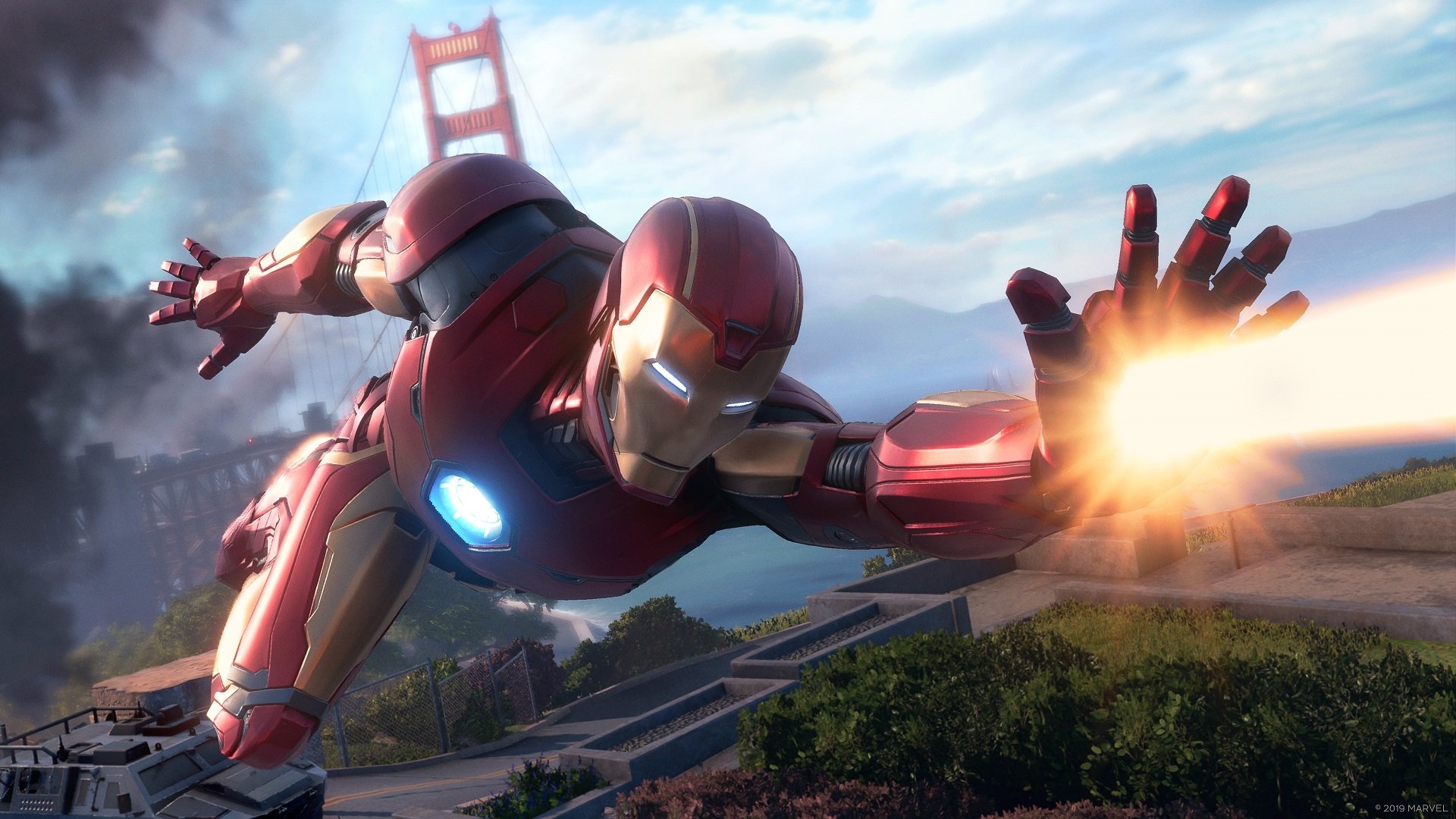 Prior to Gamescom, Square Enix released a more complete look at the prologue stage for Marvel's Avengers. They witnessed the full events of A-Day, which started out as a day of celebration and quickly became a day of infamy. It's one thing to watch, but it's another thing to personally jump into the game and get a first-hand look at how the upcoming game feels. Shacknews had an opportunity to do just that at this year's PAX West, going hands-on with Marvel's Avengers for the first time.

Having grown accustomed to the third-person combat of Crystal Dynamics' Tomb Raider series, one would expect there to be a few similarities between that franchise and Marvel's Avengers. Visually, the two do strike a similar feel, specifically the third-person perspective and the size of the character models. That's where the commonalities end.

For the prologue mission, players will switch off between each of Earth's Mightiest Heroes. They'll all have their own specific skill set and area where they excel. Let's break them down one-by-one:

It wouldn't be a superhero game if there wasn't an element of Batman: Arkham Asylum in place. And sure enough, Marvel's Avengers incorporates one key element of that pioneer title's combat, warning players when they're about to take an incoming hit. If there's an exclamation point that pops up, players can hit the dodge button to get out of the way and keep their combo going uninterrupted.

The A-Day prologue is where the playable portion of Marvel's Avengers ended, but that's certainly not where Crystal Dynamics plans to stop. Following A-Day, Advanced Idea Mechanics (AIM) will have the nation under surveillance, prompting the Avengers to come out of hiding and reunite. They'll operate out of a dilapidated Helicarrier, which players can gradually restore as they complete missions. These missions range from Hero Missions, which focus on a specific hero and play out in a traditional campaign style, to Warzone Missions, which can be played with any hero and with up to three other players. All missions will move the overarching story forward.

Players can upgrade their heroes over the course of the game. Each character will have a detailed skill tree, one that looks similar to the one seen in 2018's Marvel's Spider-Man game. They can also find character-specific gear, which can offer different stat buffs and power increases. With differing rarities, the gear system looks like something very similar to Bungie's Destiny. And of course, there will be plenty of cosmetic outfits to find throughout the game. Crystal Dynamics will look to pull from 80 years of Marvel history, using iconic outfits from Marvel's comics, movies, and television. Example outfits include Iron Man's armor from the Original Sin comic storyline and the Hulk's Joe Fix-It pinstripe suit.

There are still a lot of details about Marvel's Avengers that are shrouded in mystery, including the additional heroes that will join the core five members. Crystal Dynamics will reveal more of those details in the months ahead, specifically noting that they'll reveal more about co-op play in early 2020.

Marvel's Avengers are preparing to continue their fight and assemble once more. Keep it on Shacknews for more details as they come in. Marvel's Avengers will release on PC, PlayStation 4, Xbox One, and Google Stadia on May 15.