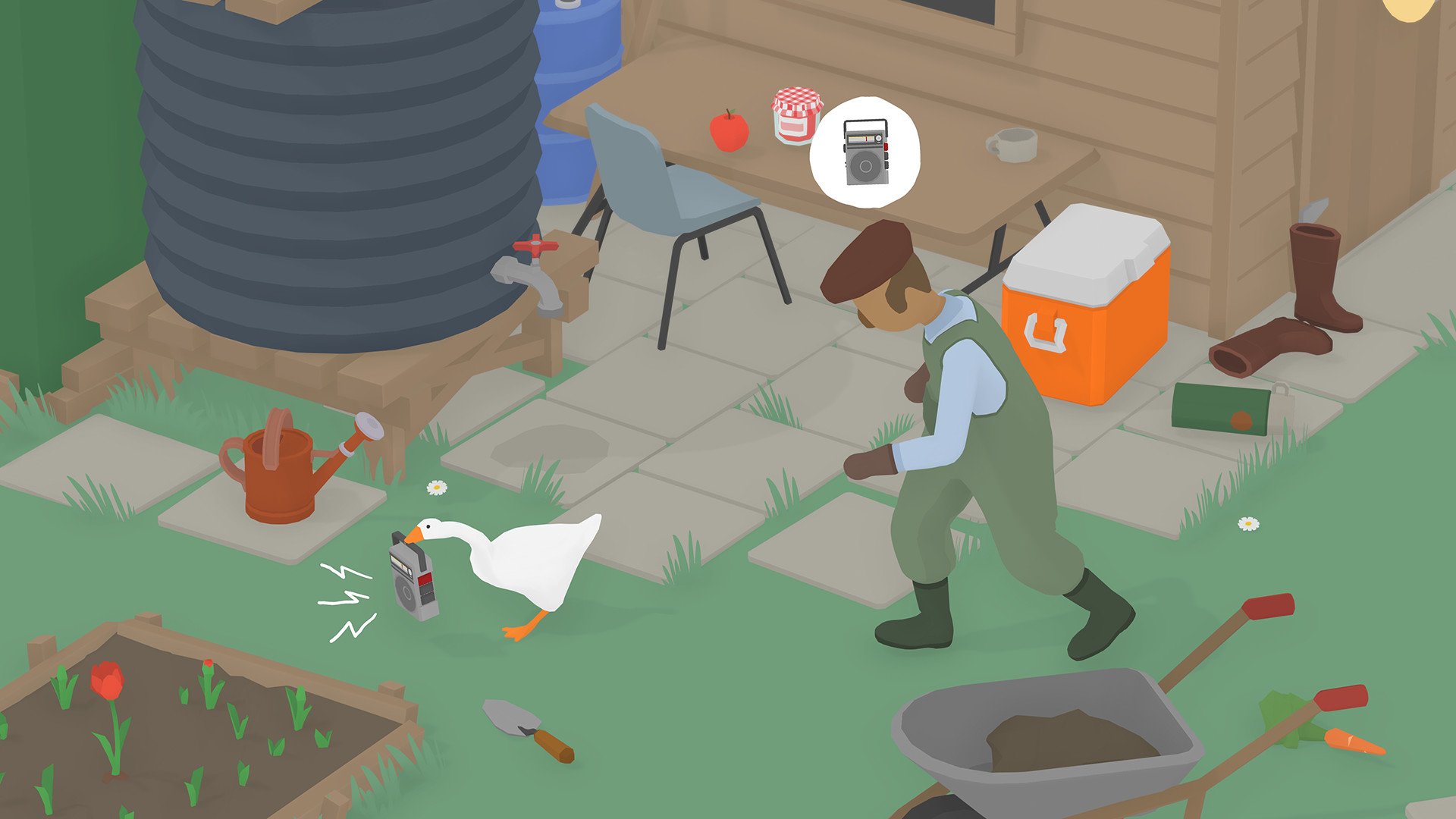 Ready to try your hand at being a jerk in Untitled Goose Game? It's headed to the Nintendo Switch and PC by way of the Epic Games Store very soon.

This September, you can honk at other people as a goose all you want in Untitled Goose Game as you play around in this strange sandbox title. If it involves annoying people and setting up pranks, it's fair game. Here's the official synopsis:

"It’s a lovely day in the village, and you are a horrible goose. Untitled Goose Game is a slapstick-stealth-sandbox, where you are a goose let loose on an unsuspecting village. Make your way around town, from peoples’ back gardens to the high street shops to the village green, setting up pranks, stealing hats, honking a lot, and generally ruining everyone’s day." Sounds pretty fun, right?

Shacknews last checked out Untitled Goose Game back during PAX West 2018, where we spoke to House House developer Nico Disseldorp about what to expect from the hilarious game.

"You can waddle, flap your wings, and generally be a goose. If you've ever met a geese, you know they can be a bit mean. This goose is very mean."

The Nintendo Switch title, which had been on showcase during PAX West 2018, was an instant hit with crowds, as it lets you do a wide variety of hilarious stuff to mess about with the farmhand in-game. You basically just do annoying things to make the farmer angry, which makes for some side-splitting situations.

Now you can make it your own when it debuts on Switch, PC, and Mac on September 20. Be sure to mark your calendars for this one. It looks like a hilarious blend of fun and surrealism.