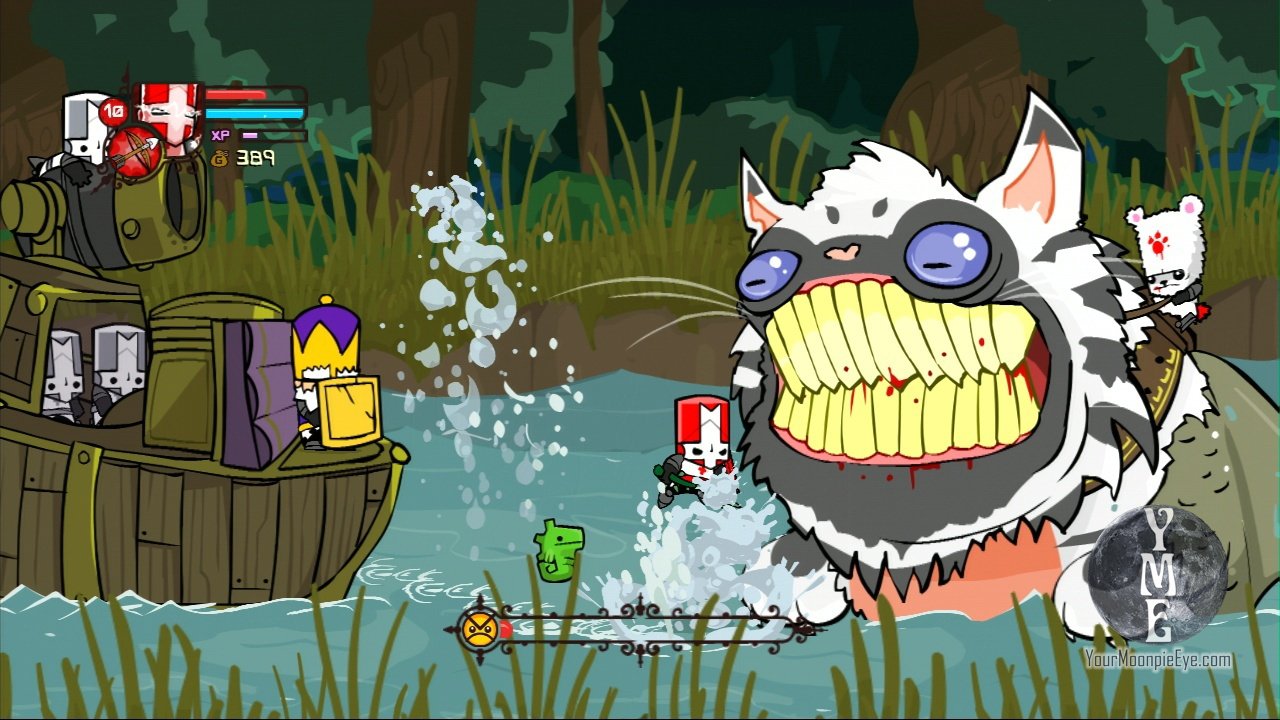 Castle Crashers Remastered is finally touching down on Switch this September, with a PlayStation 4 version debuting "shortly after."

As far as what remastered actually means here for the Castle Crashers Remastered version on Switch, the team at developer The Behemoth breaks down what all is new in this version:

The PlayStation 4 version of the game is in the final stages of its submission process, and the team doesn't want to announce a launch date until everything is "100 percent finalized," according to the team.

“Although Castle Crashers Remastered has been around for quite some time, we haven’t brought a game to a Sony system since the PlayStation 3, or a Nintendo console since the GameCube,” said The Behemoth in an official blog post. “We’ve gone generations in between then and now, and while we’re beyond excited to be bringing Castle Crashers to modern consoles, making that leap has come with a number of difficult development challenges."

“Some of these challenges took us longer than expected to work through; in fact, the PlayStation 4 version of the game is still going through it’s final approval processes, which is why we are not yet confirming it’s exact launch date. However, we wanted to take our time to make sure that when we launch the game it is complete, polished, and the best quality it can be.”

If you're interested in picking up the Switch version, you don't have much longer to wait. It will be available on the handheld/console hybrid on September 17. Be sure to round up some friends to play with.