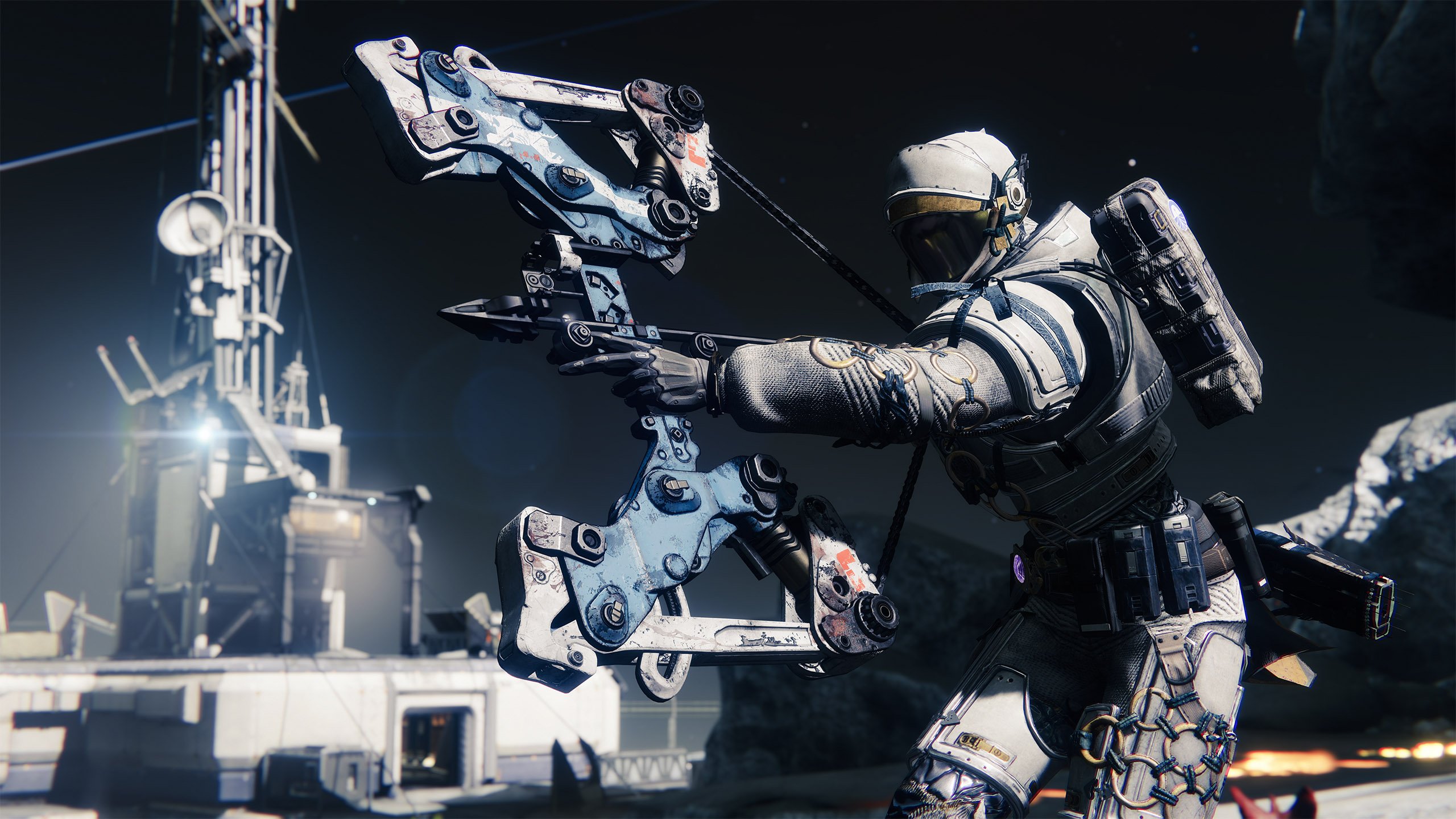 Destiny 2 is always going to have that Destiny vibe but, man, things are about to change and many players who haven’t played in a bit are in for a shock. Besides going free with the New Light system, Destiny 2 is changing up how it handles seasons, introducing ranks that can both be earned through play, and even purchased as a season ends. This potentially, rocky path will have to be explored more once its live, but Smith also paints some pretty cool pictures about how seasons could work in terms of an evolving game world.

Destiny 2’s seasons are going to be both free and paid. As in, parts of the content introduced each season will be free to all, but other parts will be exclusive to those who buy each one. However, all players will be able to earn ranks each season, but how it works will vary based on the free path versus the premium path.

That’s why we’ve added 100 ranks to earn each Season, with Free and Premium track rewards, plus a UX design that’s intuitive and familiar if you play other games. Unlike those other games, you’ll make progress by earning XP doing the things you’re already doing in Destiny—defeating monsters and completing bounties and activities. This is about a new additive layer of predictable rewards for just playing the game.

The kicker with season ranks, is that nearing the end of each season players who don’t think they will be able to reach Rank 100 will be offered the opportunity to pay to catch up.

Some other games let players buy every rank when a new Season begins. In Destiny, we want your time spent playing the game to matter; we want the first players who unlock a bunch of the sweet stuff to have unlocked it through play, not pay. Some players are going to work super hard trying reach rank 100 as quickly as possible. We think that’s great.

But again, all of you play Destiny 2 differently, and when we say we want the whole community to be part of how the world changes every season, we keep coming back to giving players the choice of how they want to spend their time. Based on how a lot of you play, 100 ranks is going to be cleared in the season, but not all of you will have the time.

To solve for how our community plays Destiny, we’re planning to allow Season Ranks to be purchased as a catch-up mechanic late in the season. We’re going to wait to see how players engage with Season Ranks and make sure it’s tuned well before determining exactly when we unlock the ability.

Truthfully, I’m sitting between worried and fully alarmed right now regarding Destiny 2 and the way the microtransactions will work in Year 3. We know we’re getting the ability to basically layer cosmetics over our armor, and those cosmetics will run through Eververse. I can see a place where this gets out of hand in a big hurry.

Moving along, we end up with the ability to pay to catch up if you can’t play as much as someone like myself. I’m not really against that, but it should be noted that another acceptable way to fix this problem would be offer acceleration in the last month of the season.

That said, my concern is more about being vigilant because if you give an inch someone will take a mile. I’m down to spend money on Destiny 2 cosmetics, I just don’t want to see full Battlefront 2. You never go full Battlefront 2.

Switching gears away from cosmetics and microtransactions, though, Smith had plenty of cool stuff to talk about in terms of how he sees Destiny 2 in the future. The goal will be for the game world to change from one season to the next, with activities retired and new ones brought in. To illustrate this, Smith talked of how this system would work during the Season of the Forge and the Black Armory content.

A week before the Season begins, all players receive a note in their mailbox. It simply reads: “I have returned from the stars. Meet me on Dec. 4 at 10:15 AM PST. —Ada” Once this note has been given out, a small countdown timer appears on the Traveler. When the timer reaches 0, players in the Tower see a ship unlike any they’ve ever seen land between Zavala and Lord Shaxx. A figure transmats out and walks through the Tower, opening a door that had long been shut. Players follow the character through the Tower and the figure lowers her hood and greets players, “I am Ada, and we have work to do.”

The Season Pass in the Director is updated, the rewards are revealed, and now Ada and players begin a Season-long experience of refining forges in the world, completing bounties, finding materials, working on Black Armory armor sets, and taking on the new raid, Scourge of the Past. In a twist, Datto and his group are the first to finish.

As players work together to forge weapons early in the track, smithing and building new ones, the room around Ada begins to change. The schematic data from players’ work is resulting in new weapons and mods for players to create. These weapons and mods don’t all require playing the Seasonal activity—some of them are found in new encounters within strikes, some of them are forged in Last Wish (like the Alchemy Lab in Blackwing Lair).

As the player community plays, meta objectives are revealed. Once a certain number of players have unlocked ranks on the Pass, cinematics unlock for everyone to watch. We see the Drifter and Ada arguing over something pitting the two against each other, the scene ends with Drifter raising an eyebrow at a set of gun schematics behind Ada.

As the Season winds to a close, the Drifter begins to summon players to him. He’s having a new space built in the Tower, and the first people he asks for help are those who’ve earned the title of Dredgen. Now players begin to gather materials and donate them to fund the Drifter’s new scam. The Drifter won’t stop talking about the gun schematics he saw behind Ada.

Very late in the Season, players notice Ada’s room looks like it’s being packed up. She’s leaving. The schematics that sat behind her are missing. Over the course of a few weeks, she packs her equipment and, in an event similar to her arrival, she vanishes. Ada, her wares, and her forges are gone.

Banshee-44 reminds players that even though Ada is gone, she left him the schematics for her weapons and armor, and he’ll be rotating them through over time.

And the Drifter asks you to visit him, saying he’s got a surprise…

That, to me, sounds fantastic. I’ve long wondered where this is all going. We have so many pots on the stove and rarely do we see something reach a conclusion. It seems that Bungie has been weighed down by their old methods of development, and this would be an attempt to relieve some of that pressure and push things forward.

You can read the entire blog post by Luke Smith for yourself. We’ve included some lengthy quotes, but there is a lot more to dig into. Once you’re done there, visit our Destiny 2 strategy guide and get back in the fight, Guardian.