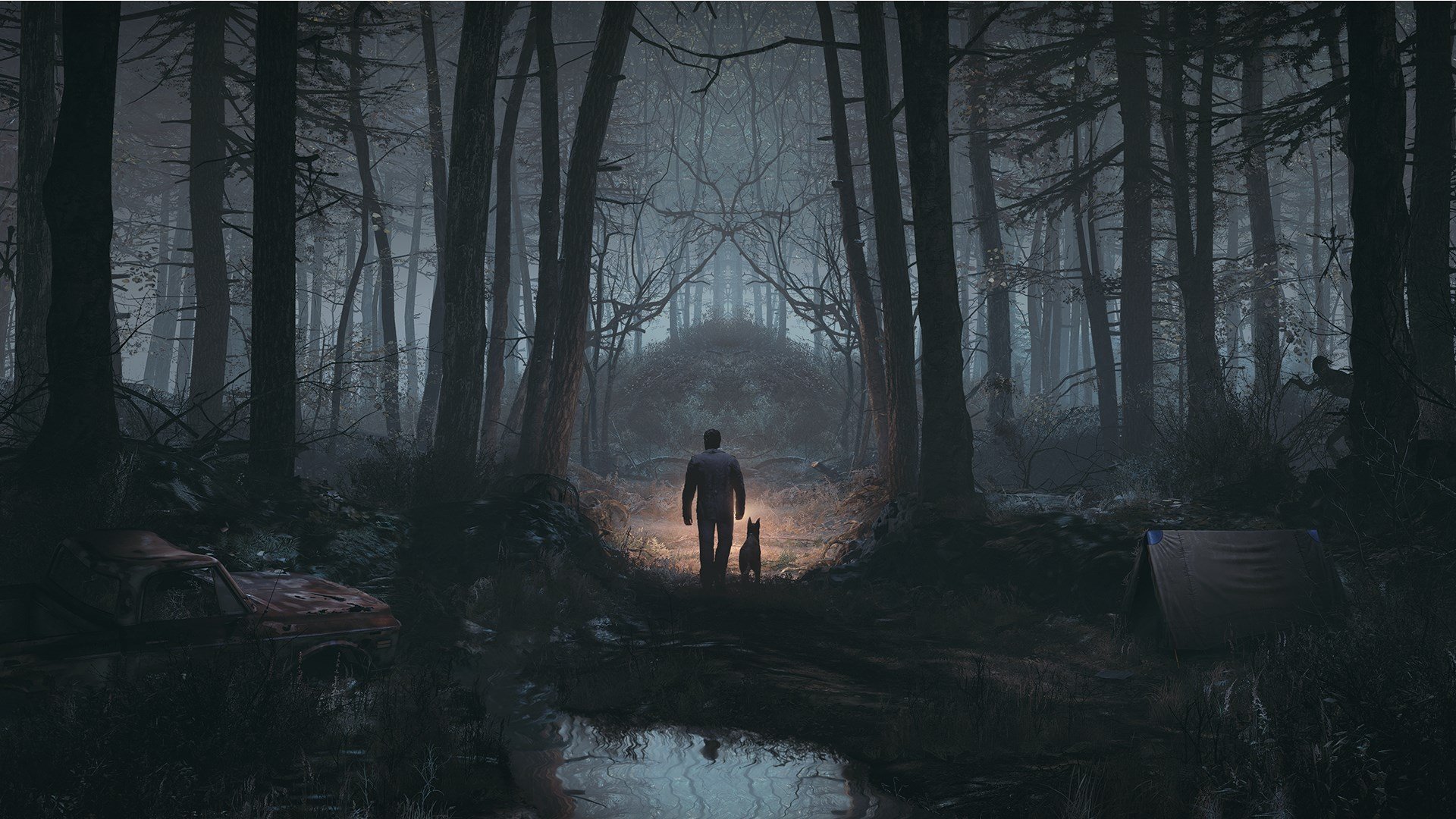 Can you pet the dog in Blair Witch game?

Blair Witch is back in a big way, with a brand new video game entry from Bloober Team, the developers who brought us Layers of Fear and Observer. First debuted during E3 2019 at Microsoft's E3 presentation, it was unveiled as a terrifying journey through the cursed Black Hills Forest as protagonist Ellis and his canine sidekick Bullet in the year 1996. Blair Witch was shown to include a dog that fights at your side, helps you track scents, warns you when monsters are nearby, and helps you get to hard-to-reach items. Naturally, after seeing Bullet in action, players were curious about one very important thing: can you pet the dog in Blair Witch?

Can you pet the dog in Blair Witch?

Canine enthusiasts will be pleased to know that, yes, you can absolutely give your dog Bullet plenty of enthusiastic pets.

Blair Witch is all about strengthening your bond to your furry friend throughout the entirety of the game, so naturally you're able to lean down and give Bullet plenty of cuddles and pats. It wouldn't be much of a game without some sort of interactions with your dog, now would it? And here's the kicker – you can do it as much as you want, according to Bloober Team writer Barbara Kciuk.

To pet Bullet, hold LB on your controller to bring up the menu command circle. Select the upper right option to give him some nice pets. You must be close to him to get the menu option to light up, however. Tap LB to call him over to you, and then the option will light up when Bullet gets near. If just petting your loyal puppy friend isn't enough, you can opt to slide a dog treat his way as well by heading into your menu and holding it out to him. Yes, watching him gobble it up is just as adorable as it sounds.

Of course, there's a lot more to Blair Witch than just spending time with man's best friend. You've got some creepy woods to explore. For more help, be sure to check out all of the guides we've got on offer for Bloober Team's latest. Just don't get too scared.