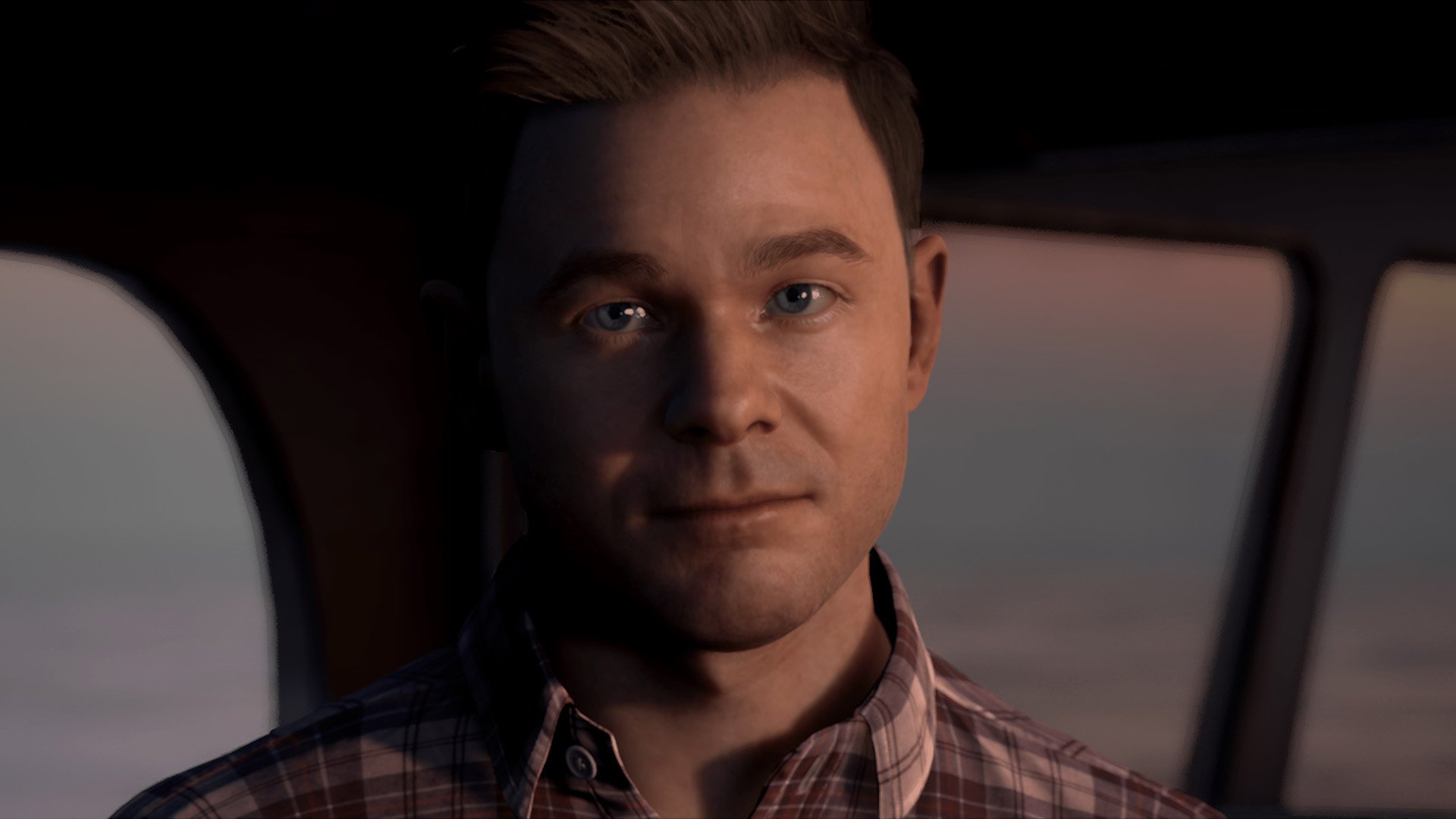 How to find all pictures & premonitions in Man of Medan

The first entry in Supermassive’s The Dark Pictures Anthology series is here, giving us a taste of what the developer has been working on since 2015’s Until Dawn. Alongside the plethora of choices that players can make along the way, they’ll also come across various pictures that when viewed can grant them short premonitions to help push your choices in the “right” direction. In this guide, we’ll detail how to find all of the pictures and premonitions in Man of Medan.

All picture and premonition locations in Man of Medan

All of the premonitions in Man of Medan will offer players a very simple look into the future at the outcome (both good and bad) of choices that you’ll make along the way. Finding all of the premonitions will allow you to really prepare for all the choices and consequences that lie ahead.

Because of Man of Medan’s heavy focus on narrative, we’ll be breaking down every single picture in the chronological order with which you can find it in the game. It should also go without saying but this guide contains a ton of spoilers, so users looking to enjoy the full breadth of the game without spoiling anything will want to steer clear until they have finished it. This is your only warning.

Now that we have all the warnings out of the way, let’s start talking about the good stuff. Players will be able to find the first three premonitions of the game once they are aboard the Duke of Milan and have set out on their journey. Keep in mind that some pictures and premonitions may only be available on certain characters, so we’ve made sure to detail which character we found each premonition on so that you can follow suit. We've also broken down each portion of this guide based on chapter, which should make it easier to follow.

Of special note, there are two types of pictures that can be found throughout Man of Medan. White framed pictures offer a glimpse at possible futures, while black framed pictures appear to offer a look at various possible death moments for characters. There are three total achievements tied to the pictures, we've detailed them below:

The very first premonition can be found inside of a picture in the cabin of the Duke of Milan. While playing as Alex, explore the boat as the others prepare for the dive. While exploring, head down into the lower cabin to speak with Brad. Before speaking with Brad, though, look at the wall immediately beside the bottom of the stairs and interact with the picture here to trigger the first premonition, High and Dry.

The next premonition can be found after you take control of Fliss aboard the Duke of Milan. After speaking with Conrad and checking out everything upstairs, head down into the lower cabin of the boat. When you reach the bottom level of the boat, head to the back of the area and look for a door on the left that Fliss can open. This is her room and it's locked for everyone else. Inside you’ll find another picture, which when interacted with will trigger this premonition.

The third premonition can be found after Julia and Alex make their way down into the plane wreck at the bottom of the diving area. Once inside, head forward into the first little area. Look out for the shiny notification symbol that appears on items you can interact on. It can be spotted on the bottom left-hand area of the plane’s insides. Interacting with the picture here will trigger the premonition and add it to your collection.

There are no collectibles here, however, players will need to make sure that Brad stays undetected, as he will need to remain hidden on the Duke as this will unlock a brand new chapter that you can play through later to find even more secrets on the ghost ship. To accomplish this, you're going to want to make Conrad go along with the pirates' demands so as not to cause a scene. You'll want to pay very close attention to make sure that Brad isn't detected throughout this entire chapter.

In the Offing - Black Framed Picture

After escaping the room the pirates locked you in you will find yourself exploring the ship. If Conrad escaped via the speedboat in the previous chapters, then you'll be playing as Alex here. No matter who you are playing as you'll want to make your way through the ship's corridors until you exit the bridge and pass through a doorway where you'll find a book on a table. This is one of the many secrets that you can find in Man of Medan. This particular collectible, though, can be found on a cupboard to the left of the door that exits out of the back of the room.

The next picture can be found after you reach a massive kitchen area while playing as Alex. There are several items in this area, but the picture that you're looking for can be found in the room just as you exit the kitchen. Look for a book on a table and then search for this picture on a nearby wall. You should be able to see the glimmer of the collectible from a good ways away.

Continue through the game until you take control of Fliss once more. While being escorted by the pirate (a guy named Danny), wait until after you watch a short cutscene where Danny thinks that he sees a guy laying on the ground. It's just a trick of the eyes, though, and the "man" turns out to be a pile of rubble with a hat hanging on it. Head through to the next room and then continue until Danny makes a comment about the ghost of a screaming corpse still being on the ship. Fliss will reply that he has no idea what he's talking about and then you'll regain control.

Move past the screaming corpse to the end of the corridor where you should see this picture hanging on the wall just around a corner. At first Danny will push Fliss away from it before she can see the premonition. Keep moving and Danny will have a bit of an episode. After he leaves and you regain control of Fliss, head back to the picture and interact with it to claim it.

Brad must have remained undetected during the Intrusion chapter for this chapter to even be available. There are several secrets to be found in this chapter, so it is extremely vital that you keep him hidden throughout that entire scene.

While making your way through the ship as Brad, continue through until you reach an area where Brad has to push a box against a wall to climb over it. After you climb over the wall, look through the room on the right-hand side. Here you'll find this picture waiting to be viewed.

Finding the secrets in this chapter is tough, especially if you've gotten used to spending a lot of time exploring and taking in the various sights and secrets you can find. While in the ballroom, ignore everything. There is a hidden timer here and if you spend too much time in the area, a demon will appear and chase Fliss away, causing you to miss out on the secrets that await you here.

To get through this area and get this picture without triggering the demon, head directly to the back corner of the room. Look for the door up on the stage and head inside. Triggering the lever here will cause the curtain on the stage to rise, giving you access to another room. You'll find the picture directly in this same room with the lever, so make sure to grab it before you leave.

in order to play through this chapter, Fliss and Brad must not have recognized each other in the chapter Ritual. To cause this, make sure Brad does not find the gas mask in Finding Friends and be sure to not head outside and clear Fliss' head. This will cause them to run away from each other. Conrad must also not be dead or have escaped via the speedboat.

When you first take control of Conrad, look around the first room on your left and you should spot this picture on the wall. There's also a map here that you can inspect to find another secret.

While playing as Alex, climb up the ledge from the weather deck as you try to locate the ship's radio. After you push through the door to the captain's cabin, look around the first room to find a logbook on the table, as well as the picture hanging on the wall, just before you head into the radio room.

We’ll continue to update this guide with new pictures as we find them. In the meantime, make sure you’re taking your time where you can and fully exploring each environment of Man of Medan. For more help with the game, head back over to our Man of Medan guide and walkthrough, where you’ll find plenty of info to help you survive the latest horror adventure from Supermassive Games.

How to change to keyboard controls - Among Us

How to close doors - Among Us
Login / Register